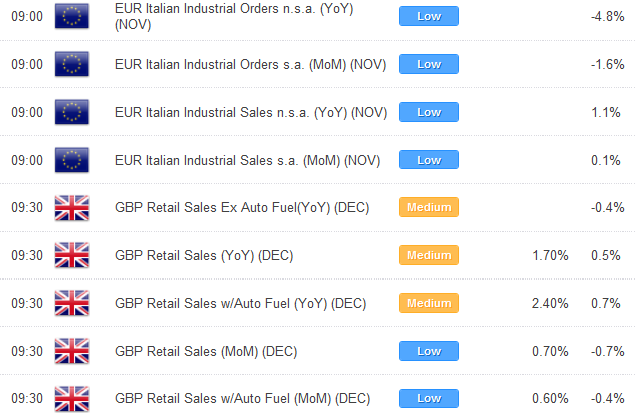 The Euro is looking to mount its first major short-term correction in several weeks, with the market attempting to establish back above the previous weekly highs by 1.2880. Market participants have found some renewed confidence in the single currency despite all the troubles in the region with the news that the IMF will be looking to offer another $1Trillion in aid and some very well received auctions out of Spain and France seen as the primary drivers for the renewed bid tone. Technical studies have also been warning of the need for some form of a bounce in this market, and although we continue to see the broader risks tilted to the downside, we would still not rule out the potential for this rally to extend over the coming days into the 1.3200-1.3500 area before underlying bear trend resumption.

While at this point it is still way too early to make any serious calls, we have been projecting relative underperformance in the commodity currencies over the coming months as the fallout from the global recession spreads. Our view from the start of the recession has always been a 3 phase recession view which originated in the United States, spread to Europe, and will soon move on to China, the commodity bloc economies and emerging markets. Although these phase three economies have slowed in the face of the US and Eurozone slowdowns, in our opinion, the intensity of the recession has not been fully realized in these regions. As such, we project relative underperformance in these economies even against the Eurozone going forward and look for crosses that have recently posted multi-year and record lows, like EUR/AUD and EUR/NZD to soon aggressively reverse course.

Data out of China has been less and less encouraging of late, while both Australia and New Zealand produced some extremely discouraging economic data this week, with terrible employment and much softer CPI respectively. With markets, it is also always about what has been priced in and what has not been priced in rather than what actually is at present. We believe that as bad as things are in the Eurozone, there is very little room for additional downside as most of the bad has been priced in, while in Australian and New Zealand, there is still a good deal of downside risk that has not been appropriately priced into markets. 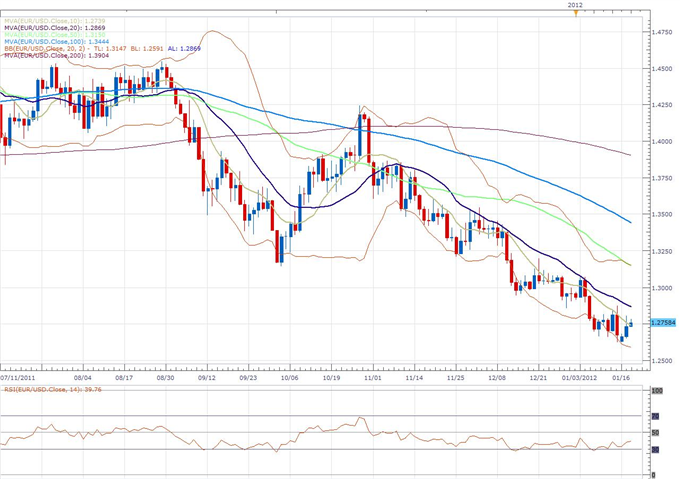 EUR/USD: The market has finally managed to find some bids and although the broader underlying trend remains intensely bearish, the risks from here are for additional corrective gains back towards the 50 and 100-Day SMAs in the 1.3100-1.3400 area before the next lower top carves out. Some falling trend-line resistance has already been broken on the daily chart and the 10-Day SMA looks to be on the verge of crossing back above the 20-Day SMA to provide added confirmation for short-term bullish structural shift. Setbacks should now be well supported ahead of 1.2750, while only back under 1.2620 negates short-term bull bias. 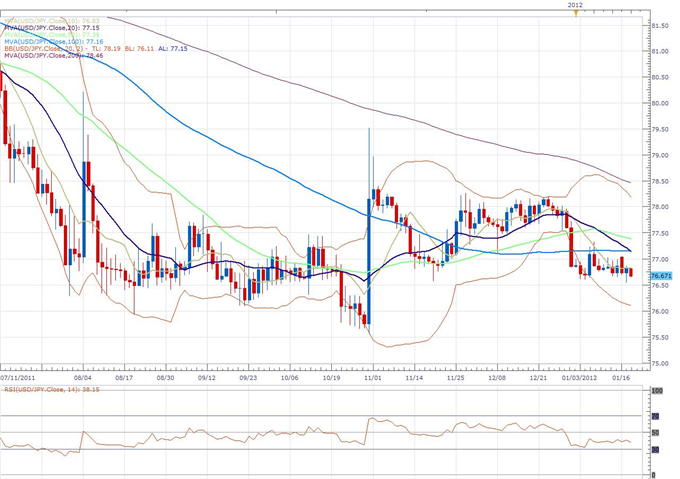 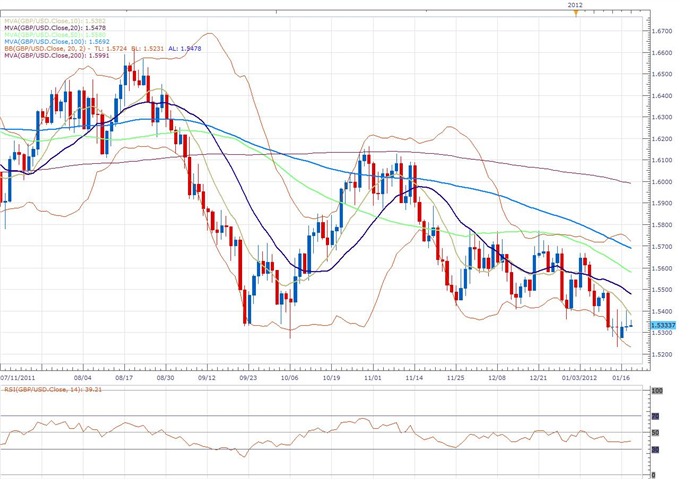 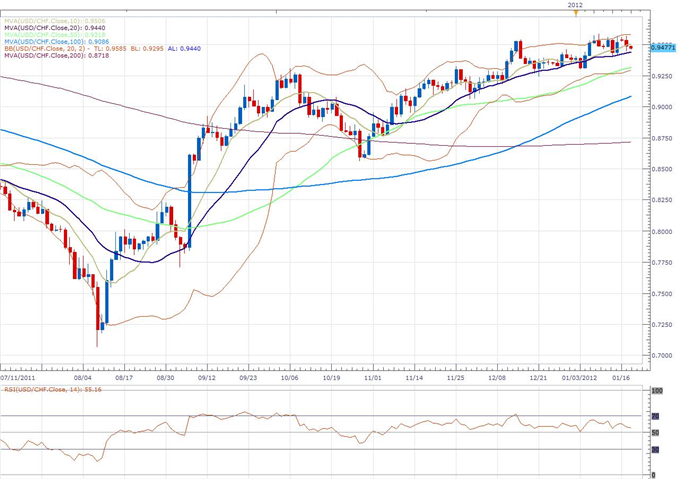