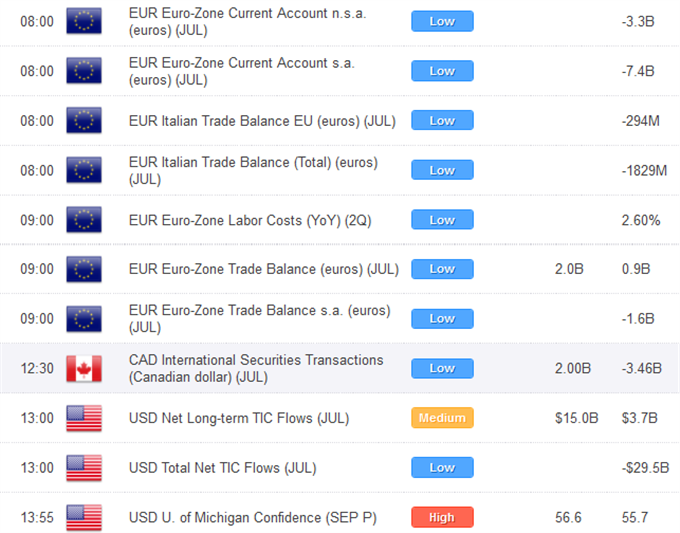 If we have learned anything since the onset of the global macro crisis in 2008 it is that any rallies on the back of efforts from central bankers and government bodies to artificially prop the markets have often been met with very solid resistance. The pattern is one in which market participants react positively on news that officials won’t let things get worse, before a reality sets in that the initial response from these officials was because things were so bad, and investors are once again panicked and look to head for the exits to more than offset any favorable initial reaction from the response.

While we are not against coordinated interventions and other measures to help prop and stimulate the global economy, we also feel quite strongly that these actions should not be taken as a sign that everything is now great and we are out of the woods. The rally in the global equities markets from the lows of 2009 and into 2011 was a perfect example of such an unwarranted reaction from investors and we are finally seeing the fallout from these aggressive moves which had US equities only some 20% off of their pre-crisis highs from 2008.

As such, this latest coordinated intervention from the Fed, ECB, SNB, and BOJ in which the central banks announced the revival of USD swap lines, should be taken with a grain of salt. The move which is aimed at relieving escalating USD funding pressures on European banks is also somewhat haunting as it comes on the 3 year anniversary of the day Lehman filed for bankruptcy, the very event which triggered the onset of the global crisis.

From our perspective, we continue to see downside risks to the global economy, with the European market crisis still at risk for additional deterioration. We project that the spillover and contagion from this crisis will soon ripple into the third and final phase of the global recession which ultimately exposes the Asian continent and emerging market economies. 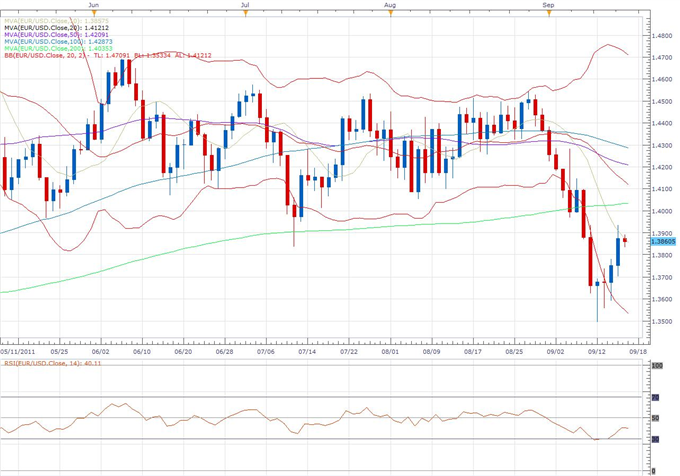 EUR/USD: The sharp pullback below the July lows and establishment below the 200-Day SMA solidifies the prospects for the carving of a major lower top on the monthly chart which now ultimately projects additional declines down towards the 1.2000 area over the coming weeks and months. However, with technical studies looking stretched on an inter-day basis, we see the RSI taking time to unwind from oversold levels to allow for the price to correct before once again resuming a downward trajectory below 1.3500. From here, look for additional gains over the coming sessions back into the 1.3835-1.4055 region, with the market seen elevating into this previous support now turned resistance zone (July low, 200-Day SMA, and August low) before once again finding some solid offers and the formation of a shorter-term lower top. Ultimately, any additional gains beyond 1.4055 should not be sustainable and only a break and close back above this level would delay our bearish outlook. 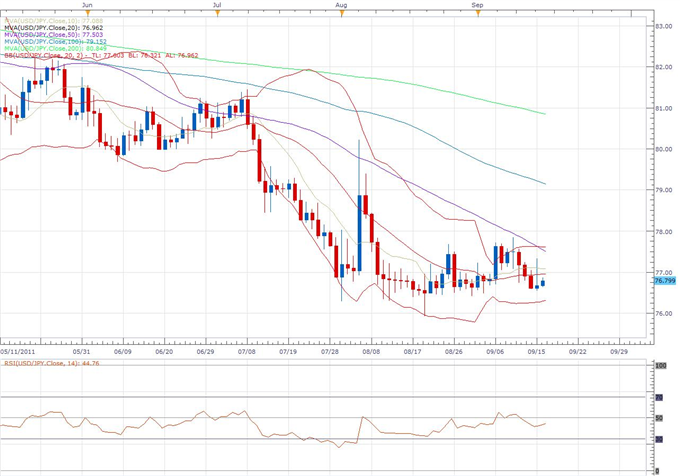 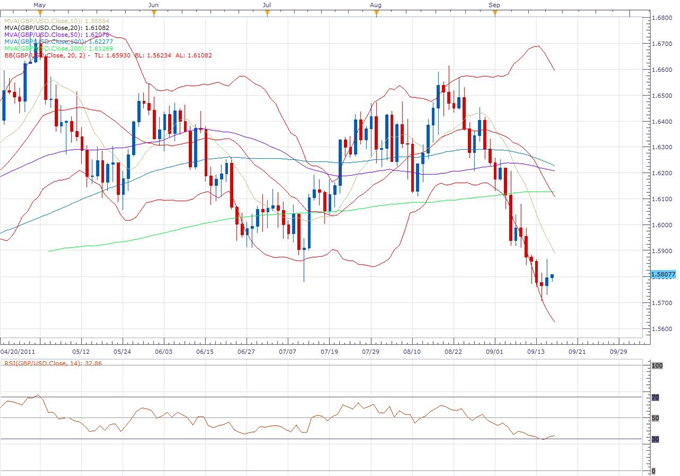 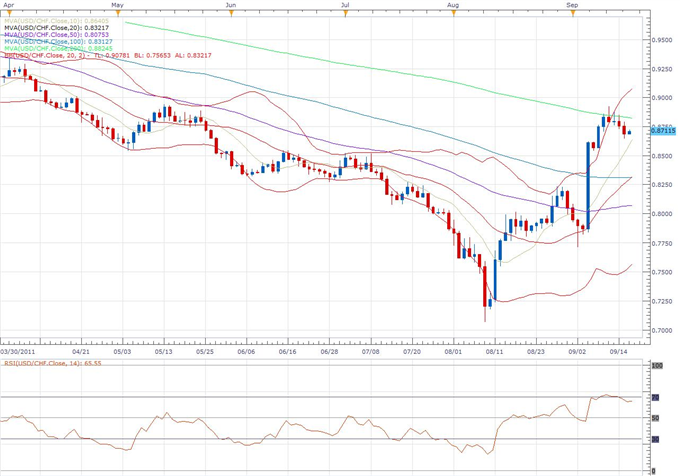