As we had anticipated in our commentary from Monday, the Euro was unable to sustain gains above 1.4000, with the single currency reversing course against the buck and closing lower on the day. At this point, we continue to see downside risks for the Euro over the coming sessions, with all of the hawkish ECB news priced into the market, leaving the price exposed to a sell the fact type scenario. Additionally, the Moody’s Greece downgrade has not helped matters, and this in conjunction with ongoing geopolitical uncertainty, should open the door for a more significant drop on Tuesday back below 1.3900. Geopolitics don’t however seem to be weighing on USD/CHF on Tuesday, with the Franc catching some heavy offers in early Europe in price action that looks and feels as though there are some official bids at hand.

While setbacks in the Euro were only marginal against the US Dollar on Monday, it was a completely different story for the Pound, which was sold quite aggressively across the board on the announcement that BOE ultra hawk Andrew Sentance would be replaced with a less hawkish Ben Broadbent. In recent weeks, the Bank of England seemed to be moving towards less accommodative stance, and this latest development lessens the possibility for a more aggressive reversal in monetary policy, putting more of the balance back on the dovish side. We also saw some weak data out from the UK, with BRC retail sales coming in worse than expected. Although RICS house prices showed improvement, there was still a good deal of softness within the data. Looking ahead to Thursday’s rate decision, we do not expect the Bank of England to change policy this week, and we expect that they will continue to maintain their ultra accommodative policy.

Elsewhere, the New Zealand Dollar has been making a bit of a comeback on Tuesday, with the oversold currency finding some fresh bids after the local newspaper reported that according to one of the banks, the RBNZ would not be able to cut rates this Thursday in response to the latest earthquake as inflation is already running too high. We are actually not at all surprised to see things play out this way after the AUD/NZD cross had been trading by near twenty year highs and was at a high risk for a healthy corrective pullback. The cross has been well offered on the New Zealand news which has also easily offset any Aussie positives from a better than expected NAB business confidence reading.

On the commodity front, both oil and gold are looking like they could be on the verge of rolling over, and we see risks to the downside in these commodities over the coming days. As per our commentary on Monday, we favor shorting oil over gold as this market seems to be a little more stretched and therefore more exposed to a greater corrective pullback. The break back below 104.25 confirms bias and opens the door for a drop towards 100.00 over the coming sessions.

Looking ahead, the economic calendar is rather quiet for the remainder of the day, and it looks as though German factory orders are the feature release in European trade. US equity futures are tracking moderately higher into the European open, while commodities are moving in the other direction, led by oil declines. 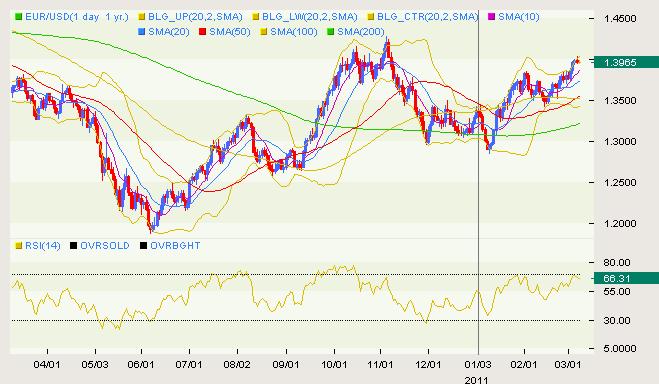 EUR/USD: The market has since stalled out after breaking above 1.4000 and the latest topside failure should not be taken lightly, with the market stalling around some key resistance at the 78.6% fib retrace off of the major November-January high-low move and by the psychological round number barrier. For now, we will use 1.4000 as our gauge for directional bias. A daily close above 1.4000 will open the door for a direct retest of 1.4280, while inability to establish above the figure on a daily close basis will open the door for a meaningful bearish reversal. A break and close back below 1.3940 on Tuesday helps to confirm short-term bearish reversal prospects. 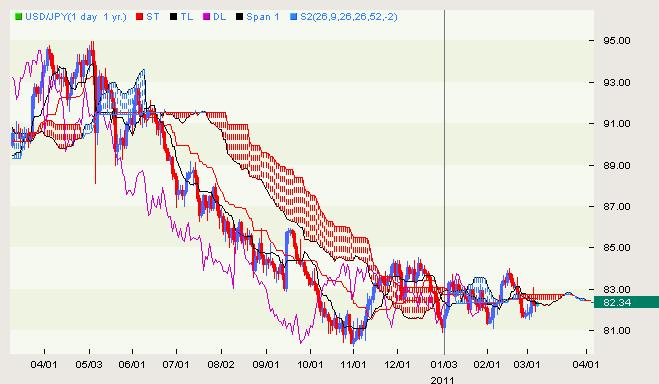 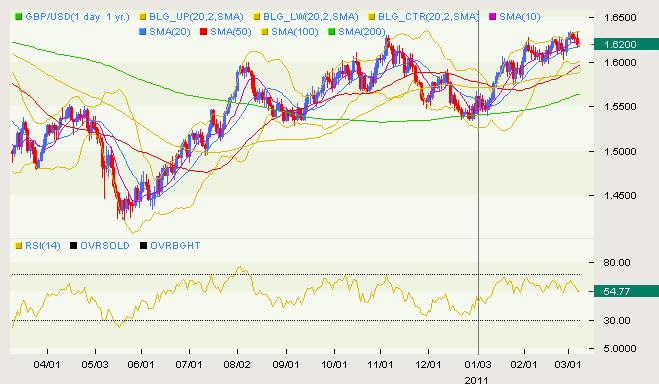 GBP/USD: The 1.6300 handle continues to be a difficult obstacle for bulls, with the market unable to hold above the figure for any meaningful period of time. Monday’s bearish outside day was impressive with the market engulfing the previous 2 day range and closing just under 1.6200 to now open the door for deeper setbacks over the coming sessions. Look for a drop towards the 1.6000 area, while back under 1.5960 accelerates further. Intraday rallies should be well capped ahead of 1.6300. |only back above 1.6345 negates. 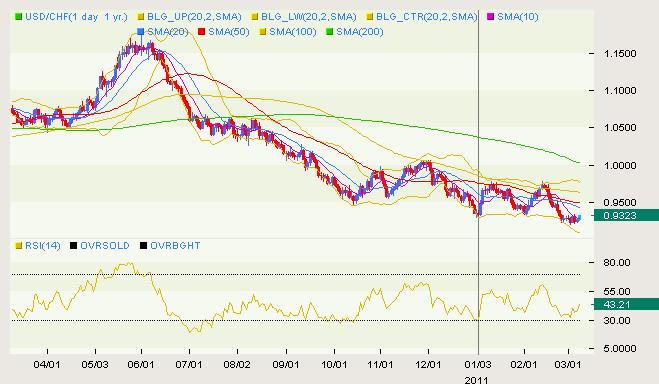 USD/CHF: The latest break to fresh record lows by 0.9200 is certainly concerning and threatens our longer-term recovery outlook. Still, we do not see setbacks extending much further and continue to favor the formation of some form of a material base over the coming weeks in favor of an eventual break back above parity. From here, big figures become key support as we are in unchartered territory, while a daily close back above 0.9330 would help to encourage bullish reversal prospects.