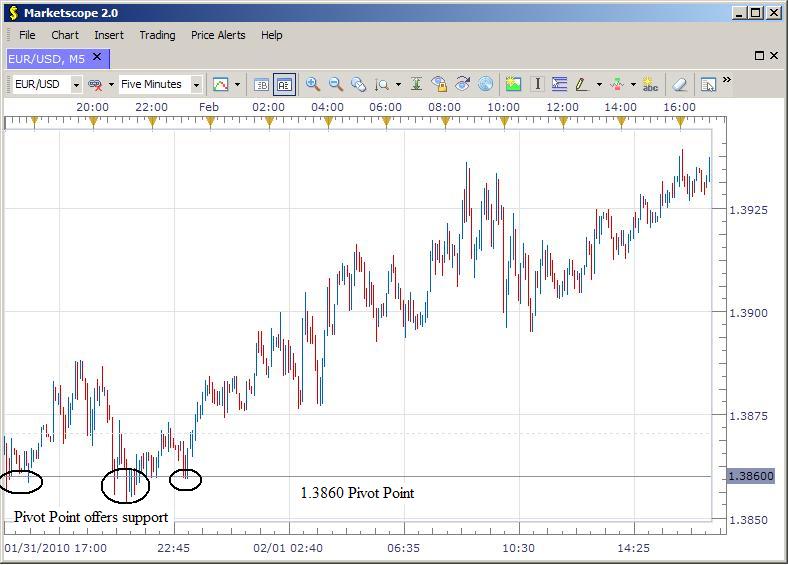 What is the Average Directional Index (ADX)?

But now after another move up, the pair has pulled off of the highs and is moving down and you wonder if there is a way to measure the strength of the move so you could have exited earlier to protect more of your profits.  There is and it is called the Average Directional Index (ADX).  Developed by J. Welles Wilder, the ADX is meant to evaluate the strength of a current trend, be it up or down.  The important point is that this technical indicator will not give you the direction of the trending move, but rather will tell you if that move is gaining or losing strength.  A simple look at the ADX plotted on a daily chart of the EUR/USD shows the value of this tool.

We can see that the market was moving up strongly as the ADX was moving up.  I have drawn lines on the chart with an arrow showing where the ADX peaked and started to move down.  We can also see that this change in trend of the ADX was also a change in the direction of the EUR/USD.  If the market was in a downtrend, the ADX would also rise as the market was selling off and peak as the market started to change direction back to the upside.  But the key is to remember that this indicator only measures the strength of the trend and does not tell us the direction of that move.  As a trend trader, this change in momentum can be a valuable tool to help you determine the end of a strong move.  If trading with the trend, a trader using the ADX on EUR/USD trades would exit as the ADX peaked and started to move down.  This way the trader would be able to better time their exit and keep more of the profits in the trade.