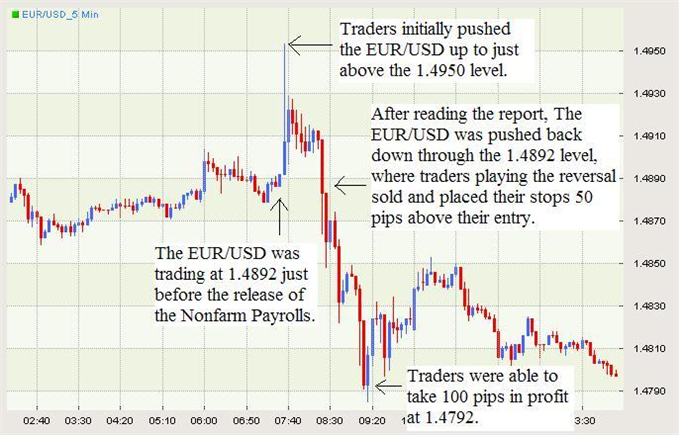 I would once again like to remind traders of what is happening this Friday, December 3rd at about 830AM Eastern, which is when the US Department of Labor will release the most anticipated news report of the month, the US Nonfarm Payrolls. This report can result in increased volatility and a chance to profit handsomely in a short period of time.

These traders were playing the reversal and taking advantage of the fact that the first move after a release is often based on emotions and wrong. Here is a 5-minute chart and an example of a reversal after a release of the Nonfarm Payrolls. We can see that just before the release, the EUR/USD was trading at 1.4892. After the release, the market started to rally up to just above the 1.4950 level. The market then started to reverse and traders who were playing the reverse sold at the price the market was trading just before the release. The assumption here is that all traders who bought after the release are now in a losing trade and are selling to get out. So these new traders sell at 1.4892 to get in and use a 50 pip stop with a 100 pip limit order to take profit, which is what we recommend in our DailyFX Courses. This is our 1:2 risk:reward ratio and allows us to be profitable if only winning 34% of these setups. The market soon moved down 100 pips from the 1.4892 entry and rewarded those who were patient and reacted to the market environment rather than the emotional first response to the release. These reversal traders will also use the EUR/USD as much as possible in these situations because of the increased volume and better fills. But you don’t have to be first to get into the trade to be right, you just have to be patient and react to the market and not the news release. The EUR/USD doesn’t act like this on every release, but it does frequently enough to make this a valuable strategy. 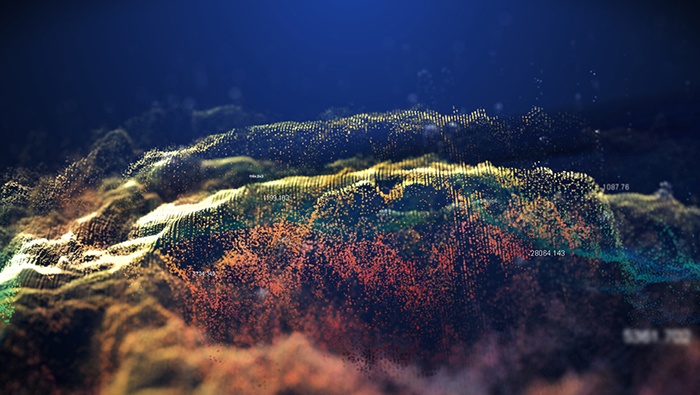