Perhaps the top event risk on the docket over the next 24 hours is the Bank of Canada (BOC) rate decision scheduled for 15:00 GMT. While this event doesn’t carry the same kind of macro weight as its peers like the FOMC, ECB or BOE next week; it nevertheless can prove a source of volatility for the Canadian markets and the local CAD Dollar. At present, Canada’s benchmark rate stands at 3.75 percent which is near the top of the field of the majors, just behind the Reserve Bank of New Zealand’s and Federal Reserve’s key rates. Depending whether the central bank decides to hike 25 basis points (bps) or 50 bps, it could be raised to match the current US or New Zealand rates respectively. That would seem to put a currency cross like USDCAD – the most liquid of the Loonie crosses – in the crosshairs, but there is reason to look elsewhere.

While USDCAD could receive a jolt if the BOC decides to move forward with a smaller 25bp hike and/or significantly throttle back on its rhetoric for monetary policy intentions going into 2023, the alternative of an ambiguous hawkishness will likely find such a pair struggling quickly. That is because there is a similar tenor to the Fed’s outlook (at least as far as market speculation goes), and anticipation will quickly shift over for the US Dollar component’s attention out to next week’s Fed decision. 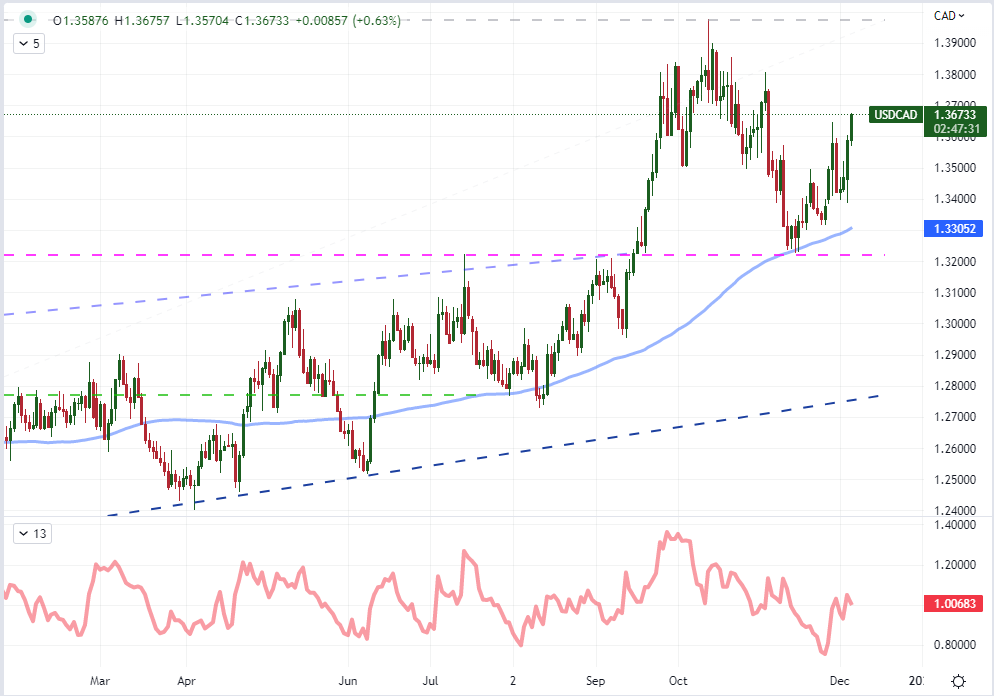 To visualize further the restriction around the USDCAD’s fundamental constraints, consider the relative monetary policy standings of the major central banks below. This is where I would place these groups relative to each given considerations of current policy stance, forecasts from the market for further changes (the number in parenthesis is the implied yield through mid-2023) and the rhetoric of the group. While a rate hike this week from the BOC would be significant, there remains a significant discount to the Fed – and thereby the Dollar – through mid-year rate forecasting. More movement – particularly when considering volatility in both directions – would come from a cross whereby the counterpart has a significantly divergent policy stance and there isn’t heavy anticipation for definitive event risk in the immediate future (which would dampen my interest in a pair like EURCAD). 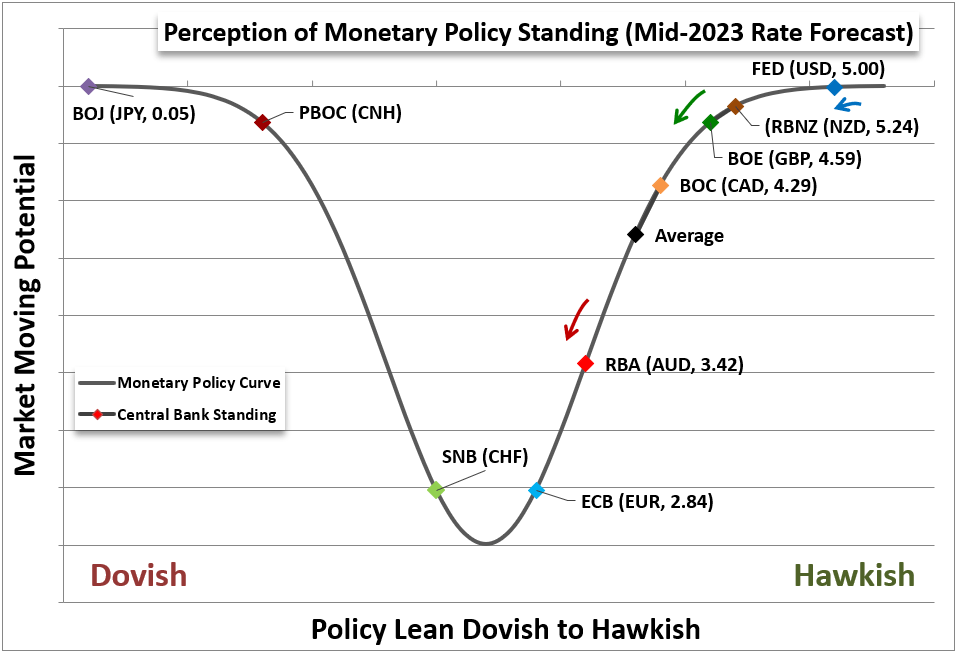 CADJPY, like most Yen crosses, puts a direct spotlight on the scale of hawkishness from the BOC. Given that the Japanese authority has committed itself to its near-zero benchmark and yield curve control, the picture that CADJPY presents is more directly a reflection of the Canadian monetary policy trajectory. If you compare the cross’s price action to the yield differential between 2-year Canadian and Japanese yields, the 60-day rolling correlation (equivalent of three months) is particularly strong. However, there has been some notable deviation between the differential and cross this past month. This has arisen as the rise in rate expectations has slowed and risk trends have started to express greater volatility – at least in the FX market. If the BOC shirks off anticipation of a ‘bearish hike’ (a scenario where the BOC may hike 25 or even 50 bps but then make very clear they intend to end the rate hike era soon), the Loonie could garner more traction here than other crosses. That said, it is likely that the BOC does further deceleration anticipation for future hikes. 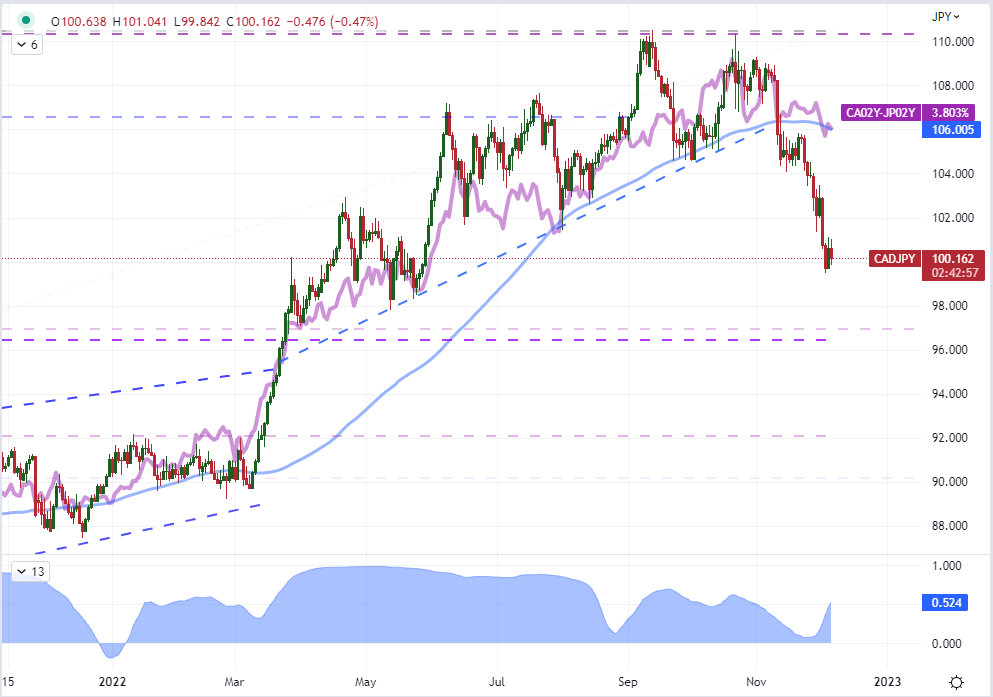