Recommended by John Kicklighter
Download the Full USD Q4 Forecast!
Get My Guide

There was no stopping the US Dollar through the third quarter. The world’s most liquid currency drew on the benefits of a striking yield advantage on an aggressive Federal Reserve rate hike regime, staved off growing criticism over trouble growth forecasts and it even dipped into its storied safe haven status amid more serious periods of market tumult. These principal fundamental influences will only intensify through this final quarter. With the Fed due to meet on policy twice more this year and rates pricing in a benchmark rate in December closer to 4.25, the focus should intensify around peer central banks’ actions. As the collective global policy regime tightens, the pressure will rise for exceptional safe havens. While it is still possible for the Dollar to keep pacing its partners through rates and economic potential, I doubt there is unlimited untapped potential. Yet losing a rising for lift is not the same thing as prompting it to reversal.

It Began with an Interest Rate Advantage

As we move into October, the concept of a hawkish central bank that is wiling to tolerate market swoons and mild economic contraction is more common. That is a big reversal from the first half of the year where there remained deep scepticism around whether the policy authority would allow for market volatility after stepping in so many times since the Great Financial crisis. After constant reiteration, it now seems consensus among market participants that the US central bank is indeed emphasizing its fight against persistent inflation above more short-term prospects. That will help keep a current and forward yield advantage to the USD, but carry appeal is growing increasingly suspect against a backdrop of volatility. While US yields may be high in relation to where we have been in the past decade, we are far from the levels of 2005 and many other peers that were dovish hold outs are looking to pace or close the gap. In an uncertain market that charges volatility, carry is not a reliable draw. It would be hard to further bolster the profile of the Dollar in a meaningful way via carry channels, but it is certainly possible with pairs like USDJPY. 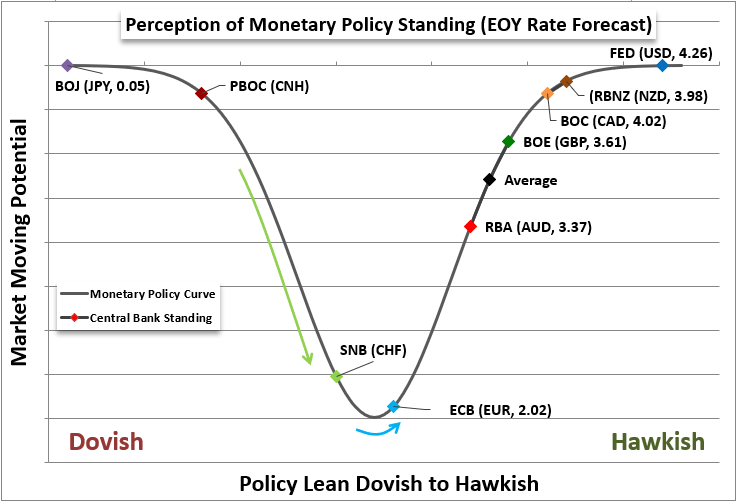 Not the Worst of the Unflattering Economic Forecasts

When we take interest rate advantage out of the equation, the next most important factor that will play a critical role for the Dollar moving forward is relative economic potential. Through the third quarter, there has been remarkable fallout relating to supply chain issues, monetary policy victims and ‘normal’ wear on the fundamental course. The United States has not escaped the pressure, but it seems to carry a better evaluation of performance compared to its major counterparts. The Eurozone looks to be at serious risk from its energy position heading into winter, the United Kingdom had the Bank of England warn that the economy may already be in recession while Japan is pulling extreme levers like FX intervention just to keep a rudder. Given the NBER (the official keepers of the ‘recession’ designation) adapted its technical definition of recessions and the Fed’s careful language in describing the future as ‘below trend’ growth, there remains a cover for the fundamental winds. That said, if the switch is flipped and the US is seen slipping into recession, the appeal of the Dollar’s yield will fall apart, and its safe haven status could prove less reliable. 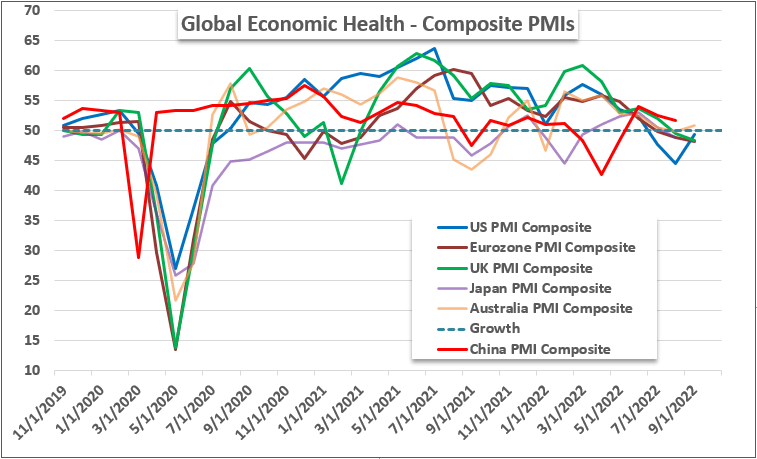 When You Need an Absolute Haven: It’s the Dollar

When it comes to interest rate appeal and favorable growth trends, the Greenback is long in the tooth. That is not to say that these factors couldn’t nudge the currency even further. Instead, the outlook for the world is getting to the point were building a sustainable gap without triggering a local economic crash seems nigh impossible. Looking down the course of the extreme, however, there is a very distinct scenario in which the Dollar still has potential to gain serious ground against its less liquid counterparts: panic. Though the US currency is considered an absolute haven currency it doesn’t play that role through modest ebb and flow in sentiment. It is the absolute need for liquidity that tends to charge the demand for Dollar. There was some serious disruption to the financial system in Europe through the final weeks of the third quarter that dramatically increased the perceived instability of the Euro and British pound. Add to that the lost credibility of central banks that are making questionable policy calls like the Bank of Japan’s refusal to abandon stimulus – much less interest rates at lows – and their potential.