A Fog of Risk Trends but Skew In Potential

We have accumulated some serious fundamental drag through this past week between the cooler interpretation of the US-China relationship, the reinforced warning of a troubled growth forecast from the IMF and the same group's highlight of the financial stability risks that follow dependency in extreme monetary policy. Yet, it would be difficult to tell this collective doubt is invading the speculative rank if you were to refer to risk assets themselves. My preferred yet imperfect measure of speculative enthusiasm in US equities stands just off record highs. The S&P 500 has eased closer to the prominent technical ceiling with little sign that the systemic risks are worrying the crowd. That said, we are still sporting a significant contrast in premium to other 'risk' assets, and the deeper discount markets seem to be enjoying the most productive moves recently - like the EEM emerging market ETF which pushed its multi-month resistance. 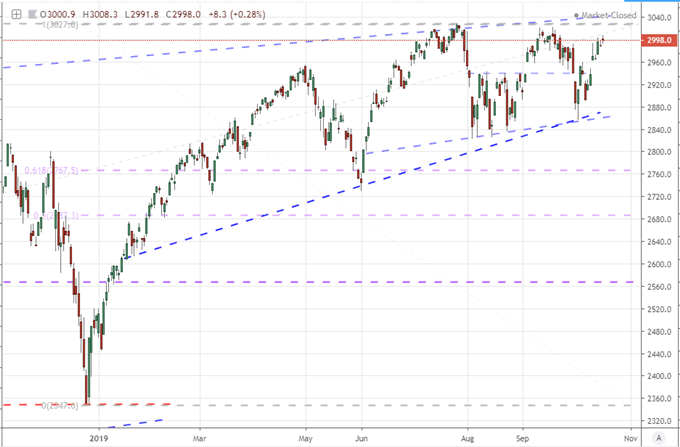 Yet, this complacency shouldn't lull investors into a false sense of security. Sure, the indices, emerging markets, carry trade and other such assets have held back the fundamental tide; but that does not in turn suggest that there is the kind of latent enthusiasm to spin stability into unrestricted bullish rally. To forge a breakout from the likes of the S&P 500 - much less follow through to fresh record highs thereafter - requires conviction. That is difficult to imagine when the outlook is colored by the warnings of economic lethargy with a healthy threat of outright recession. Possible? Certainly. But, not probable. We will be reminded of our economic state of affairs with the Chinese 3Q GDP release. The world's second largest economy will be the first major economy to release its official update, but its health check will represent the global perspective well given its size and role in trade wars. It will therefore be very informative to see how the markets respond to the outcome. If any stability or even improvement in the figures is met with skepticism, it will serve as evidence that we have operated through complacency rather than an undercurrent of unbreakable optimism. 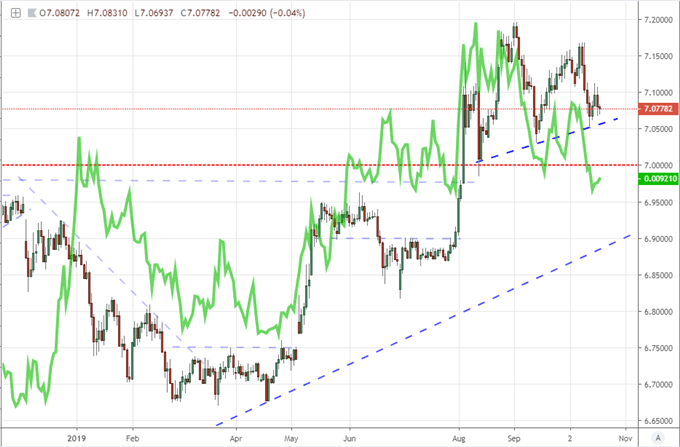 Trade Wars May Take a New and Very Troubling Direction

Economic health is one of the most fundamental measures of value to be found in the financial system, but clearly there can be long periods through which the markets diverge from this core measure. What is often needed to shake the speculative appetite back into some alignment with measurable risk-reward is a high-level fundamental theme. The WEO's warning and Chinese GDP figure are just the latest of a long string in warnings on this matter which have fallen short of stoking volatility. Therefore, I will put the short-term focus back on a different fundamental matter that has earned more consistent and meaningful response from the markets this past year: trade wars. The status of the US-China relationship seems to have leveraged as much market enthusiasm as it can from the verbal agreement of a 'phase one' deal announced this past Friday. Since then, there has been a noticeable lack of commitment by the two countries to sign off on the stated terms. It was suggested by a Chinese Commerce Ministry spokesperson that without the removal of the December 15th tariff list threat, full agreement may not be found. How far will this ambiguity support the drift in risk appetite? Not long I suspect.

The collapse of hope around the US-China relationship will represent a lingering risk of escalation, but its potential impact trails the risk around the genuine eruption of a trade war between the two largest developed economies in the world: the United States and the Eurozone. These two countries have taken small measures against each other over the few years and made far more provocative threats. Well, we face a critical decision in the upcoming session as the Trump Administration weighs whether to move forward with the round of tariffs it has proposed following the WTO's ruling. According to the international group, the US is 'sanctioned' to seek $7.5 billion in tariffs against Europe for supposed illegal subsidies to help Airbus. The EU claims it has already taken measures to level the playing field, but the White House was eager to push the taxes. The 10 percent tax on imported European planes is not particular controversial given the circumstances, but the added 25 percent tariff on agricultural and industrial goods is very incendiary. A number of European officials have already threatened retaliation if the tariffs go into effect. Keep tabs on risk trends as well as EURUSD as this deadline closes in - and be mindful of weekend exposure that will feel this pressure. 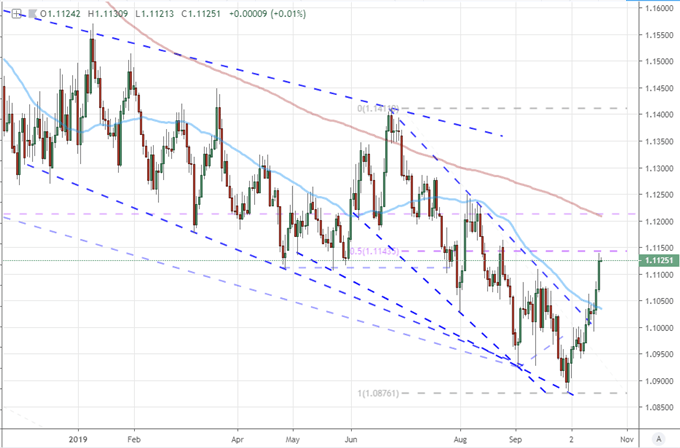 Unless You Are Certain How Brexit Will Fair This Weekend, Lower Your Sterling

Speaking of weekend risk, it would be exceptionally hazardous to maintain risky exposure to the Sterling over this upcoming weekend. The Pound was again on the bid this past session as the UK government reportedly found the middle ground for a withdrawal agreement with the European Union. That does sound like progress around which speculators could rally, but we have been here before. Prime Minister Theresa May struck an agreement with European leaders when she was still Prime Minister, but her efforts were thwarted by members of Parliament who thought the effort too harsh or not harsh enough. Just because Boris Johnson has found a plan he is willing to support does not ensure Great Britain will line up to support the effort. Yet, that is what you would have to make a call on if you were to hold GBPUSD, EURGBP or other Pound exposure through the liquidity drain of the weekend; because there is supposedly a 'Super Saturday' session scheduled for this weekend. This could deliver a breakthrough or the collapse of yet another line of compromise, with very different scenarios for the Pound and local assets.

Heading into the gathering at Westminster, there is already serious doubt that Johnson will be able to muster the support necessary to finally navigate the country from its troubled straits. Without an independent Conservative majority, the PM requires support from parties with competing requirements. With suggestion that the Liberal Democrats harbor a number of issues with the agreement, it is particularly important that the DUP is not willing to throw its support to secure a higher probability resolution. That raises the risk of a no-deal scenario extension dangerously higher. That would suggest that Johnson will be forced to request an extension to the Brexit negotiations, but the EU's Juncker suggested that no further delay would be supported. If that is indeed their position, the risk of a no-deal Brexit is dangerously high. This is not a scenario to take lightly between the volatility it implies alongside the very different implications for outcomes for the Sterling. 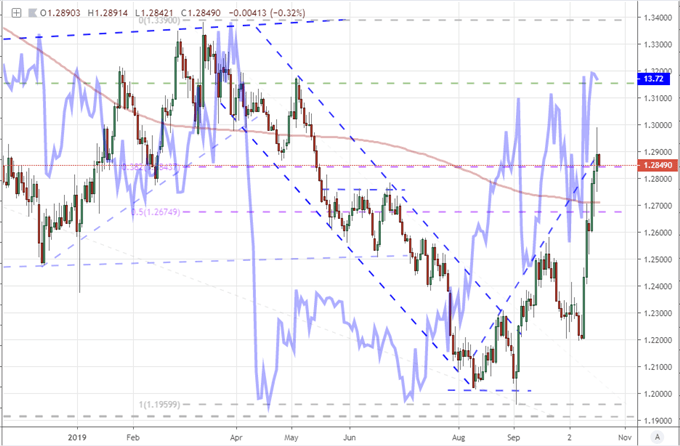