The Risk of Weekend Exposure Nowadays

We are entering the final session of a trading week that has seen the speculative bearing fluctuate multiple times over the period - though the fundamental focus has never wavered from an interest over the state of trade wars. This past session, there was another bout of risk appetite. I would say 'bout' because it certainly isn't the product of pre-existing momentum nor does it come loaded with the deep fundamental roots that would inspire confidence of serious follow through. It certainly was a wide correlation in sentiment, however. US and global equities jogged higher, as did emerging market, high yield and carry assets. That is a significant enough scale for me to qualify as a 'risk on' move. Yet, with few exceptions, we are not close to critical breakouts for sentiment-aligned assets - much less have we already secured the critical break. One of the very few benchmarks on the technical cusp of a meaningful pattern clearance are the Yen-based carry trades. USDJPY and EURJPY stand at channel resistance but committing to a view even with a break would be inviting serious risk. 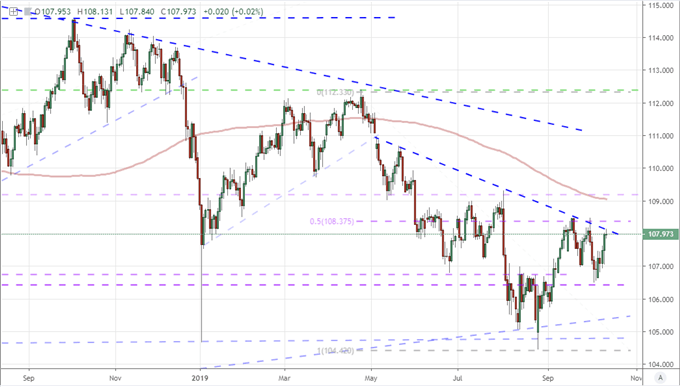 Nowadays, there is unmistakable risk associated with holding exposure over the weekend to assets with a sensitivity to the key fundamental themes. you won't have to look back very far to register exceptional weekend gaps (Friday close to Monday open) driven by warnings or actions taken on the trade war front. It in fact seems the status quo by Washington and Beijing to announce economically and financially-painful measures after the close on Fridays. That represents an exceptional risk for those that want to hold or a significant exposure before liquidity drains and the ability to de-risk evaporates. If you insist on holding risk exposure into the void, benchmarks lie the S&P 500 are generally in the middle of their respective range which offers some measure of movement higher or lower without committing to a full-scale break. Short of an extraordinary economic / financial crisis or full wind down of the US-China trade war, we will not get the means for a critical break on Friday. 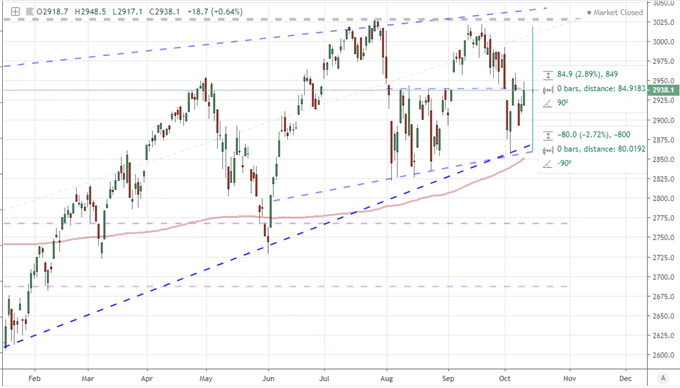 Whether we are tracking short-lived volatility moves or the start of a trend to play out later, the fundamental hierarchy is fairly clear at present. The number one concern remains trade wars - as it has throughout the entire week. I am ultimately more worried over the state of economic relations between the United States and major developed world counterparts - like the Eurozone which has withheld retaliation for the WTO-approved $7.5 billion in tariffs signaled by the Trump administration or the question of a global trade war triggered by a decision by the US to slap import tax on foreign autos. Yet, for now, the attention remains squarely between the United States and China. Earlier in the week, fear was bubbling up by the reports that the White House was adding visa restrictions to its growing economic blacklist while Chinese officials were reportedly preparing to leave a day earlier than planned. Yet, this past session, President Trump offered some modest enthusiasm on the progress of talks, it was suggested Vice Premier Liu He would meet the President Friday and there were rumors the US was considering accepting a partial deal. This optimism helped stir bulls, but it is asking a lot to throw belief between a break in the tensions after 15 months of escalation. 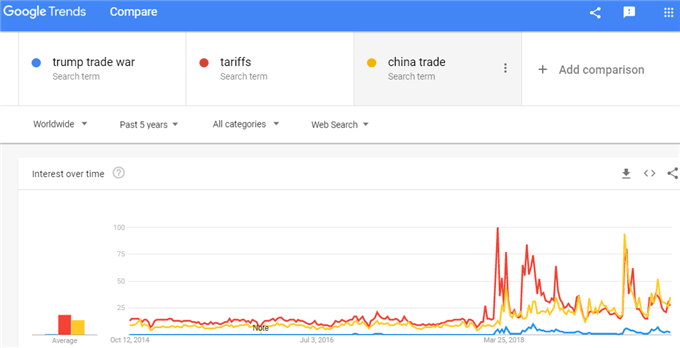 Another active systemic theme of considerable weight this past session- yet one readily overwhelmed by trade - was the state of economic activity. We've had plenty of warnings of these past weeks from the likes of the IMF, World Bank and OECD as to the fragility of economic expansion moving forward. With that kind of backdrop, the troubling updates on the docket Thursday could reasonably be expected to send speculative interests backsliding. On the data side, the UK's August GDP reading contracted 0.1 percent. Germany reported a 1.8 percent drop in exports, a serious strain on an already troubled domestic economy. And, OPEC's assessment of global demand for oil fell a third straight month by 40,000 barrels per day to 0.98 million as economic health faded. None of this would topple the loosely held enthusiasm. Perhaps the US consumer sentiment survey (from the University of Michigan) can move the needle before the weekend. Yet, anything short of remarkable will have to compete with the strong speculative pull into next week's IMF semi-annual growth update (WEO) an Chinese 3Q GDP. 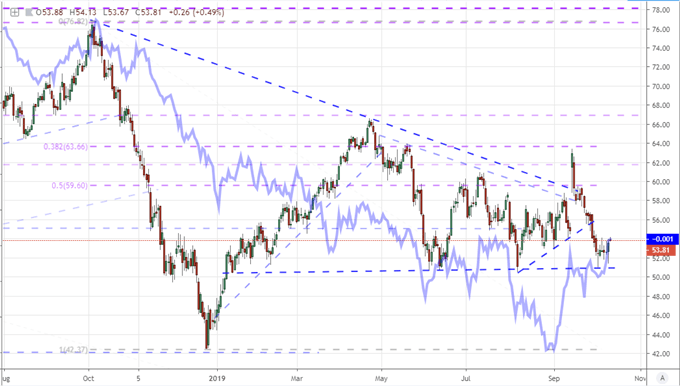 Targeted Volatility for the Pound, Australian and Canadian Dollars

If your appetite for last-minute trends has been quenched by the realities of liquidity, the difficult technical environment and anticipation of what lies a little further out; there are still a few concentrated volatility opportunities that may still be possible. This past session there were a few impressive fundamental updates that offered likely limited or otherwise unexpected moves. the Australian Dollar rallied on the consumer inflation expectations figure which accelerated to a 3.6 percent pace from 3.1 percent the previous reading to cool rate cut expectations. This is not likely enough to overcome gravity. The Euro meanwhile experienced a hearty rally but that didn't align to the ECB minutes which should troubling division in the group which bodes poorly for the effective execution of monetary policy into the future. 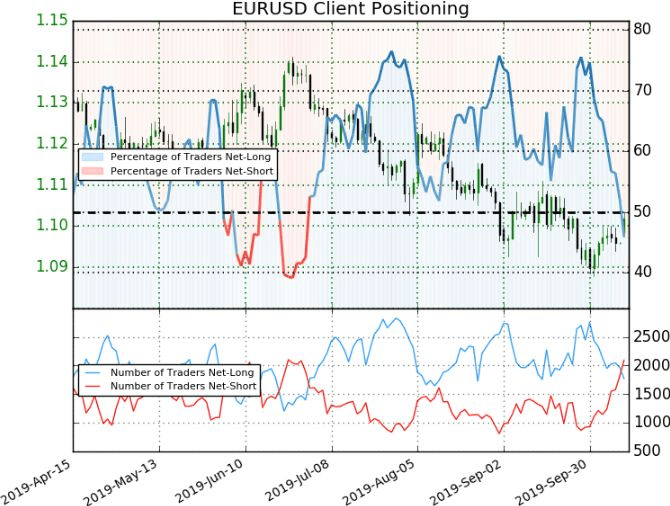 A jolt of volatility this past session that can could more likely carry us into the weekend may be found the Sterling. Though the UK offered up a run of August GDP (-0.1 percent), trade balance (-2.206 billion vs 2.800 billion pounds), industrial production (-1.8 percent) and construction output (0.2 percent), the market overlooked all of it to concentrate on Brexit. This is usually a fruitless watch, but headlines on the divorce proceedings seemed to offer legitimate news this past session as it was suggested the Irish PM was warming to a possible deal and rumors circulated that a 'pared-down' effort could be presented to avoid the cliff. Supposedly the meeting between the EU's Barnier and UK's Barclay will be particularly important Friday. Keep tabs traders. 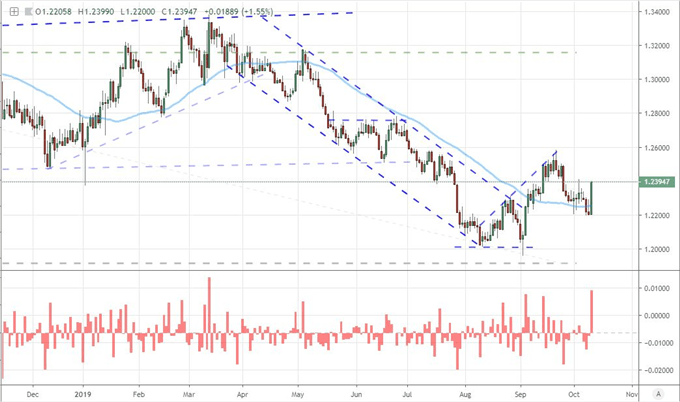 Another unique currency that I will be watching closely to end this week will be the Canadian Dollar. It has not been the most provocative major of late, but there is a reliable event risk ahead when it comes to generating volatility. The Canadian employment statistics are well-known market movers when there is a measurable surprise to work with. As it happens, this series has a fairly good history of generating a significant deviation from forecasts. I am particularly partial to the technical patterns in USDCAD and CADJPY, but don't project movement that supersedes liquidity. 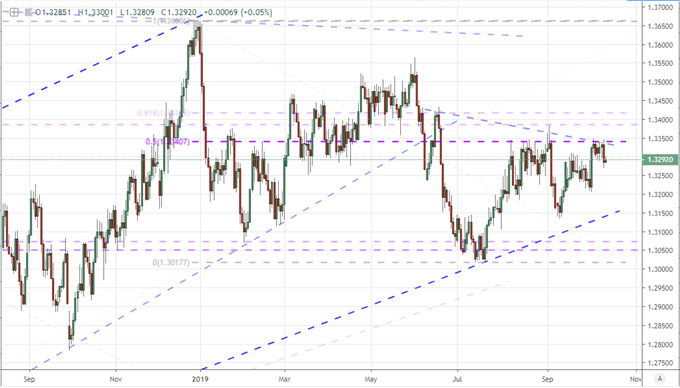