The reach for risk seems never ending. No wonder so many are ready to capitulate on caution and join the speculative reach. The 'return' on avoiding risky situations is never easily read in an account summary, and it doesn't seem to pay off from an aversion perspective until the markets collapse. The opportunity cost of missing out quickly builds up and the fear of missing out (FOMO) will eventually convert most over a long enough time frame. Through Tuesday's session, the reach for highly-speculative and low-yield returns further stretched with US equity indexes extending consecutive series of gains. The S&P 500 reached a fresh record high for a fourth consecutive day while the Russell 2000 notched an eighth straight gain in its more remarkable bull phase. Despite these milestones in price, we would still find volume underwhelming, the SPX's 20-day ATR hitting its lowest level since January 2013 and the VIX volatility index spending a fifth straight day below 10 (my count for the year is now 28 days).

It does not pay to actively trading against a prevailing trend, but it can cost us to fully commit to a bearing that can turn into a disorderly deleveraging once the wrong pressure point is hit. I'm not adverse to risk-leaning exposure, but selection should present the best potential for discounted value and the best buffer to systemic threats possible. That list is small, but the Australian Dollar may provide appeal on both fronts. Despite the RBA's commitment to its ineffective neutral policy stance with a slight dovish intonation, the implications for the currency are already well established. Pairs like AUD/USD at 0.7800 or GBP/AUD's recent trendline break could present technical and fundamental so long as cross winds like the Fed or Brexit don't disrupt. Referencing the Pound, the currency continued to slip this past session as fears of a 'no deal' Brexit arise amid reports that the EU negotiators are increasingly frustrated by the lack of progress - it seems merely cleaning up infighting in the UK government is not enough. If Brexit fears really take hold, the pound has gained considerable ground the past few months adding up premium that can be lost from the likes of GBP/USD, GBP/JPY and EUR/GBP.

From the benchmark US Dollar, the recovery effort being made has clearly lost a significant degree of its motivation. While the DXY Dollar Index has cleared its inverse head-and-shoulders 'neckline' and short-term trendline resistance, the USDollar Index is still facing its own ceiling. We can see those same limitations on the major crosses. EUR/USD break its head-and-shoulders support, but substantial 1.1700 still stands. Meanwhile, the critical breaks for AUD/USD, USD/JPY and USD/CAD have yet to be secured. If the Greenback is to find further motivation or the inflection of its emergent trend, perhaps some of the scheduled event risk can help hasten the determination. On tap Wednesday, we have another speech from Janet Yellen (who triggered the recent surge from the Dollar), ADP private payrolls and the ISM service sector activity report. We discuss what is happening - and what isn't happening - in the markets in today's Trading Video. 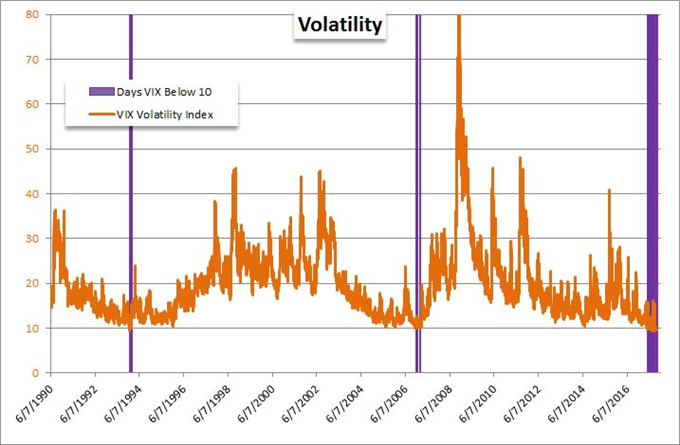 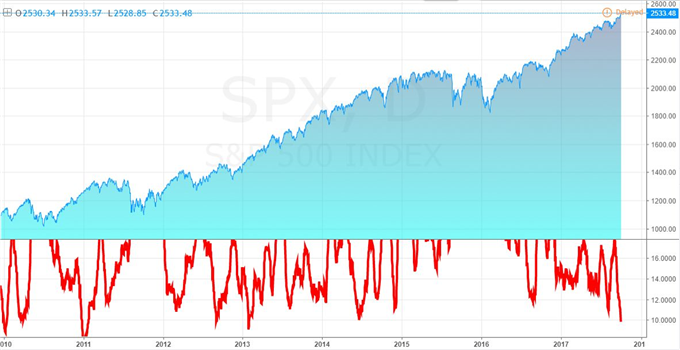