Since US President Trump tweeted this past Sunday that tariffs on China will increase from 10 percent to 25 percent on $200 billion of goods, currency market volatility has been on the rise. This is illustrated by the snap-back in implied volatility readings on the DXY US Dollar Index off the unprecedented lows recorded only a few weeks ago. 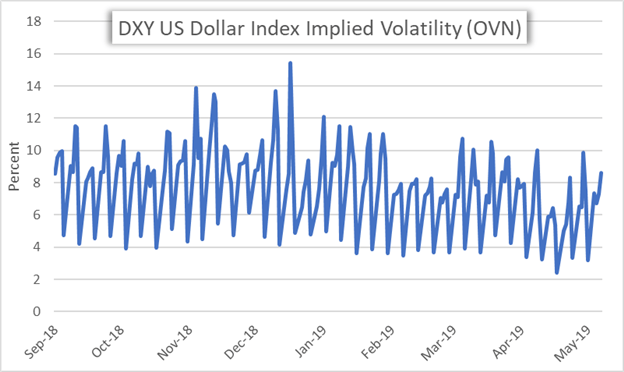 USD overnight implied volatility currently stands at 8.6 percent – slightly is above its year-to-date average of 7.3 – as markets anxiously await the outcome of US China trade talks beginning late Thursday. The uncertainty surrounding where Sino-American trade relations stand has caused sizable swings across the forex market and translated into higher implied volatility. 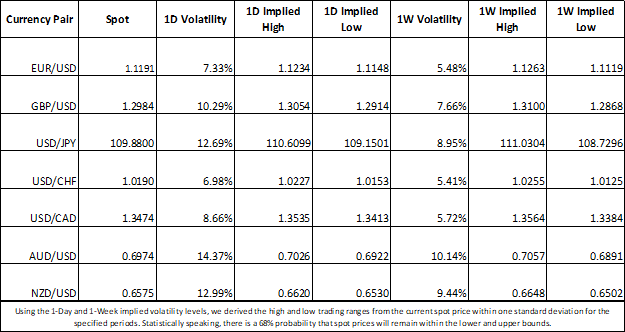 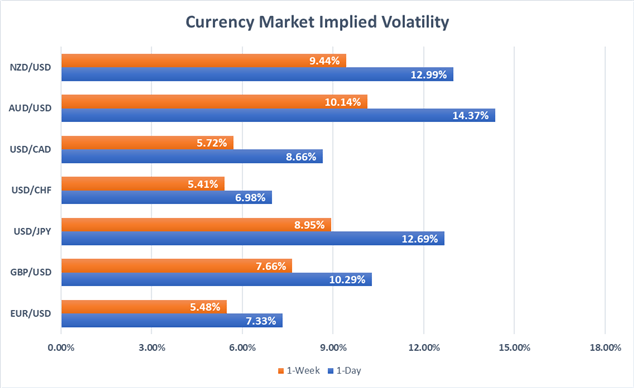 In fact, USDJPY overnight implied volatility has skyrocketed to 12.7 percent which is its highest reading since the Japanese Yen flash crash on January 3. With currency traders piling into the Yen due to the attractiveness of its anti-risk properties during times of heightened uncertainty, the spot USDJPY price chart tests support now near the 109.50 level.

Looking outside the realm of the US China trade war, GBPUSD could experience elevated price action during Friday’s session in response to UK GDP data due for release at 8:30 GMT. The Pound Sterling has come under a bit of pressure recently in response to headlines suggesting that cross-isle Brexit negotiations between Conservative PM Theresa May and Labour Party Leader Jeremy Corbyn are deteriorating. Although the GDP data will be closely watched by markets, Brexit developments are still anticipated to be the primary driver of GBP performance. 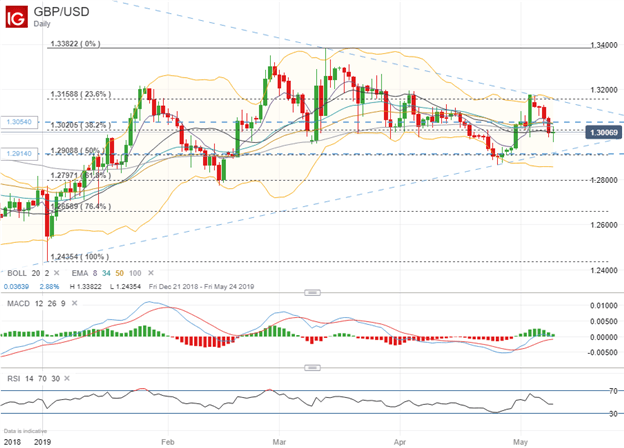 Spot GBPUSD is estimated to trade between 1.2914 and 1.3054 with a 68 percent statistical probability tomorrow judging by its overnight implied volatility reading of 10.3 percent. The one standard deviation band roughly aligns with the 50.0 percent retracement line and 38.2 percent Fibonacci level drawn from the low and high recorded on January 2 and March 13 respectively. 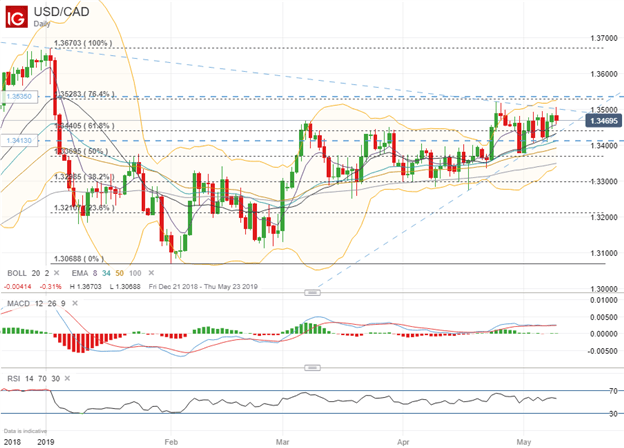 Also, Canadian jobs data slated for release at 12:30 GMT Friday will highlight USDCAD. According to the 8.7 percent overnight implied volatility on USDCAD, forex traders might anticipate the currency pair to trade between 1.3413 and 1.3535 with a 68 percent statistical probability.

With not much room left for prices to coil in the wedge formed by the long-term downtrend and short-term uptrend, tomorrow’s employment numbers out of Canada will likely determine the whether recent price action will continue higher or reverse back lower and reaffirm broader downshift in spot prices since the start of the year.