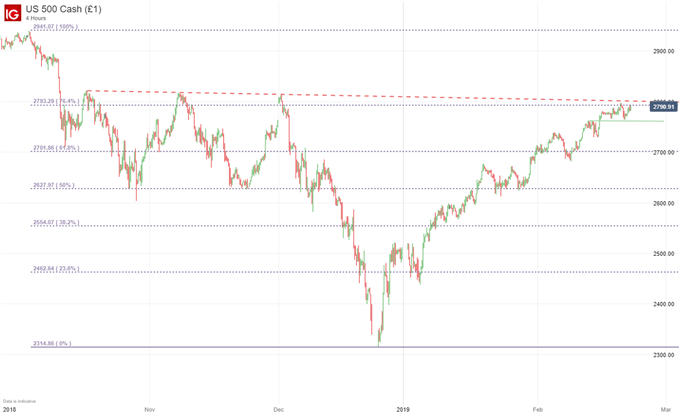 At a time when fundamental risks seem to be in flux, the technical landscape for global indices is relatively concrete and looks skewed to the downside. Follow me on Twitter @PeterHanksFXto participate in polls that can dictate what indices appear in the weekly outlook.

The S&P 500 trades narrowly below a resistance trendline that has held since October 2018. The trendline has rebuked the index three times and may look to do so again next week. Also in the area is the 76.4% Fibonacci retracement level from October’s high to December’s low. When combined, the two technical levels create significant resistance around the 2,792 and 2,805 levels. Similarly, 2,800 is a notable psychological level for the index. 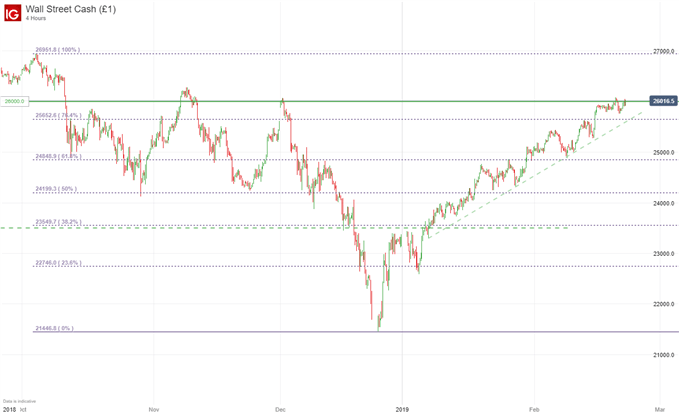 The Dow Jones also trades near a notable psychological level after it closed above 26,000 on Friday. The level may now provide a semblance of support but such a narrow close above is not confidence inducing. Still, it is a level to watch out for. Similarly, support rests nearby at the 76.4% Fibonacci retracement around 25,652. The level is joined by a trendline originating from early January. 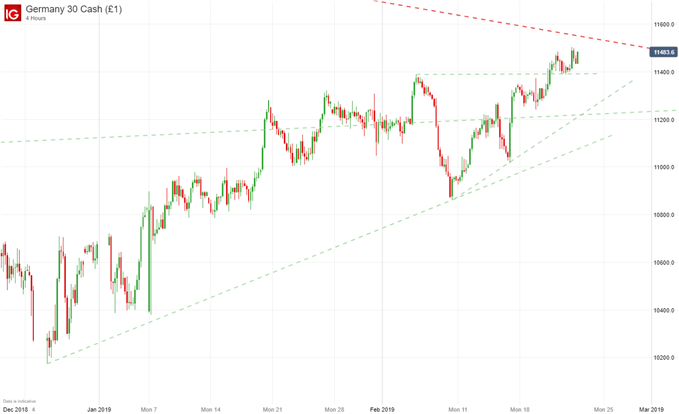 The German DAX is nearing longer-term resistance from June 2018. The trendline appears to be the first hurdle on the road higher. Support can be found around 11,400, a swing high from early February and a level that provided moderate support last week. 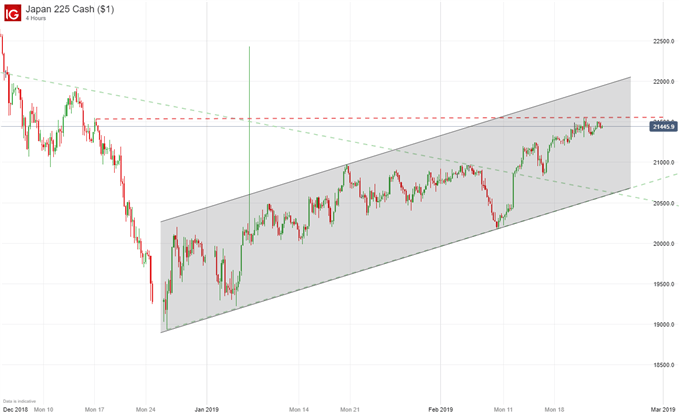 In recent weeks, the Nikkei 225 has found itself in a slow churn upwards. The next level of resistance appears to be around 21,540, a price the index has not crossed since mid-December. Support resides in the lower bound of the channel

Oil Forecast– Bears May Want to Turn Away, Momentum is Here