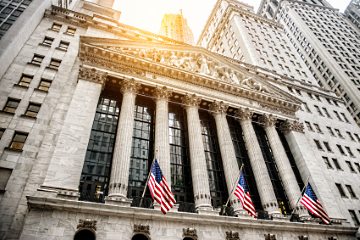 Financial markets look set for fireworks as the Federal Reserve, the European Central Bank and the Bank of England deliver monetary policy announcements in the week ahead.

The US Dollar may rise as the Federal Reserve projects a more aggressive 2018 interest rate hike outlook than what is already priced into financial markets.

Euro Forecast: Optimism over ECB's Growth and Inflation Forecasts Could Give Euro a Lift

With PMI readings pointing to growth momentum at multi-years highs and inflation expectations at their highest level of 2017, an upgrade to the European Central Bank’s 2018 forecasts could help the Euro reverse some of its recent losses.

The British Pound is set to push higher after the EU said sufficient progress has been made for Brexit negotiations to enter the second stage, including future trade agreements.

The Federal Open Market Committee’s (FOMC) last rate decision for 2017 may rattle the near-term recovery in USD/JPY should the central bank implement a dovish rate-hike.

The Australian Dollar will have to face the long-anticipated fact of complete yield erosion against its US cousin this week. In these yield hungry times that will be uncomfortable

The past couple of weeks have brought some key pieces of Canadian data, all seemingly pointing to a positive backdrop. But the Bank of Canada remains cautious, and this could impact price action in CAD as we move into next year.

Most commodities had a horrible week, but no one told Oil traders to be worried. Prices currently remain below November highs, but fundamental support is coming from multiple angles.

This coming week highlights three central bank meetings, with the FOMC expected to raise rates on Wednesday, while we’ll hear from the ECB and BoE on Thursday.

Gold prices are testing a major technical support with all eyes on next week’s Fed policy meeting. Here are the updated targets & invalidation levels that matter. 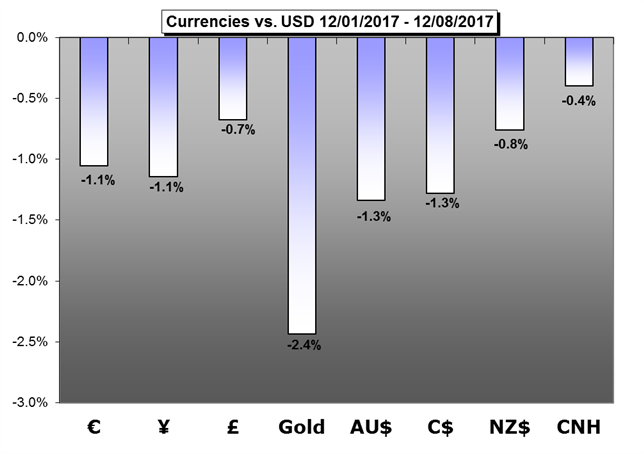