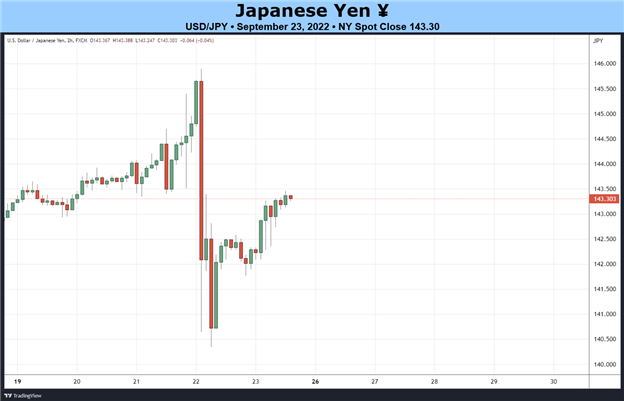 While the Bank of Japan rate decision came and went without much kerfuffle, it was the Japanese Ministry of Finance that sparked a dramatic rally in the Japanese Yen at the tail end of the week. GBP/JPY rates plunged by -4.73% while EUR/JPY rates sank by -2.94%. AUD/JPY and NZD/JPY rates suffered as well, falling by -2.49% and -3.85%, respectively. The lone standout were USD/JPY rates, buffered by the Federal Reserve, adding +0.28%.

Intervening in FX markets to support the Yen for the first time since 1998, the Ministry of Finance helped the JPY-crosses to their best weekly overall performance since the end of February, when Russia invaded Ukraine. Now that the Ministry of Finance has signaled its willingness to step into markets, the obvious question is: has the recent run of Japanese Yen weakness come to an end?

The answer is: likely not. The Ministry of Finance’s efforts are a clear sign that the Bank of Japan won’t be relenting anytime soon. With all other major central banks raising rates to combat inflation while the Bank of Japan continues to pursue its QQE with yield curve control policy, the interest rate gap between the Yen and other major currencies will persist.

Even though the Ministry of Finance has considerable FX reserves which can be used to intervene in FX markets (selling foreign currencies and buying Yen), each intervention effort will likely produce short-term Yen strength before the prevailing trend of weakness resumes. In a sense, as long as the Bank of Japan pursues its current policy path, the Ministry of Finance’s intervention efforts will be akin to Sisyphus pushing his boulder uphill. 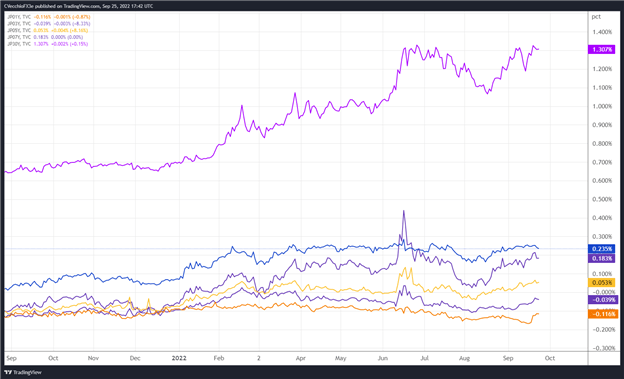 The Bank of Japan’s ongoing efforts to keep Japanese government bond yields depressed is the main rationale for why it is difficult to think that the Ministry of Finance’s efforts to support the Yen will succeed beyond a short-term timeframe. The only way to increase the likelihood of a turnaround in the Japanese Yen is if the Bank of Japan abandons its QQE with yield curve control policy, which doesn’t seem likely over the next few months. 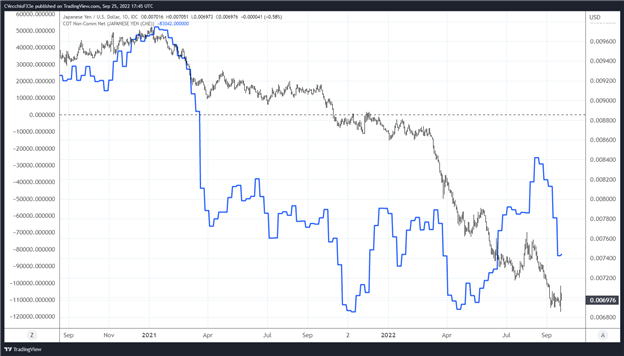 Finally, looking at positioning, according to the CFTC’s COT for the week ended September 20, speculators slightly decreased their net-shortJapanese Yen positions to 83,042 contracts from 83,785 contracts. Japanese Yen net-short positioning is -29% below its peak over the past year, even as the Yen is holding near multi-decade lows versus the US Dollar.