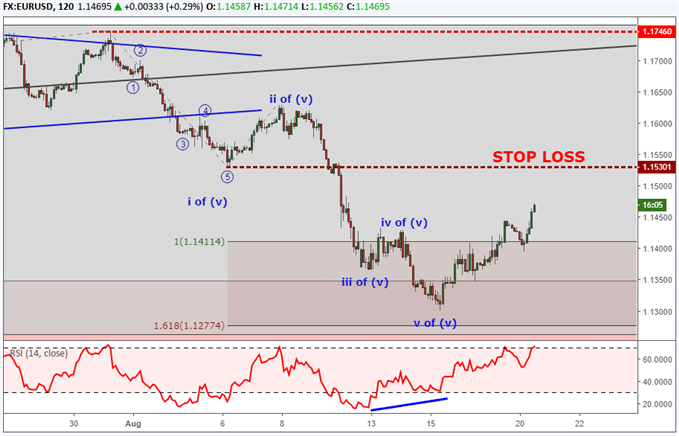 EURUSD Elliott Wave at high probability the bottom is in

We began building our short EURUSD position in two separate occasions from April 10 at 1.2350 and April 26 at 1.2153 in anticipation of a developing bearish impulse wave. Though our first target of 1.1554 was hit on May 29, the bearish impulse wave appeared incomplete. As of May 29, we could count three of the five Elliott Wave impulse waves lower, which implied a fourth wave correction and fifth wave sell off still to come.

If EURUSD pops above 1.1530, then we will gladly book the remaining profits and head to the sidelines as EURUSD may be in the beginning stages of a multi-month rally that may drive to 1.17-1.22.