- If you’d like more color around any of the setups below, join in our live DailyFX webinars each week, set for Tuesday and Thursday at 1PM Eastern Time. You can sign up for each of those sessions from the below link:

Next week brings a US market holiday on Monday, and after that markets will face a relatively quiet economic calendar with only a handful of high-impact events. This will be prime opportunity for US Dollar bulls to show their hands, as the post-FOMC run in the currency has driven prices higher throughout the month of February. Below, I look at a series of setups on either side of the US Dollar with the aim of devising strategy for the week ahead.

The fundamental backdrop around the British Pound remains very unclear on a number of issues, key of which is a very uncertain backdrop around Brexit. And while volatility has become a bit more commonplace in the British Pound, traders will likely want to continue to focus on shorter-term approaches, looking for swing trades off of support or resistance levels with the aim of limiting the amount of time exposed to swings and turns in GBP.

This week marked a continuation of GBP/USD’s reversal of January strength. After the currency perched above the 1.3200 level three weeks ago, sellers have re-grasped control; and this week was marked by a continuation of lower-lows and lower-highs in the pair. Along the way, a big support zone that runs from 1.2828-1.2850 was taken-out after a quick bounce set a weekly swing high at 1.2959. This can keep focus on a deeper support zone that runs from 1.2671-1.2735. On the resistance side of the coin, the 1.2920 level remains of interest, as this is the 38.2% retracement of the January move, and this is a level that offered a bit of support when prices in the pair were on their way down, as looked at last week.

It’s been an abnormal week in USDCHF that started off in a peculiar manner. Shortly after the open of this week’s trade, a ‘mini flash crash’ showed in the Franc, and that propelled prices in USDCHF up to the 1.0096 resistance level, albeit temporarily. After prices pushed back to parity, the rest of the week saw buyers push prices back up to 1.0096, with sellers continually furnishing supply to hold resistance at this level.

At this stage, a continued hold of resistance in this area can keep the door open for reversal strategies in the pair. I had looked at this market in the Thursday webinar, and that theme remains as resistance has continued to hold in this area. Traders looking for short-side USD strategies or for those playing a reversal of the bullish move in USDCHF, a return to parity could remain as a targeted objective, after which break-even stops could be utilized to look for a deeper reversal move.

This is somewhat related to the above theme in USDCHF, as EURUSD remains very near a longer-term support zone that’s, at least thus far, proving difficult to break. This support zone first came back into play in November of last year; and it’s held multiple tests in the four months since.

On a near-term basis, selling has started to slow as the bottom of that zone has come closer, and this has led into a shorter-term falling wedge pattern. This will often be approached with the aim of looking for bullish reversals, as the evidence of sellers slowing at the lows may prelude and eventual shift in order flow. This can keep the door open for the longer-term range pattern in the pair to fill-in, with stops investigated below support and initial targets set to the mid-point of the recent range or higher.

This week saw USDJPY breakout from a big zone of resistance that runs from 109.67-110.00. That resistance zone first came back into play just a couple of weeks into the New Year, showing a stark contrast to the selling in the pair that populated the first few days of USDJPY trade in 2019. But, after almost a month of resistance tests in that area, buyers pushed up to fresh highs shortly after this week’s open, and that theme has remained prominent ever since.

This morning saw a quick pullback to a short-term support level at 110.30, and that has held thus far. But the pair may need a bigger pullback before the longer-term bullish trend is ready to continue, and a support test at that prior zone of well-defined resistance can open the door for such a theme. 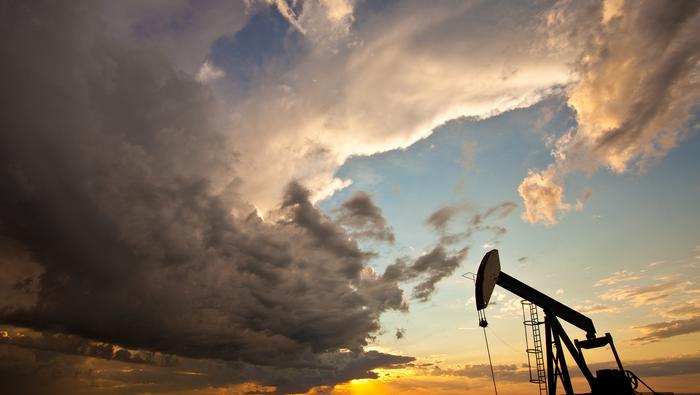