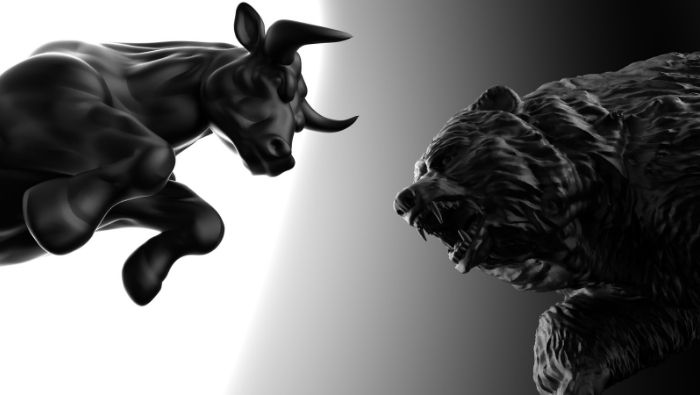 S&P 500 Tumble Versus EURUSD Breakout: What Can Holiday Liquidity Achieve This Week?

We were overloaded with high-profile event risk this past week. Between the central bank warnings of persistent tightening ahead, unrelenting inflation readings and the troubling proxies for growth; the economic docket added significant pressure to upset the market’s uneven recovery. Seeking out a rebound in risk assets these past few months was more a course of complacency and illiquidity than it was a genuine turn in the undercurrent of fundamental conditions. The outlook for economic activity, financial conditions and investment appetite holds fairly limited appeal for at the moment. Therefore, speculative traction would more likely come from market factors more akin to normalization. Assumptions of seasonal trends will likely play a bigger role in market progress over these next few weeks than any material developments in matters like interest rate expectations. On that front, there seems an ‘agreement to disagree’ between the FOMC members relentless commitment to hike rates to restrictive territory (median 5.1 percent) and hold it there through 2023 whereas the market maintains that they will peak just above 4.8 percent and be forced to cut in the waning months of the coming year.

Looking to the S&P 500 for guidance on risk trends, the index certainly experienced its fair share of event-driven volatility. From an initial failed break of the 2022, course-defining bear trend after the CPI update, the index ultimately experienced a peak-to-trough reversal of -6.7 percent which could clear out the 100-day simple moving average (SMA) and past month’s range low around 3,900/35 in the process. The tumble through much of last week looks like a full breakdown and possible commitment to trend, but I will point out that it is a move back into a well-established range from the past three months. A move back into range is a ‘path of least resistance’ development as far as technicals go. The midpoint of the October to December range is still below in the 3,800 vicinity; but I don’t assign much weight to that technical barrier. And for those that would ascribe greater significance to Friday’s SPX volatility, December the 16th was the so-called ‘quad-witching’ hour when a broad range of derivatives expire and the markets role to the next contract. 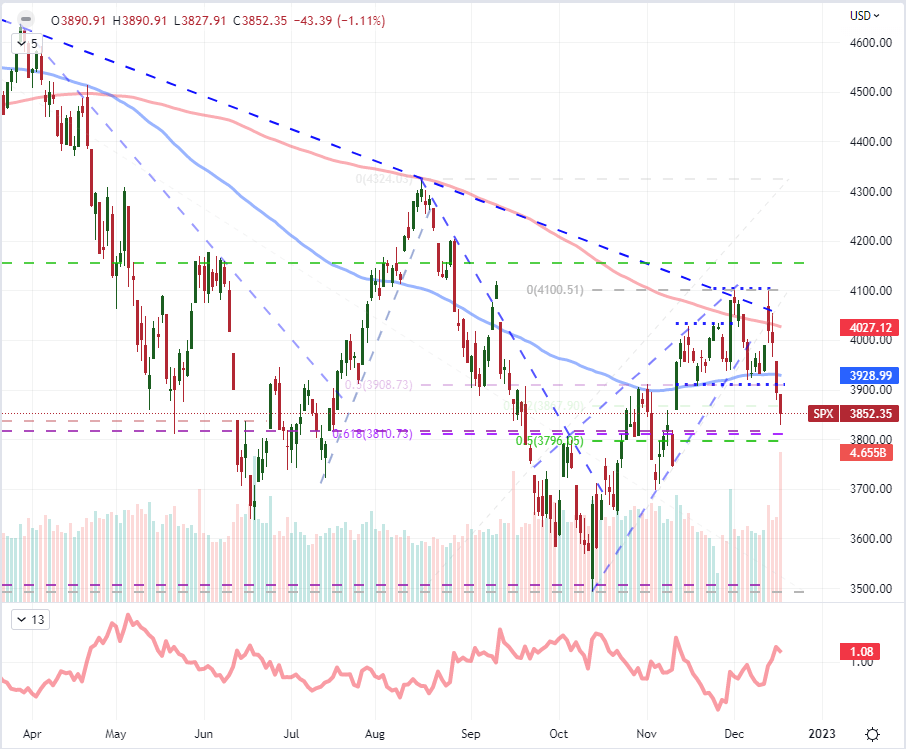 If we were dealing with normal market conditions, the momentum of the tumble this past week and even the seasonal swell in volatility could translate into more meaningful market developments moving forward. However, are not traversing ‘normal’ field. We closed out the 50th week of the year which has historically averaged an outlier swell from the VIX given its concentration of year-end monetary policy decisions by some of the world’s largest players and a last run of dense macroeconomic data. We saw a significant jump in realized (‘actualized’) volatility this past week, but the implied (‘expected’) measure deviated from the norm. The expectations for the next two weeks before year end is even more restrictive with fewer unique sparks to entertain the notion that ‘this time is different’. Back in December 2018, we witnessed a very atypical surge in volatility (drop in risk) in the period leading into the Christmas market holiday. It is possible that we can muster something similar this year, but there isn’t much in the market conditions or fundamental backdrop that naturally raises that possibility. 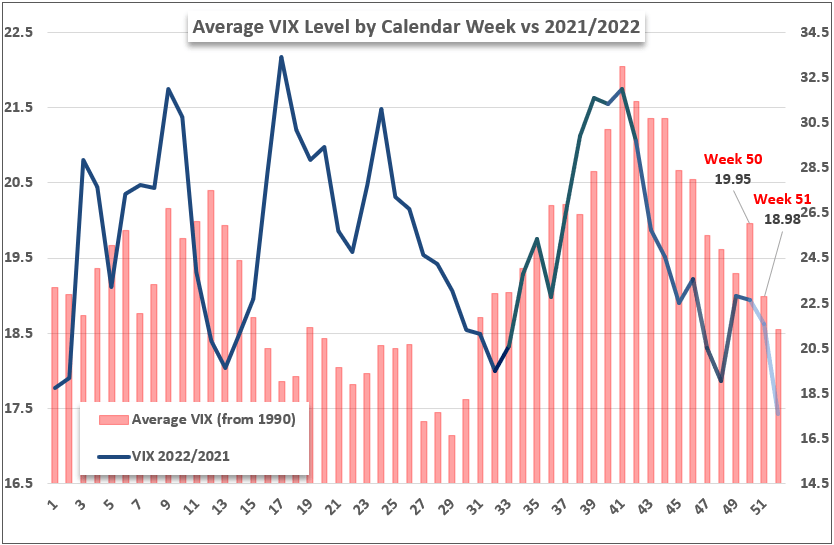 In the absence of overwhelming momentum or serious unresolved fundamental event risk that can upend the markets, the ‘path of least resistance’ more often prevails. That may seem a disappointing course for traders who insist on major breaks or reversals, but congestion is just as practical a market backdrop for those willing pursuing that particular environment. The S&P 500 has a broad three-month range between 4,100 and 3,500 which it is trading broadly in the middle of to start the new week. There is limited impression that a systemic breakout is at hand, and that can be boon for markets more likely to make measured moves between liquidity and event risk. Speaking of the fundamental catalysts on deck for the coming week, there is an array of fodder. The actual monetary policy activity will drop sharply with only the Bank of Japan (BOJ) set to deliberate its policy mix – and it is very unlikely to move from its yield curve control. Meanwhile, Fed speak will have to play a bigger role in Dollar activity as the Fed’s favorite PCE deflator doesn’t hit the wires until the very end of the week. Economic insight will be offered for a number of countries, but the US consumer sentiment survey from the conference board and the run of housing data will provide a more meaningful reflection of economic health. 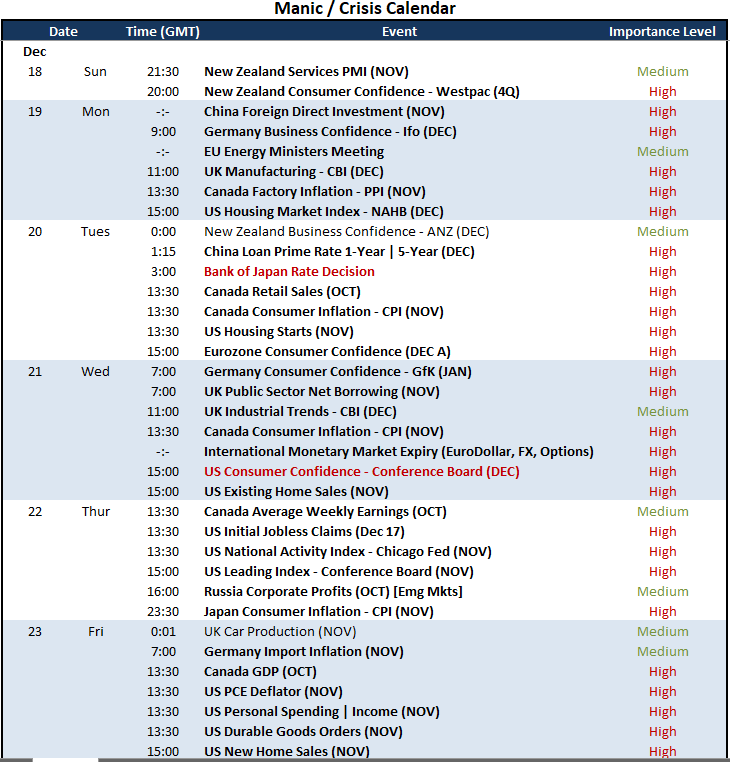 Where risk benchmarks like the S&P 500 and Dollar are trading freely of the truly provocative technical developments, the Dollar is still sporting some unresolved charting pressure. The Dollar’s steady decline from its November 10th break (the day the US CPI crossed the wires) has reflected progress that is much more start and stop. The result is a descending wedge that has started to pressure the progress the bears have mustered. We can see that threat in reverse from the EURUSD as it pressured the floor of its own rising wedge, which could represent the eventual break of a ‘neckline’ on the past week’s head-and-shoulders pattern. A bearish break would be provocative from a technician’s perspective, but ultimately, it would reflect a break back within a broader range for this key pair an the underlying Greenback itself. That is a ‘path of least resistance’ move which I’m more interested in generally. The question is how far such a mean reverting move could stretch?

Chart of the EURUSD with 20-Day SMA (Daily) 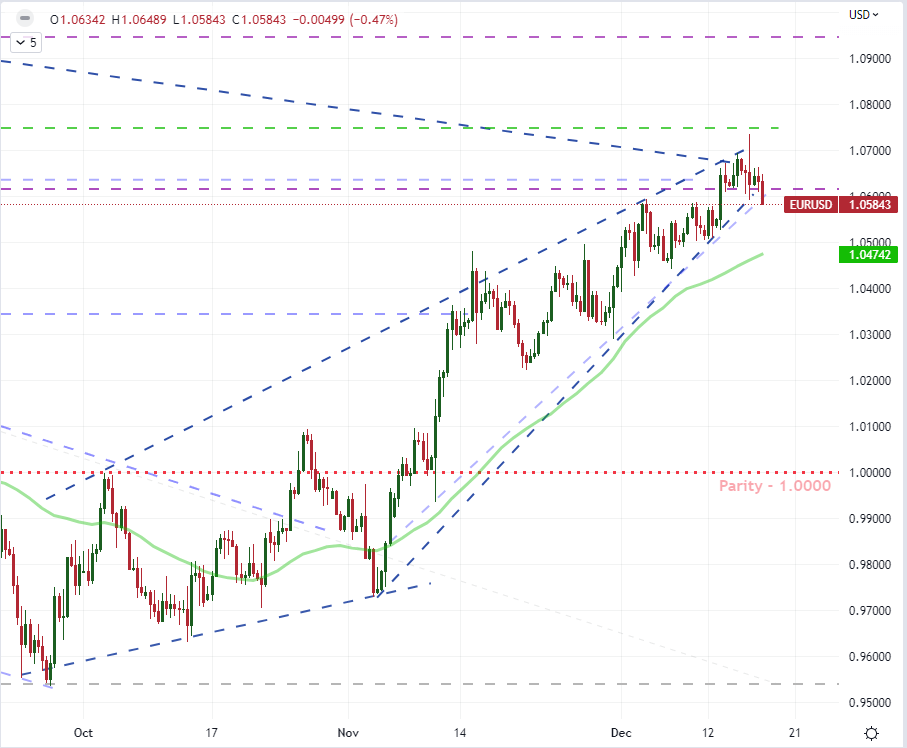