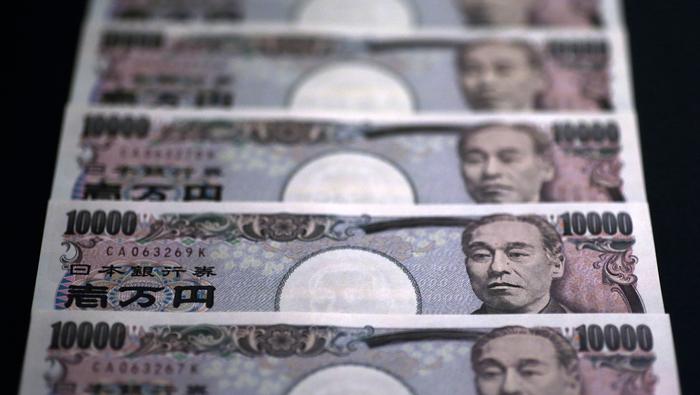 Japanese Yen Explodes Higher, Bank of Japan Meeting Up Ahead

The Japanese Yen exploded higher in the closing hours of last week’s trade. The benchmark USD/JPY exchange rate came within a hair of the 152 figure for the first time since May 1990, then plunged. It is on course to finish the day down nearly 2 percent, marking the biggest one-day rise since early March 2020. Those gains were scored amid the risk aversion triggered in the early days of the Covid-19 outbreak.

The high to low intraday swing registered this time came to a telltale 3.78 percent, matching with almost perfect precision the move marked by Japan officials’ intervention in FX markets on September 22. In that episode, the Ministry of Finance (MOF) directed the Bank of Japan (BOJ) to buy Yen as USD/JPY probed above 145 for the first time in decades. Prices swung 3.8 percent top-to-bottom. 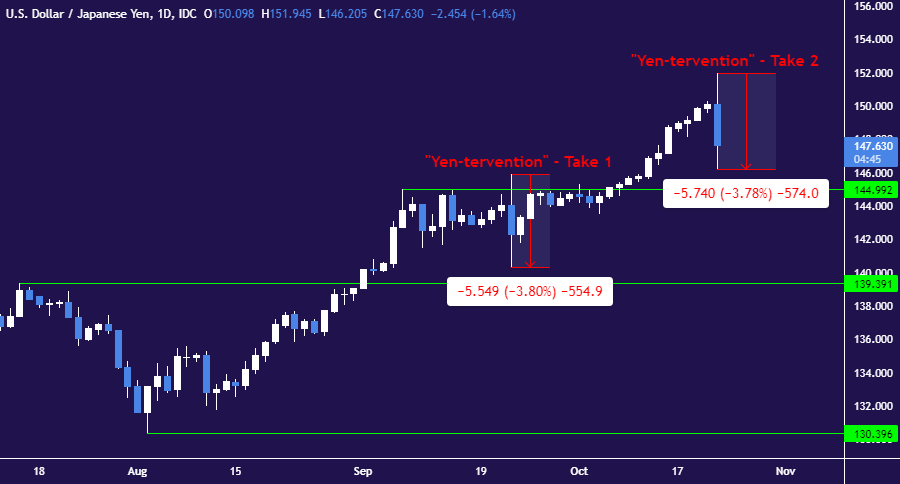 This makes for a murky outlook in the week ahead. A regularly scheduled monetary policy announcement from the Bank of Japan is firmly in the spotlight. Governor Haruhiko Kuroda has assertively maintained an ultra-dovish stance even as most other global central banks rush to tighten amid blistering inflation, building up punishing yield differentials and sinking the Yen against increasingly higher-returning counterparts.

The MOF seems content to let the currency depreciate, but not too quickly. It’s probably quite telling that that officials’ second intervention in a month occurred after the Yen fully erased the impact of the first outing and proceeded to shed nearly 5 percent more of its value. Clearly, there is scant appetite to defend a particular level on the exchange rate or to invest in lasting JPY appreciation.

For its part, the BOJ seems thus set up for another repeat of the dovish mantra. Traders may be loathe to pounce on such guidance however, at least in the near term, lest they be caught on the wrong end of another MOF-directed spike. Scaring away speculators is precisely what Mr. Kanda and company have in mind, of course. They may be aided in the effort as Fed officials go mum ahead of the November 2 FOMC outing.

On balance, this might make for staid activity in the near term. The corporate earnings season may offer a bit of downward JPY pressure if corporates’ downbeat guidance continues to allow for nominal upside surprises on third-quarter results, throwing a bone to battered risk appetite. Shell-shocked markets may struggle to build on this, however. USD/JPY slowed to near-standstill for two weeks after September’s intervention.