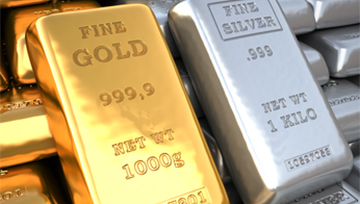 Gold and silver prices are moderating in Asia-Pacific trading after the precious metals surged higher on Tuesday as stock indexes rose and the US Dollar fell. That move put gold prices above 1,700 at their highest level since early October. Silver is just below 21.5 at levels not traded since June.

The US Dollar DXY Index is down nearly 2% for November, extending last month’s 0.53% decline. Precious metals have capitalized on the USD’s weakness, which makes non-USD-denominated purchases cheaper. The chart below highlights the correlation between gold and the USD. Market-based rate hike bets for the Federal Reserve’s December meeting show only a 30% chance that the FOMC will hike by 75 basis points, pointing to a slower pace of tightening.

That has made Treasuries more attractive and reduced the US yield premium against its peers. However, calling a trend reversal in yields and the Greenback is potentially premature. The October US consumer price index (CPI) will cross the wires on Thursday. Analysts expect core inflation—a measure that removes food and energy prices—to fall to 6.5% from a year ago.

That would be down from 6.6% in September. A hotter-than-expected print poses a downside risk to bullion prices, as it would likely elicit aggressive repricing in FOMC bets. Gold and silver bulls will monitor the inflation numbers and how the market reacts. Federal Reserve Bank of Cleveland President Loretta Mester and Kansas City Fed President Esther George—both FOMC voters—are due to speak on Thursday after the CPI data, which may clarify any uncertain market reaction.

Gold Versus US Dollar – Daily Chart 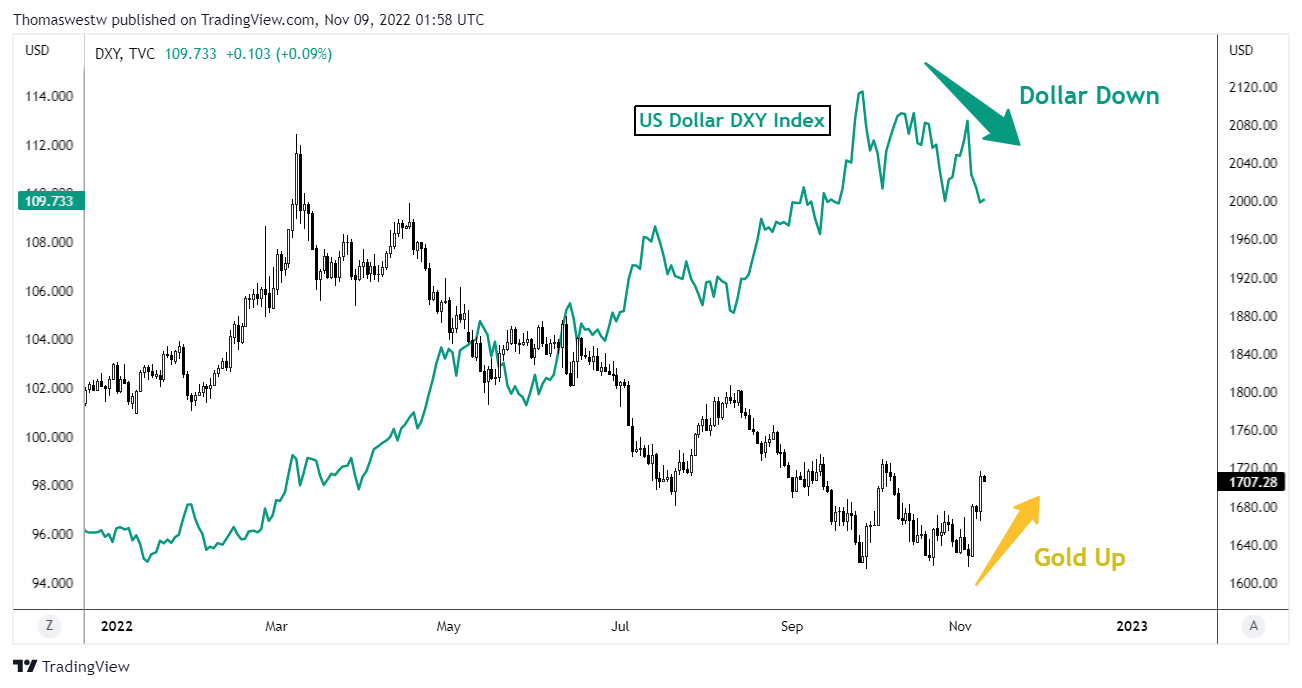 The latest Commitments of Traders report (COT) from the CFTC for the week ending November 01 showed a 1.7k reduction to gold’s net long position after speculators added 6.7k longs and 8.5k shorts. The recent price surge likely forced some of those shorts to cover their positions, which fuels further upside on short covering. 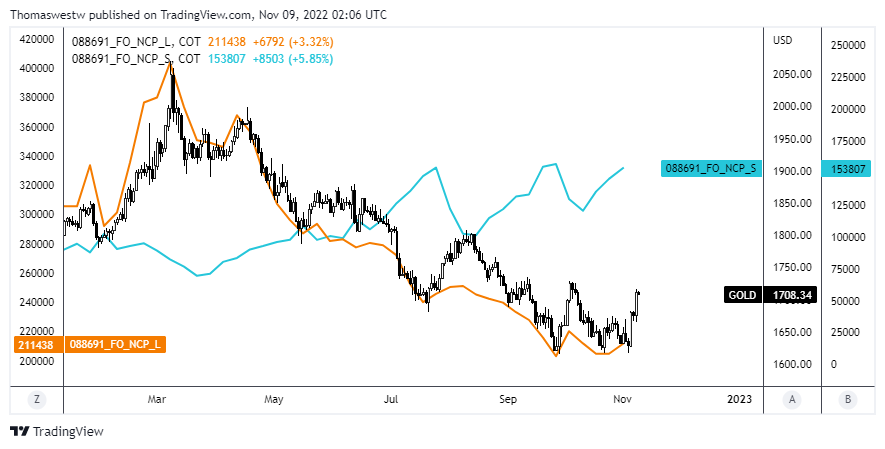 Silver positioning among speculators rose 1.8k for the same period, per the COT data. However, short positioning remained robust at 49k. Silver’s +2% performance this week is likely also due partly to short covering. An updated COT report is due on Friday. 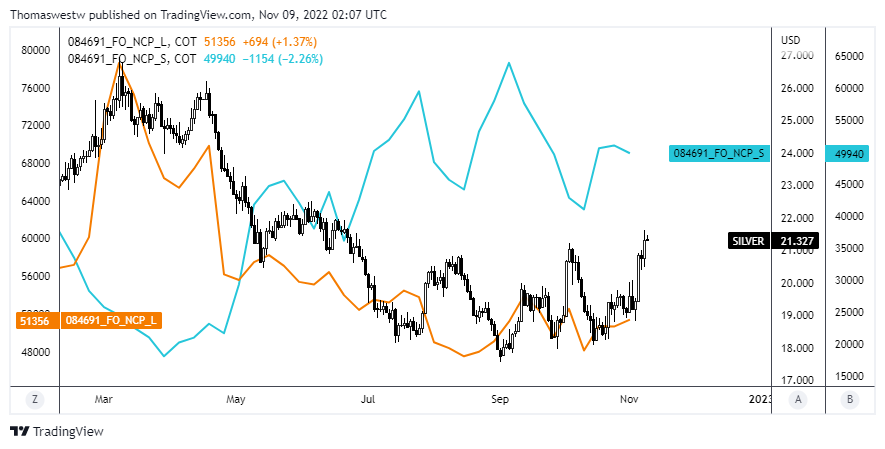 If prices continue to rise, these outflows should slow or even reverse. Generally, ETF flows lag reactions in the underlying, so it doesn’t constitute a bearish sign yet. If those outflows continue as prices rise, further investigation would be needed. However, outflows have eased from September when gold ETF holdings dropped by 1.99% and silver by 0.10%.

A Triple Bottom pattern puts a potential trend reversal on the cards. Gold bottomed around 1,617 three times from September to November. After piercing above the 50-day Simple Moving Average (SMA), prices are approaching the pattern’s resistance level defined by the peak between the first two lows. A break above resistance is required to complete the pattern, with a measured move target at 1,845. 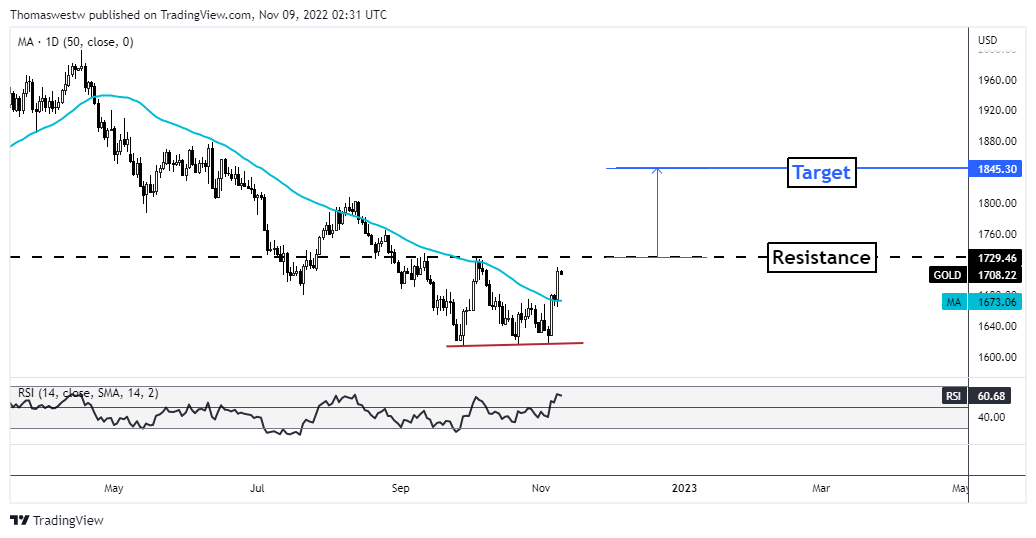 Silver is at the high-profile 200-day SMA after dispatching the 38.2% Fibonacci retracement from the March/September major move. That Fib level stopped prices in October but may act as support on a pullback. A break above the SMA would likely induce further strength, potentially allowing prices to challenge the June swing high at 22.51. 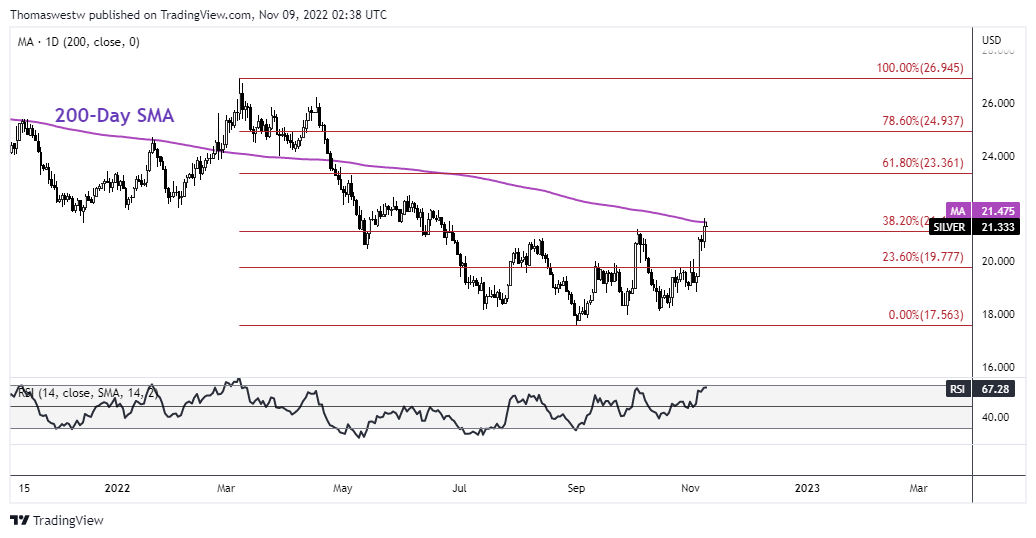