The reasoning for the mixed outlook for the New Zealand dollar is due to the massively important Reserve Bank of New Zealand rate decision on Wednesday, which could offer up a surprise via the actual rate or the forward guidance, leading to an appropriate repositioning in the currency. Market implied probabilities assign a roughly 50/50 chance of a 75 bps and 50 bps rate hike, respectively - adding further to the uncertain outlook. 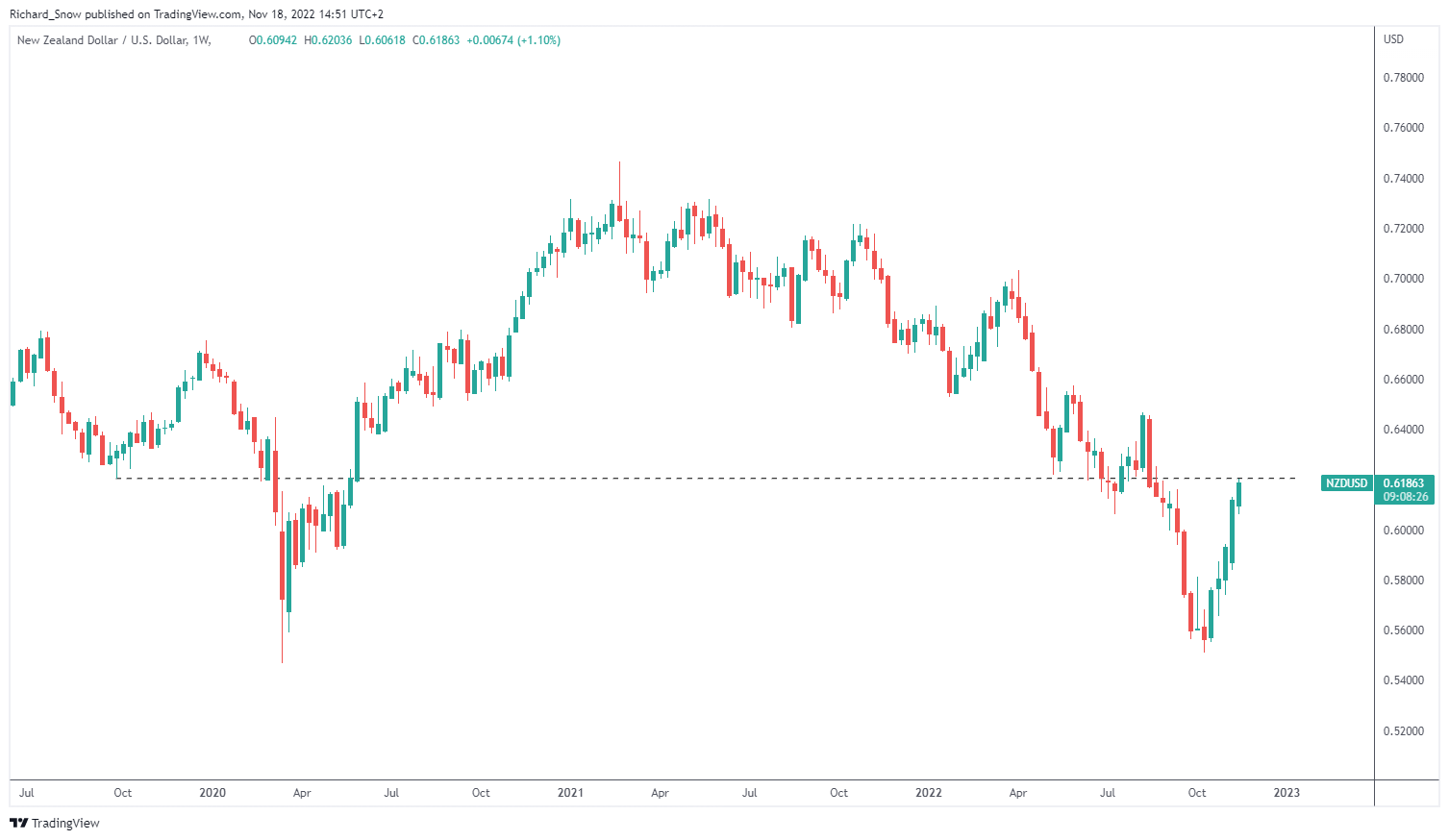 After last month’s meeting of the Monetary Policy Committee (MPC), Q3 inflation proved to be way hotter than expected coming in at 7.2% versus forecasts of 6.6%, unemployment remained tight at 3.3% and wage growth rose 2.6% QoQ. This would suggest that a 75-basis point hike appears likely. However, a deteriorating economic backdrop with lower global demand, continued Chinese lockdowns, a local housing downturn, and lower dairy prices (New Zealand’s main export) complicates the MPC’s decision next week.

The chart below composites the NZ official cash rate (blue line) against CPI inflation (orange bars) with the lower panel showing the rate of inflation declining over time. While this is a minor comfort, inflation still remains an issue at elevated levels. 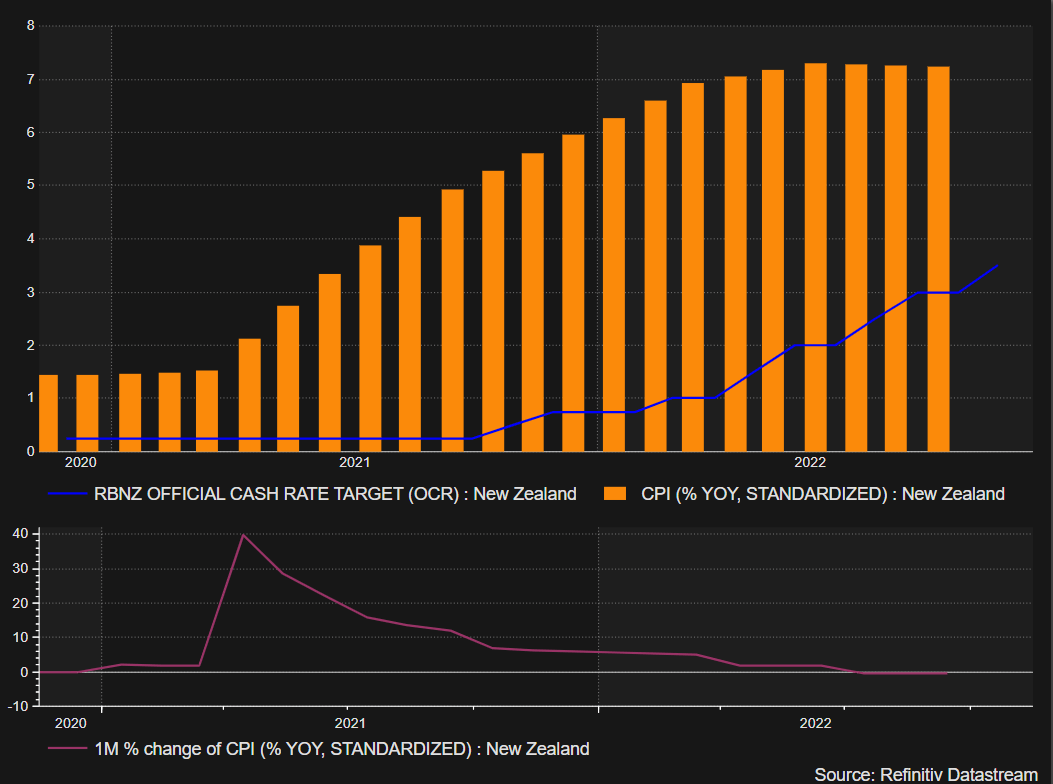 A lot will come down to the message on future rate hikes, meaning we could even see a hawkish 50 bps hike if forward guidance points to a terminal rate at the 5% mark. A 50 bps hike accompanied by mentions of a slower pace of future hikes; or lowering the Bank’s anticipated terminal rate figure could result in a softer NZD. The latter is less likely to be discussed as central bankers usually prefer not to commit to terminal rates when dealing with the uncertainties of inflation and evolving economic data.

A 75-basis point hike may see NZD trade higher even if momentarily, as other major central banks like the Bank of Canada and Reserve Bank of Australia have already lowered the pace of their rate hikes. The prospect of a further interest rate differential arises in the AUD/NZD currency pair if the higher 75 basis point hike is agreed on Wednesday. The widening differential was highlighted in last month’s AUD/NZD analyst pick as the Kiwi strengthened against the Aussie.

Next week potentially presents a rather quiet week as far as the economic calendar is concerned with the RBNZ rate announcement, US Durable goods, Michigan consumer sentiment and the FOMC minutes all due to be released on Wednesday. There will also be a number of Fed speakers interspersed throughout the week but thus far the message has remained fairly consistent that inflation remains high and that it may be appropriate to slow the pace of rate hikes at some point in the future.