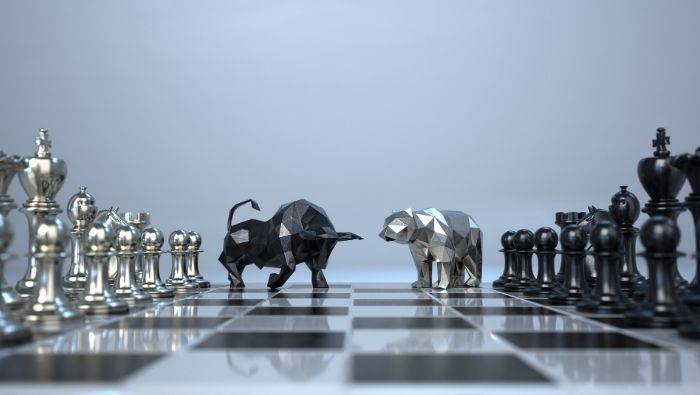 Can CPI Recharge VIX and Spark a True S&P 500 Trend?

There is no mistaking the market’s appreciation for inflation data coming out of the United States and other major economies. The indicators aren’t inherently influential themselves, rather the impact is associated to what the updates reflect and what they can urge for policy change. With its peers generally following its charge, the Federal Reserve has pursued a course to tame extreme inflation through an aggressive monetary policy tightening regime. Just this week, we have heard echoes of the same commitment by the Chairman Jerome Powell and other various US bank members that their principal focus is on taming rampant inflation with a tolerance for economic struggle and certainly for market tantrum. And yet, the market’s doubt their conviction. It isn’t surprising to see the market’s discount the group’s forecasts given their official projections for key economic measures are notoriously off (as are most central banks and traders for that matter), but the phrase ‘inflation is transitory’ still rings in many investors’ ears. The Fed has a credibility problem, but how committed can the market be against warnings of commitment – especially as the risks of recession persist?

When it comes to the potential and full weight of recession moving forward, the outcome is abstract and will develop over an extended period of time (or at least until the NFIB officially calls it for the US). Plotting rate forecasts for the Fed comes with a little more immediate response for the market with receding tides between key event risk and actual rate decisions. The data points like CPI are concentrated updates for which the markets scramble to price in as rapidly as possible. In the last three updates from the inflation series, we have seen a notable turn to cooler numbers that has consistently generated at least an initial strong rally from risk-leaning assets like the S&P 500. In fact, the September data point released October 13th release the day the S&P 500 has found the bottom it is still sporting (coincidence?) and the October update on November 10th pushed us back above the 100-day moving average. That said, the last update (December 13th) generated the initial traction of a rally but critically lacked for follow through. Given the advance the S&P 500 has put in already this past week, have we already accounted for a further softer reading? 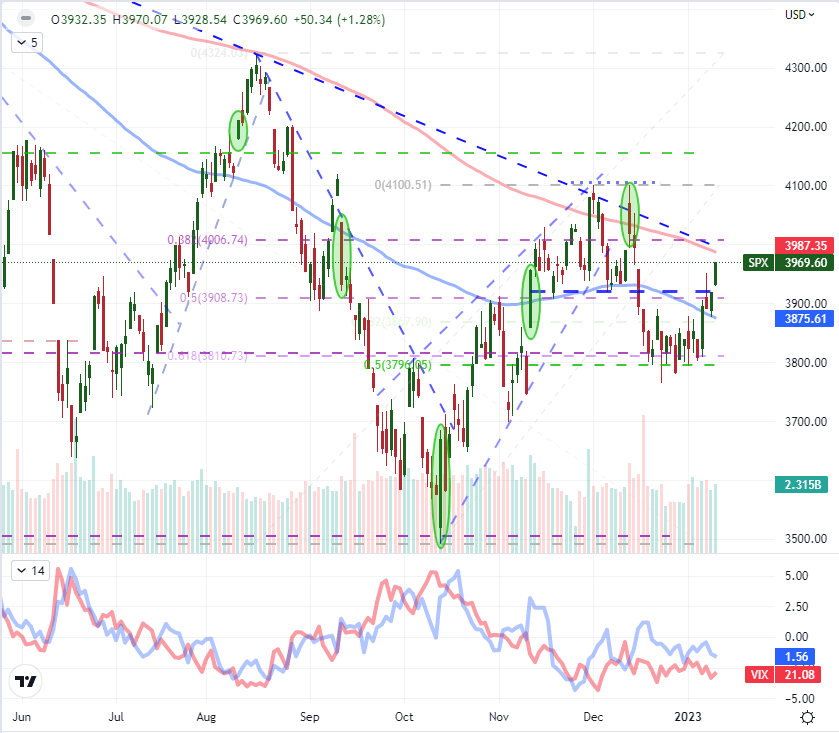 While the S&P 500 and US indices are exceptionally sensitive to interest rate speculation owing to the connection between monetary policy and market performance in the decade following the Great Financial Crisis; for the Dollar, the course is much more nuanced as it is on a relative basis. The Greenback has suffered a loss of altitude following the last three moderations of the CPI series, and the November 10th update in particular changed the course for EURUSD and thereby the broader FX market. That said, the forecasted terminal rate through these past few months (using June 2023 as the baseline) hasn’t materially eased. What’s more, the course of the US monetary policy outlook carries serious weight over expectations for the other major players in the world. Strategically, most central banks will draft the Fed as it can soften the domestic blow on the currency and to a certain extent the impact of policy on the local economy. With EURUSD on the cusp of another key technical resistance, will this event risk truly resolve our course? 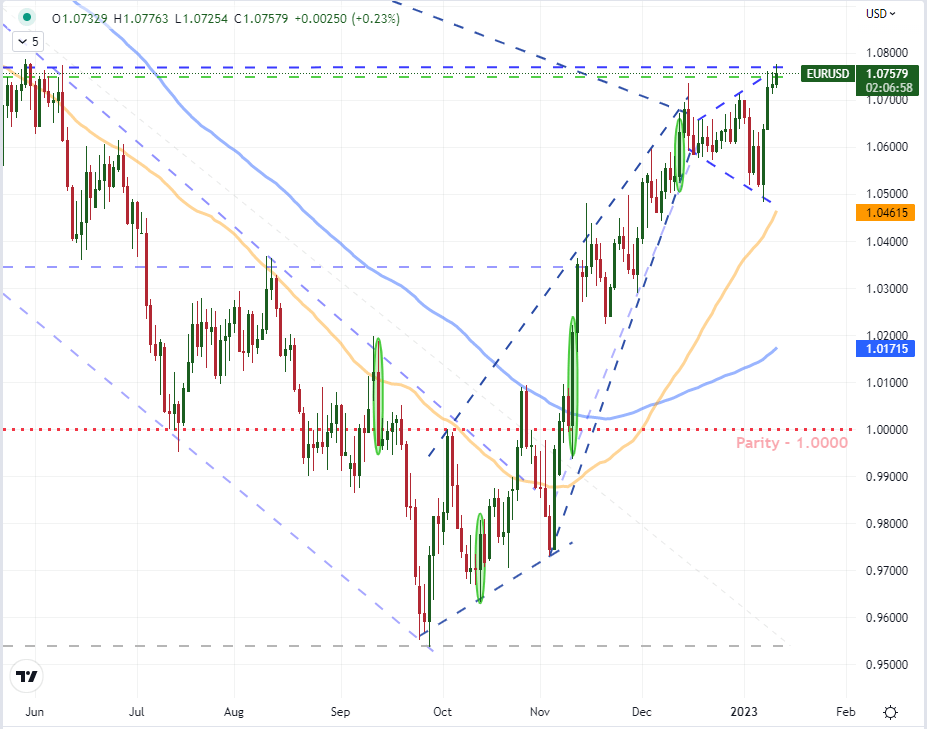 Even more direct and nuance an outlet for the forthcoming inflation report are US yields. There are many instruments in this category, but few have the scope of US Treasuries. Not only are they directly exposed to what the central bank does with short-term rates and its balance sheet (made up heavily of these products), but it is also the benchmark ‘risk free’ asset for the world. It’s worth analyzing from time to time yields of different tenors as short as the 1-month bill to the 30-year bond, but the 2-year note is aligned to the Federal Reserve’s target ‘medium-term’. That said, the chart of this tenor is on the cusp of the 100-day moving average and a large potential reversal pattern. This close, it wouldn’t difficult to tip it over the edge. 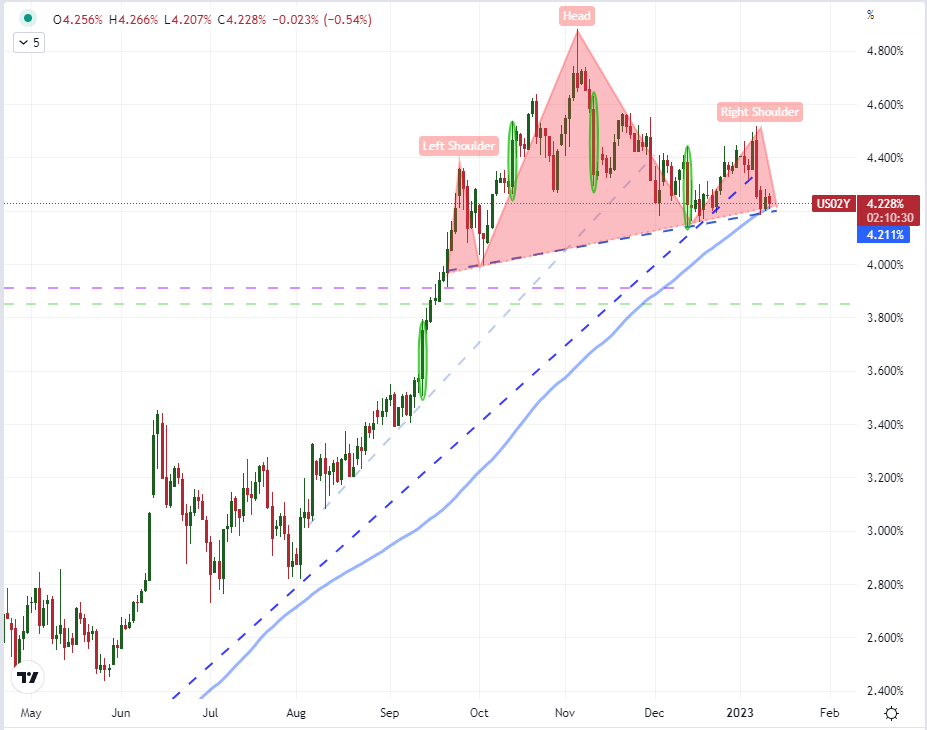 While the immediate focus is – and should be – on the impact that the CPI release can have on the global markets, it is important to appreciate the event risk around and after its crosses the wires. It is possible that this update is a dud, though even an in-line outcome would carry some meaningful connotations given that the markets have advanced in the lead up to its release. More remarkable is the comparison to the last month update where the CPI registered volatility but trend quickly went to the subsequent event risk that followed. As it happens, we have some very meaningful updates the day after. In particular, I will be watching the bank earnings that are scheduled before the open (JPMorgan, Bank of America, Wells Fargo, Citi) as the equity markets tend to put greater weight behind EPS than GDP generally. There is also the University of Michigan consumer sentiment survey later in the day which is no slouch itself when it comes to generating volatility. But it’s scale of impact will really depend on how significant the earnings response is.

Top Macro Economic Event Risk Through Rest of the Week 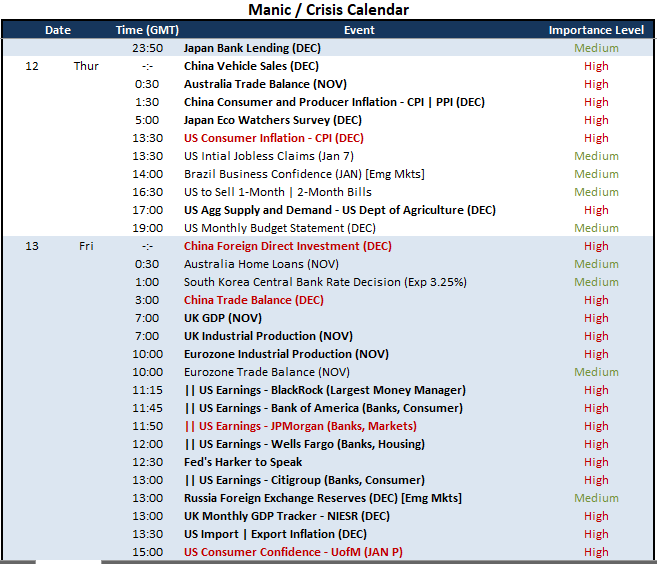