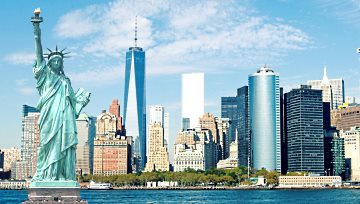 Tomorrow brings January NFP’s to the table, and next week brings the Bank of England’s Super Thursday. The U.S. Dollar remains pinned-down near three-year lows, and we look at a variety of setups around the Greenback in this webinar.

The big item on the docket over the next 24 hours is the release of January Non-Farm Payrolls tomorrow at 8:30 AM ET. The expectation is for 180,000 jobs to have been added in the most recently completed month, and as usual, we’ll also get revisions for prior months’ data.

The aggressive down-trend that is now more than a year old continues to show in the U.S. Dollar, as DXY remains very near the fresh three year lows that were established just last week. Sellers have remained active in the Dollar throughout today’s session, pushing prices closer to the Fibonacci level that exists at 88.42 in DXY.

The Euro strength theme continues to show rather vividly, with EUR/USD moving back-up to re-approach the 1.2500 psychological level. This area had previously helped to temper the bullish trend, and as we approach a really big data point, chasing the move whilst at previously resistant highs could be a daunting prospect. Instead, we looked at the same supports we had looked at on Tuesday, combined with an additional area of potential higher-low support around 1.2425-1.2430.

GBP/USD Ahead of Next Week's Super Thursday

While Sterling strength remains rather prominently, GBP/USD has recently found a bit of resistance around those fresh highs created just last week. After topping out just under 1.4350, a lower-high printed ahead of last week’s close near a key Fibonacci level at 1.4284. When a Doji printed on the hourly shortly after this morning’s Euro open, with a lower-high at 1.4275, this opened the possibility of short-term reversals in that longer-term bullish trend.

USD/JPY: Range within a Range

We had looked at this pair earlier this morning, and we provided an updated look this morning after prices started to further leave that longer-term resistance zone. While USD-weakness remains rather prominently, JPY weakness has shown recently as well. We looked at playing a topside break of the short-term range in the direction of the longer-term range (higher).

Aussie has come off a bit after catching resistance at the fresh two-year highs that printed just last Friday. We drilled-down to an hourly chart to look at near-term momentum heading lower, and this was happening even with a backdrop of USD-weakness. We looked at potentially bearish setups, particularly should the pair fall back-below the .8000 psychological level.

USD/CAD: How Weak is Too Weak?

Potential bear trap. The trend is clear, but tepid price action whilst at lows exudes caution for bearish continuation strategies. A pop-higher, particularly if fueled by a quick move around tomorrow’s NFP print, can open the door for downside trend strategies. We looked at a couple of different areas of resistance that could be used for such a purpose.

We had looked at this pair in our technical article on Tuesday and then again in the Analyst pick released later in the day. The backdrop for the setup was looking to take advantage of prevailing themes while avoiding the U.S. Dollar, and Euro strength and Yen weakness have shown up rather clearly, helping the pair jump up to another fresh two-year high with today’s price action. We looked at possible areas for higher-low support to play bullish continuation.