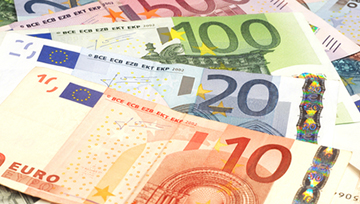 EUR/JPY Runs into Fibonacci Support at Prior Triple Top

- EUR/JPY has been unable to take out resistance around the 136.00 area.

- The longer-term bullish trend remains intact, with a key area of support currently being tested.

Euro Strength as a Primary Theme for Forex Markets

Last year was very bullish for the Euro, and much of this strength came as the European Central Bank remained loose and passive, even extending their QE program for another nine months into 2018. But, Euro-bulls seemed rather undeterred by the prospect of weakness in the single currency, as that QE extension last year brought a mere two weeks of weakness to EUR/USD; and wasn’t even able to dent the bullish trend in EUR/JPY that’s been in-play since April of last year, which started around the first round of French elections.

Since then, a steady up-trend has formed that’s offered considerable adherence to prior price action structure. This trend built-higher all the way into the first few trading days of 2018, with a fresh two-year high being set shortly after the open into the New Year. Worries of a ‘stealth taper’ out of Japan helped to bring a three-day pull back to the move, at which point buyers showed-up at a trend-line projection around 133.00. But – once prices returned towards those highs around 136.00, bulls appeared to be lacking the wherewithal to drive prices-higher.

The area above 136.00 has been a difficult one for EUR/JPY bulls. After reversing from there earlier in the month, a return to 136.00 in mid-January was met with considerable resistance. Buyers continued to test that area, but each recurrence was offset by more sellers. On the support side, sellers were unable to get much traction below 135.00 until we opened this week, with prices eventually moving down to test a key Fibonacci level at 134.41.

Return to a Big Level of Support/Resistance

This level of 134.41 was a huge deal last year, as this helped to form a triple top in Q3/Q4 price action. This price comes from the 61.8% Fibonacci retracement of the 2014-2016 major move in the pair, and after buyers pushed prices up to this region last year, resistance set-in after three attempts to break through had failed. Buyers were finally able to punch through in December when year-end flows drove Yen-weakness and Euro-strength, but we have yet to see this prior area of well-worn resistance show-up as support on the Daily chart.

This is still early as we only crossed below this level earlier this morning, but continued support above 134.41 keeps the door open for bullish continuation strategies. Traders can look at initial profit targets at that previous area of short-term resistance around 136.00-136.10. Stops can be investigated below the previous swing around 133.90, or for those that want to give the setup a bit more room to work, below the prior swing-low/trend-line inflection at 133.00.