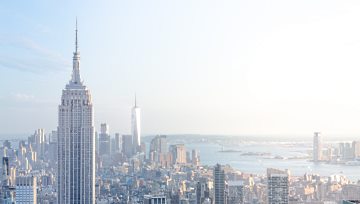 Non-Farm Payrolls (NFP) to Keep the U.S. Dollar in Focus

- This brings focus on the remaining calendar for the week, with ISM numbers released later today and Non-Farm Payrolls to be released tomorrow morning.

FOMC Uninspiring, NFP is on Deck

Yesterday’s Federal Reserve rate decision seemed to go through without significant fanfare, leading us into the next couple of days’ worth of data as US issues remain in focus. At 10AM ET today, we get ISM numbers and tomorrow brings the big one with Non-Farm Payrolls for the month of January. The current expectation is for the US economy to have added +180k jobs in the most recently completed month, and as per usual, prior months will be subject to revision along with tomorrow’s release.

For its part, the U.S. Dollar remains in a very weak position, much as we’ve seen throughout the duration of the past week after prices lurched-down to fresh three year lows. Price action found a bit of support around a key Fibonacci level, and has since been unable to break significantly-lower. On the below weekly chart, we’re taking a step back to look at the longer-term backdrop here, and notice how support carving-in off the 50% retracement in September of last year led to about two months of strength before sellers came back to drive-in that bigger picture bearish trend.

Is the U.S. Dollar Setting Up a Bear Trap?

The Dollar is weak, it has been weak, and pretty much everyone knows that. The Dollar even sold-off after yesterday’s FOMC rate decision which many are calling a ‘hawkish hold.’ The primary problem arises from the fact that even with all of this weakness continuing to permeate an already bearish backdrop, sellers have been unable to gain much traction at prior tests of support after last week saw markets unable to break below the Fibonacci level at 88.42.

On the below Daily chart, we’re highlighting that September retracement after support showed at the 50% retracement. In the two weeks following that support hit, a range developed with higher-low support. Bears remained active, but were largely offset by strength, regardless of whether that strength was from bulls trying to call a bottom or shorts covering up positions, helping to squeeze the move-higher. Eventually, bears gave up and buyers were able to push prices in the U.S. Dollar higher for much of the next seven weeks.

Tomorrow’s NFP report could offer traders a tell as to what may be going on here, and the key will be to see the way that prices respond if/when a test of support comes into play. If we do see respect of prior support structure around tomorrow’s data, then the door opens for potential bullish plays in the Dollar under the premise that the bigger-picture bearish trend may pull back. If, however, that support structure crumbles and the Dollar takes-out that three-year-low, the bearish trend remains intact and markets like EUR/USD and GBP/USD will likely continue to scream higher.

In USD-Strength Scenarios, Which Markets Might be Most Attractive?

The next logical question if entertaining bullish-USD scenarios would be where might that theme be most opportunistic? Bigger-picture themes of strength in the Euro and British Pound could make the prospect of trading a Dollar retracement a bit more challenging; but over the past couple of days we’ve seen a return of Yen weakness, with EUR/JPY running up to set a fresh two-year high earlier in the session, and GBP/JPY setting a fresh post-Brexit high just a couple of hours earlier.

Of interest around the U.S. Dollar is a theme we discussed yesterday with the ‘range within the range’. USD/JPY price action has been range-bound for going on a full year now, with prices finding support around 108 in April before bouncing between support and resistance for the rest of the year. As we came into 2018, with USD-weakness the dominating FX theme, USD/JPY sank down into the support zone of that range, and spent a large portion of the past week dwindling around there, creating a smaller, shorter-term range that we looked at yesterday which has just started to give way to higher prices.

On longer-term charts, this brings up the possibility of the bigger-picture range beginning to fill-in, as prices are starting to leave the support zone that’s been active in this range since last April. Continued strength on the shorter-term hourly chart can be used to help gauge the probability of that longer-term range continuing to show bullish tendencies, and tomorrow’s NFP report will be key for gauging the potential for that longer-term range to continue.

Are you looking for longer-term analysis on Euro, or the U.S. Dollar? Our DailyFX Forecasts for Q1 have a section for each major currency, and we also offer a plethora of resources on our EUR/USD, GBP/USD, USD/JPY, and U.S. Dollar pages. Traders can also stay up with near-term positioning via our IG Client Sentiment Indicator.