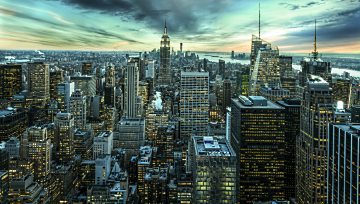 The next few trading days bring quite a bit on the U.S. data front, with the first FOMC meeting of 2018 tomorrow, ISM on Thursday and NFP on Friday. Can this series of drivers finally move the Greenback out from its recent slumber?

FOMC on Wednesday, NFP on Friday

The next few trading days present a busy calendar with various items of interest. Tomorrow brings the first FOMC rate decision of the year, and this will likely be a light event as there’s no press conference, no updated projections, and it’s Chair Yellen’s final meeting at the bank with Mr. Jerome Powell taking over in February. The next FOMC item of interest is in March, where the bank is widely expected to raise rates. The latter portion of the week remains busy, with ISM numbers released on Thursday and Non-Farm Payrolls on Friday.

The pain trade in the Dollar continues as USD price action has been unable to catch any element of a lasting bid; and the big quandary at the moment is whether bears might get enough ammunition to break-through the Fibonacci support that showed up last week around the ECB. While this trend has been one-sided, it may be stretched too far to the downside to produce many attractive long-USD setups. So, we looked elsewhere for positioning in Euro and GBP.

Last week’s surge in EUR/USD was notable, and after resistance showed-up at 1.2500, the pair has been unable to get back to that psychological level. While the theme of Euro strength appears attractive, it’s that oversold U.S. Dollar that could really make topside positions challenging here. We looked at two possible ways to move-forward: Either using a short-term approach off of the hourly with relatively tight stops, or wait for a bigger pullback to a more confirmed level of longer-term support.

For all of the U.S. Dollar weakness over the past year, USD/JPY has spent most of the past nine months in a range. This illustrates how at least a portion of that weak USD has been offset by a nearly as weak JPY, which very much aligns with the posture of the Bank of Japan. With the BoJ unlikely to leave stimulus anytime soon, this could keep the short side of the Yen as attractive. The big problem with bullish USD/JPY setups would be buying the Dollar, so as an alternative, traders can look to EUR/JPY for bullish Euro-exposure.

EUR/JPY Testing Support at Prior Resistance

While EUR/USD staged a directional move for most of last year, EUR/JPY did the same in perhaps and even more consistent manner. A key level of resistance had showed up when the pair put in a triple top in September, October and then December, and this price comes from the 61.8% Fibonacci retracement of the 2014-2016 major move. This can open the door for topside setups looking to trade Euro strength while avoiding the U.S. Dollar. We discussed this setup in more detail in the previously published article entitled, Bullish EUR/JPY Off of Fibonacci Support.

While the longer-term trend remains bullish here, near-term is a different matter. The bullish trend came-off hard earlier this morning, with GBP/USD rushing down to the 1.4000 psychological level. On the hourly charts and below, this could be worked with in a bearish manner, presenting the possibility of a near-term bearish setup even with the longer-term bullish backdrop. We shared how this could be paired-up with a long GBP/JPY trade (discussed below) to produce a synthetic USD/JPY long position.

As the Dollar was folding lower, Gold prices were bursting-higher for much of the six weeks from mid-December leading into Sunday’s open. We looked at potential support levels around $1,325 and again around $1,307.50 for bullish continuation plays.

U.S. Equities Dip Ahead of State of the Union

Buy the Dip is not yet dead, and we looked at a series of support levels in the S&P 500 and Nasdaq 100 for such an approach.