When Markets Not Cascading on the Open is Encouraging

We left market sentiment in a precarious state this past Friday. Despite the liquidity hangover of the US Independence Day market holiday, US capital markets shuddered in the aftermath of the US labor report. That response was particularly remarkable given that the economic implications were actually positive. When push came to shove, the market prized the appetite for external and temporary support via central bank infusions over the marginal improvement in underlying data. In other words, the tempered forecasts for aggressive rate cuts hit harder than the reassurance of steady economic growth in the world's largest economy.

With Monday's session, we could have added liquidity to the system with a result akin to pouring fuel on a fire. A tumble for benchmark assets like the top US indices, emerging markets and carry trade would have have exposed confidence to be a facile dependence on a depleted and unreliable foundation. Such a realization given the fears for economic potential and the realities of poor returns through the foreseeable future would only risk triggering a systemic fallout. Prepared for the worst, speculators would instead hold their nerve. The S&P 500 opened to another significant gap lower on the open and eased further, but it wouldn't stage a new lower low. Market participants are certainly more cognizant of their precarious position, but avoiding free-fall until some definitive fundamental winds sweep in can keep sentiment afloat. 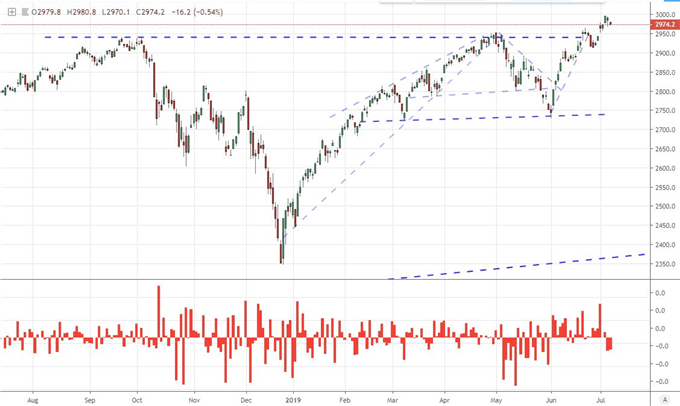 While there are numerous fundamental themes vying for the market's attention, monetary policy likely retains the greatest weight among the systemic themes. However, whether or not the Fed cuts rates this month is not a fundamental question that is likely to be answered through the opening 48 hours of trade this week. Come Wednesday, Chairman Powell's first day of testimony before Congress will no rise sails to serious fundamental winds while the FOMC meeting minutes released later in the session will meet an audience with a particularly acute interest in the nuance of language following the extreme disparity in forecasts from Fed official against that of the market's official pricing. 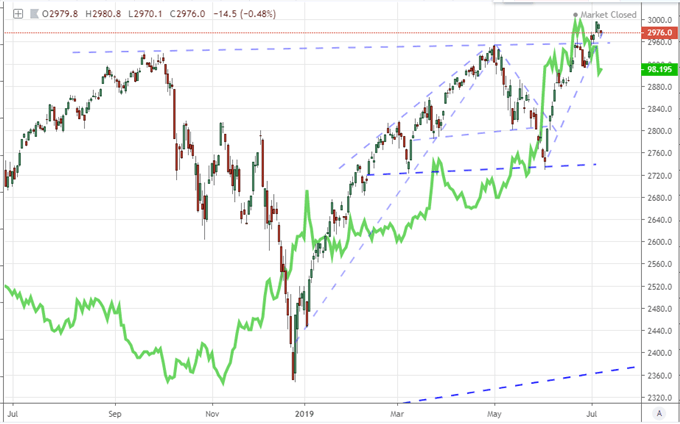 In the interim, there are other fundamental rapids to monitor for their risk to take us on errant segues. Economic activity was a troubling reminder of competing attention this past session. From the docket, Japanese machinery orders recorded their worst contraction in 8 months, German industrial production growth disappointed and consumer credit failed to compensate. The official 2Q GDP run from the government doesn't start until next week's China update, but there is plenty to occupy concern in the meantime. What's more, should the state of growth truly take center stage, there is little that can be expected to truly flatter bulls given the levels we find pace-setters like the Dow breaching and the many obstacles to fast expansion we are facing. 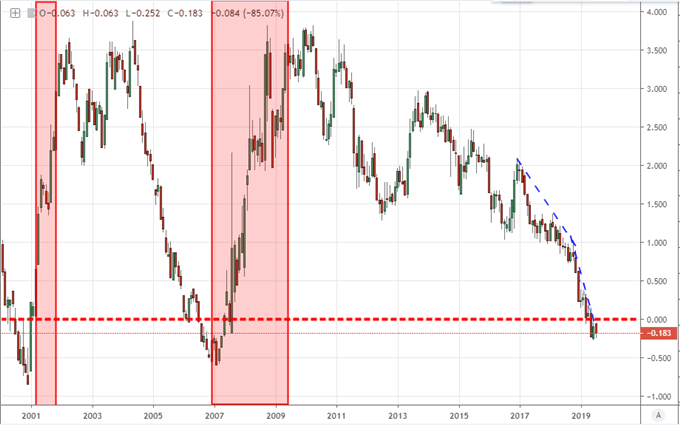 Another systemic theme of particular importance is the state of trade wars. We were offered no definite insight on the tenuous relationship between the United States and China to start the new week, but the G-20 freeze fire between the superpowers is still drawing the same sigh of relief. On the topic, the Bank of Japan's Governor reiterated his warning on the ills of a global economic standoff while China repeated through its Vie President that it was not possible to cut out the country. According to recent data updates, China increased its foreign reserves this past month to $3.119 trillion versus $3.110 trillion the month before. That is not fundamental development enough to spur systemic market movement but it can easily compound moves that originate elsewhere.

As we chart the key fundamental influences over the coming week and beyond, it is important to separate those assets with high level potential in the near future from those that simply have an appealing technical backdrop. The Euro and Pound fall in that latter category. For the world's second largest aggregate currency, the Eurozone investor sentiment retrenchment (-5.8 reading from Sentix), the floundering German imports figure and German industrial production printing 0.3 percent does few favors for appetite. The Euro is still more likely to flounder until something more definite come along. For the Sterling, it is clear what that next shove would be: progress on Brexit. The deadline between the UK and EU is not until October 31st, but fear over a no-deal resolution continues to build alongside Boris Johnson's candidacy for the Conservative Party leadership. That said, a UK auto industry group has issued the latest warning against such an outcome as a severe threat to business health. 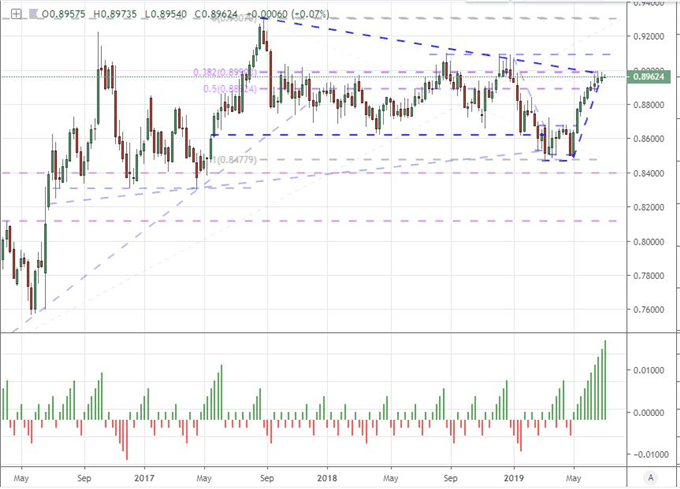 In contrast, there is a much more proximate time frame for potential volatility when we refer to the Dollar or Loonie. For the Greenback, the focus is Fed brimstone which will start landing on Wednesday. While there are a few members due to speak today, the real heft will be shouldered by the FOMC minutes and Chairman Powell's first day of Congressional testimony on Wednesday. While this can certainly stir volatility, be mindful of true trend anticipation. For the Canadian Dollar, the same sense of pointed interest will follow Wednesday's Bank of Canada (BOC) rate decision. There is a clear bias behind this event which sets a mirror skew in how the market responds. We discuss all of this and more in today's trading video.. 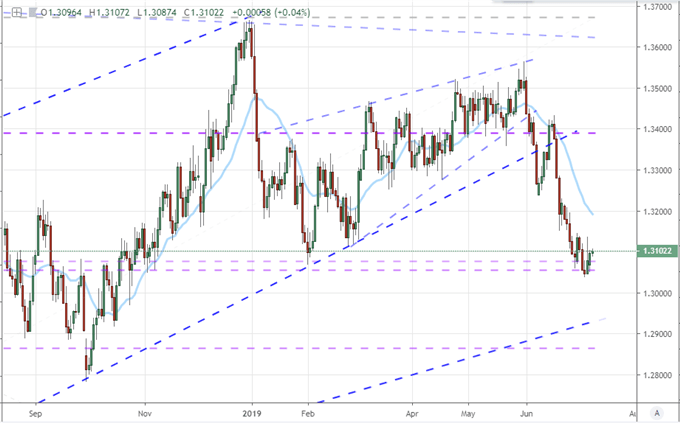