A return from holiday hasn't fast tracked a return of liquidity and momentum. Risk trends are uneven while Chinese markets are notably in retreat. FX traders are watching the Dollar and all are watching Bitcoin.?

The first trading session after the US holiday-drained week behind us didn't set a strong precedence for a roaring recovery in risk trends and market momentum. Historically, the move into the final stint of the trading year - between Thanksgiving and year end - offers an environment that supports risk appetite and low volume. Yet, years of falling deeper and deeper into complacency no doubt distort the potential of what the markets are able to achieve through speculative ambition alone. Looking across the benchmarks for sentiment, there was little drive present. US equity indexes were little moved parked off record highs. Global indices from the DAX to the FTSE 100 to the Nikkei 225 were struggling to recover lost ground. The Emerging Markets led by the EEM ETF suffered a knock back befitting an outperformer of its status while the junk bond market which has been ravaged has balanced out. Perhaps the most remarkable performance however comes from the less closely monitored Chinese shares market.

China is the world's second largest economy and its financial system - though significantly disconnected due to capital controls - has critical influence over the global market's health. Those that have been in the market for more than a few years will recall that the two biggest spills in recent years for global sentiment and its benchmarks (like the S&P 500) followed closely developments in Chinese markets. The August 2015 market collapse came on the back of a sharp slide in Chinese shares and subsequent change in valuation for the country's currency. The subsequent tumble from developed world capital markets in the open to 2016 similarly followed on the back of distinct declines from the giant in the East. It is this relationship that should encourage traders to pause as the ASHR and FXI ETFs (developed world ETF proxies for the CSI 300 and Chinese large cap) have suffered a notable drop. There is no clear and agreed upon cause, but it wouldn't be a stretch to link the market's struggles to the same easing registered in the Chinese fixed income market where a crackdown on leverage in lending is hitting prices.

Outside risk trends and seasonality, the FX market was active but unwilling to commit to a clear drive. The Dollar bounced modestly on Fed speak where Dallas Fed President Kaplan released his views on policy seemed to reach further than the standard when he voiced concern that the US debt levels were unsustainable and that the quiet in the financial markets was extraordinarily unusual. In advance of its appearance before the Senate tomorrow, Fed Chair appointee Jerome Powell laid out his views with an ambiguous support of gradual policy tightening, Fed independence and deregulation beyond the core measures. Nothing too controversial and thereby particularly market moving for the Dollar Index. In contrast, the Euro had a little more spring on weekend news that Germany's Merkel may be able to make a grand coalition (after Christmas) and the Kiwi Dollar which had no clear and strong motivator at all. The most impressive move was once again the charge sustained by Bitcoin. Weekend and Monday extension has now put the cryptocurrency above $9,500 and its pacing can easily surpass the closely monitored 10,000 mark. We discuss trading conditions heading into this new week with liquidity on the rebound in today's Trading Video. 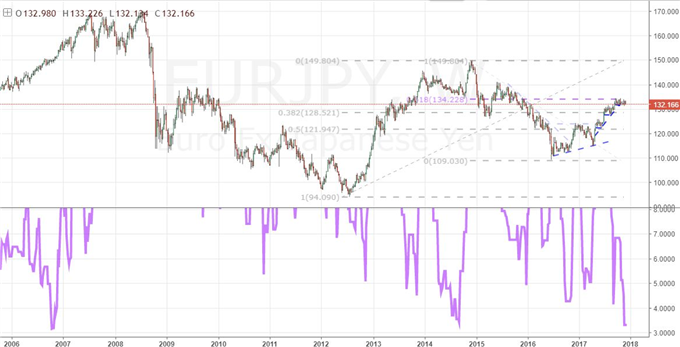 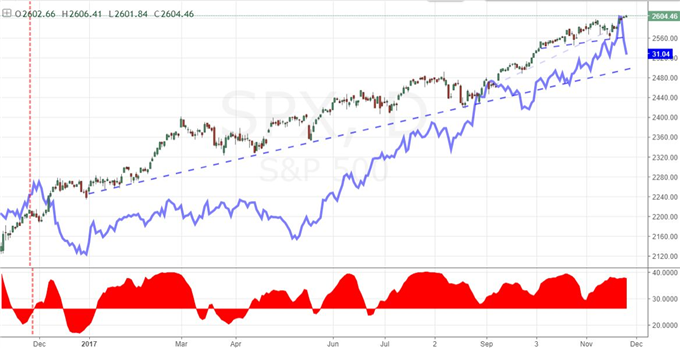 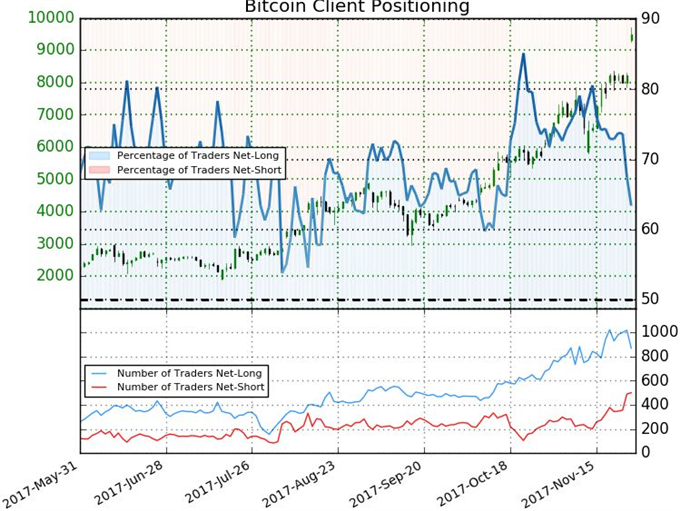