Once again, a remarkable charge of volatility through the end of one week doesn't carry to the start of the new period. In contrast to last week's jump for the VIX volatility index and the S&P 500's drop below a prominent trendline support, we found the former slowly easing back and the latter holding a particularly narrow day's range just below the bears' technical achievement. This is remarkably similar to the situation we registered last week around the weekend. In that instance, the US - North Korea standoff had generated serious concern across the speculative landscape and sent traders seeking safety. When Monday rolled around, the appetite for the zombie-like complacency drift proved too powerful and returned the markets to status quo. As with last week, the risks underlying the financial system remain unresolved and we should continue to navigate carefully.

Political risk remains one of the key and active themes to account for when it comes to speculative balance. Tension with North Korea remains with South Korea and the US employing war games for preparation and projection of power. On the risk positive side, however, Senate Majority Leader Mitch McConnell looked to address a concern that was due to build pressure over the coming weeks. The Congressman said there was 'zero chance' that another debt ceiling standoff with bring the US government and financial markets to the brink like it had in 2011 and 2013. There may be less motivation to play the obstructionist card now, but there are plenty of wild cards that could prove this less than a farfetched threat - including a President that has ruminated on using this point as a negotiation tool in the past. The positive outcome for this event is status quo - neither alleviating a discount that has been built into certain assets nor offering a recovery in depressed risk appetite. The alternative is a financial crisis that will certainly rout the US system and almost certainly spread to the rest of the world - holding more than a fair chance of sparking global risk aversion.

A more immediate political uncertainty is President Trump's scheduled rally in Arizona Tuesday. His addresses are known for frequently going off script and he has a tendency to address controversy rather than avoiding it. Given the market's penchant for responding to his views, promises and threats; we should keep a cautious eye on his remarks. Despite the push and pull from last week to this one, the Dollar's technical slip - clearing short-term DXY Index support and pushing resistance on a mirrored EUR/USD consolidation - doesn't seem to offer a sense of commitment one way or another. For the Euro's part, there is little fundamental motivation aside from expectations for ECB President Draghi's speech later this week. That doesn't reduce the technical appeal of Euro crosses such as EUR/JPY, EUR/GBP and EUR/NZD though. Meanwhile, if you were looking for volatility, you could find it. In cryptocurrencies, Ethereum stole the spotlight from Bitcoin with a bullish wedge break that can be attributed to...take your pick. Both digital currencies are guided by speculative interests and what motivated traders changes on a regular basis. There was also activity to be found in commodities. Though not pressing a long-term high and Fibonacci level like copper, gold was keeping the pressure on a triple top. Oil on the other hand dove and subsequently undercut most of its Friday gains. Where are markets moving and where is the pressure building up for opportunity/risk ahead? We discuss that in today's Trading Video. 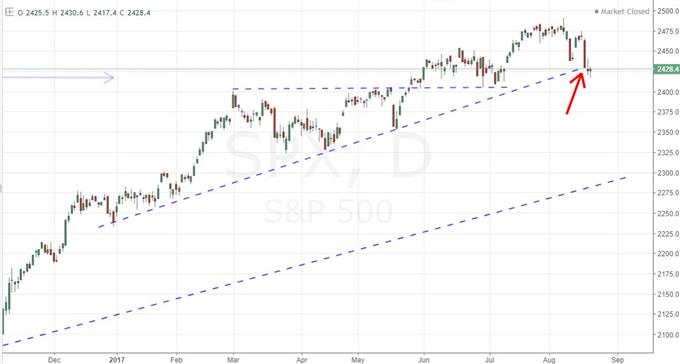 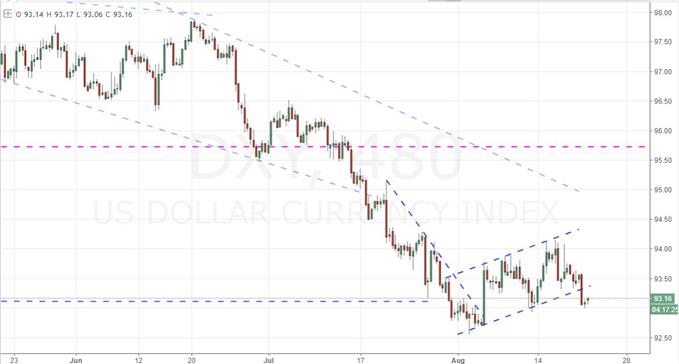 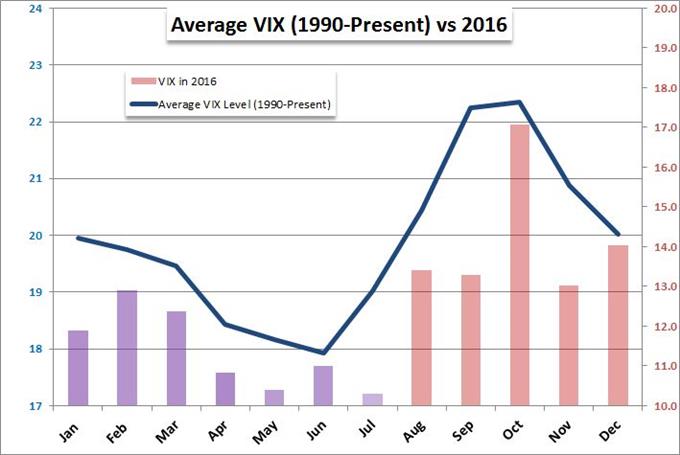 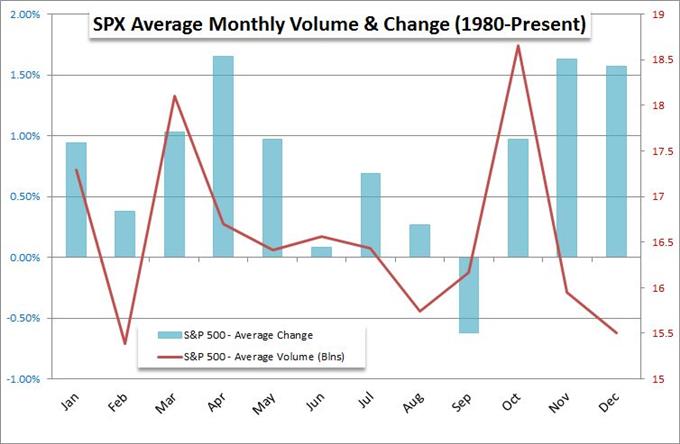