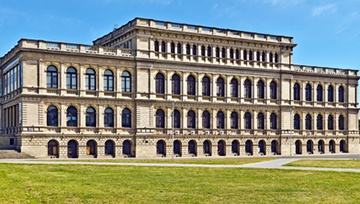 Check out the DailyFX Q2 Trading Forecasts to find out where our team of analysts see the Euro, DAX, and other markets are headed in the coming weeks.

The DAX 30 gapped higher this morning and has thus far lost the gap and then some, as the general tone remains skewed towards risk-off. The German benchmark is trading around an important trend test with the trend-line off the December low having been touched on Monday.

Just below the trend-line is a parallel that ties to a line crossing over several short-term peaks that were carved out during the rally from December up until this month’s high. You can’t necessarily call it confluence given the two lines originate from the same spot, but the variation in how they are drawn warrants a buffer of sorts. The parallel is the conservative, lower-most bound.

How the DAX reacts to support in the days ahead is important. Perhaps as soon as today we see a strong fail or rejection of trend support. A breakdown below doesn’t necessarily turn things outright bearish but does undermine a bullish structure that has been in place for several months and brings in the notion a larger turn down is unfolding. A hold and strong turn higher will keep things intact for now. The trend will remain marked by several months of higher highs and higher lows.

Tactically speaking, fresh shorts here don’t have great risk/reward appeal as support sits at the feet of the DAX, while would-be longs may be best served waiting for strong price action before gearing up with bullish bets. 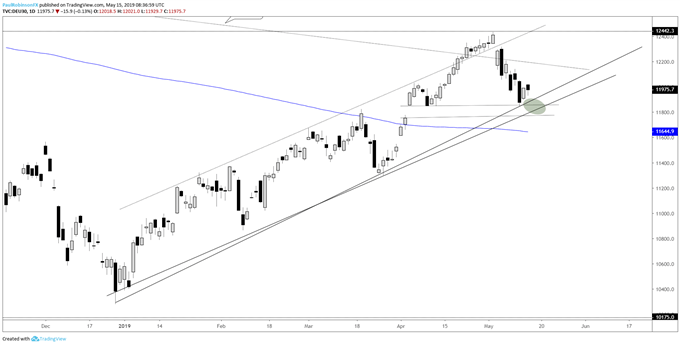 The CAC doesn’t have the same support the DAX has at the moment and remains exposed to further downside without meaningful support arriving until 5211 and the 200-day at 5189. So goes the DAX will go the CAC, and with that in mind keep an eye on trend support in the former for further guidance on the latter. 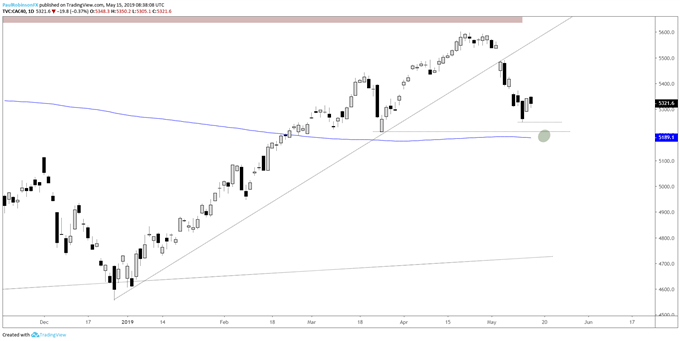