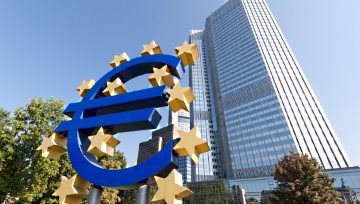 - The large expectation is that we’ll hear the ECB begin to taper their stimulus program at tomorrow’s meeting. The Euro has remained resilient as we walk towards that meeting.

- Want to see how Euro and/or Yen are holding up to our DailyFX Q4 forecasts? Click here for full access.

In our last article, we looked at the rally in EUR/JPY finding higher-low support around a key Fibonacci level. The price of 132.05 is the 50% Fibonacci retracement of the 2008-2012 major move in the pair, and when combined with the prior swing-high around 131.71, helps to produce a support zone that’s held the lows in EUR/JPY for the better part of the past month after repeated attempts of sellers to break prices-lower.

The combination of this weekend’s Japanese elections with tomorrow’s upcoming ECB rate decision has kept interest revolving around both currencies in the pair. Yen weakness has come-back with vigor after Shinzo Abe’s LDP party enjoyed a decisive win, and tomorrow’s European Central Bank rate decision is expected to bring some type of tighter policy, whether that be through a smaller amount of monthly bond purchases or perhaps even a forewarning of a potential rate hike at some point next year.

Current resistance in EUR/JPY is coming-in at another key level, as 134.41 is the 61.8% Fibonacci retracement of the 2014-2016 major move in the pair; and this price had helped to set resistance over a two-day span in latter-September. While this morning’s run has technically created a fresh one-year high with prices touching over that prior inflection point, the fact that sellers showed-up so quickly should urge caution around chasing the move at this point.

At this stage, the near-term trajectory in EUR/JPY will likely be decided around tomorrow’s ECB rate decision. This is something where traders should be very careful, as much of the year has seen the bank attempt to filter some form of weakness into the single currency. And while this worked for a bit in the first half of the year, so far in the second we’ve seen something far different take place. Around the ECB’s rate decision in July, Mario Draghi said that the bank hadn’t even discussed the prospect of stimulus exit and the Euro ripped to fresh highs. A month later, at Jackson Hole, Mario Draghi used his speech near the end of a Friday market close to talk about the benefits of open borders and migration, not even touching monetary policy, and EUR/USD took out the 1.2000 level in an aggressive bullish advance.

So, perhaps the more operable question for tomorrow: How dovish would the ECB need to go, and what could they do, that could begin to reverse the Euro’s 2017 bullish trend? The large expectation is that we’ll see the ECB cut their QE program while extending its duration. Many are pointing towards the ~€30 Billion per month figure, down from the current outlay of €60B a month. If we hear a number larger than that €30 Billion figure, we could see a bit of drag on the Euro as some additional dovishness from the ECB gets priced-in. The bigger quandary for traders is how deep any pullbacks that may show up might run. On the chart below, we’re looking at a bullish trend-line that’s held the lows in the pair since the gap in the Euro around the first round of French elections, all the way back in mid-April.

On the four-hour chart below, we’re looking at two areas above that long-term zone of support that traders can look to for the development of a longer-term higher-low; around 1.3350 and 1.3250. Given that we just had a test of prior resistance along with a fresh one-year high, the prospect of bullish continuation is there, if not questioned a bit by the ECB event on the calendar for tomorrow. Support at either of the below levels open the door for bullish positions with stops placed below the longer-term zone of support that runs from 131.71-132.05.