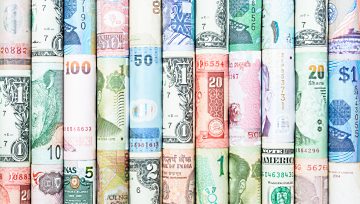 - The pair has oscillated within a ~140 pip range over the past two weeks, with multiple tests of support holding-up the longer-term trend.

- Want to see how Euro and/or Yen are holding up to our DailyFX Q4 forecasts? Click here for full access.

In our last article, we looked at EUR/JPY moving-down to a key level of support. The pair put in quite the performance in the middle two quarters of 2017, jumping from a mid-April low below 115.00 to set a fresh 2017 high just a few weeks ago at 134.41. This move, of course, has been driven by a host of fundamental factors revolving around both the Euro and the Japanese Yen, and as we near what’s expected to be a pivotal European Central Bank meeting later in the month, that previously bullish move has continued to digest around higher-low support.

Continued support around the longer-term retracement at 132.05 opens the door for bullish exposure in the pair. Traders can investigate stops either below 131.71 for a more aggressive approach, or below the prior swing at 130.56 for a more conservative stance with more room to work on the initial entry. For those taking the more aggressive approach, a re-test of the prior swing-high around 133.00 can be used to adjust stops to breakeven. The level of 134.41 is particularly interesting for bullish targets, as this Fib level had offered a couple of days of resistance previously; and if this is taken out, the psychological level at 135.00 becomes attractive for next topside targets.