In the week to March 9th, bearish positioning in the US Dollar had continued to be unwound, with the $5.48bln reduction marking the largest short-covering in this current cycle. This had largely been against the Euro, as longs continued to be liquidated (-$3.57bln). The sentiment around the Euro remains fragile with the ECB stepping up PEPP purchases in order to counter rising nominal yields, while the Fed remains calm over rising yields. Meanwhile, more lockdown measures are being announced across Europe with Germany stating that they are on the verge of another Covid wave. This also comes at a time where the EU has faced headwinds over their vaccine rollout, as such, with both interest rate and growth differentials leaning in favour of the dollar, the Euro is likely to struggle going forward.

The Japanese Yen has been another currency that has continued to weaken with positioning now neutral as the USD short squeeze persists. However, as I have previously highlighted, the move in the Japanese Yen has largely been in response to the rise in global bond yields and while upside momentum in USD/JPY has shown little signs of abating, given that the pair is technically overbought, risks of a pullback have been heightened. The potential catalyst for this would be the BoJ meeting, in which the central bank will release its findings in its monetary policy review.

Net long positioning in GBP fell by $190mln, to $2.9bln, which marks the first drop in net longs since January. As I noted last week, positioning in the Pound is stretched and thus leaves the uptrend in GBP/USD at risk of breaking, which in turn increases the focus on the 1.3750-1.3800 area. With that in mind, GBP strength against the Euro is expected to be maintained.

Across the commodity currencies, investors increased exposure to the Australian Dollar with net longs growing by $157mln, to $620mln, while speculators marginally reduced their longs in the Canadian Dollar ahead of last week’s BoC meeting. However, with the $1.9trillion US fiscal stimulus package on the way, boosting the narrative of US exceptionalism and oil prices remaining underpinned I continue to favour CAD on the crosses. EUR/CAD has broken down through 1.50 as both the ECB and BoC move in different directions, in which the latter is heading towards tapering assets. 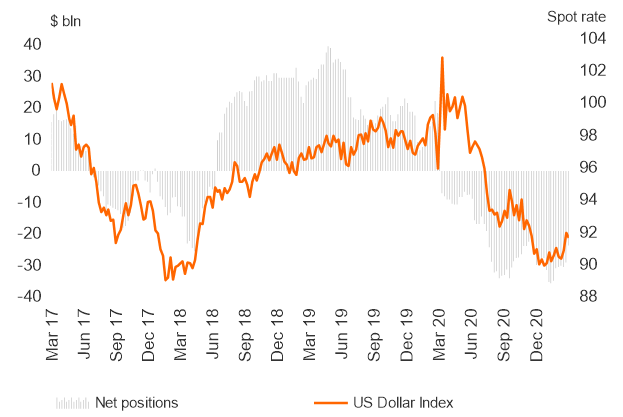 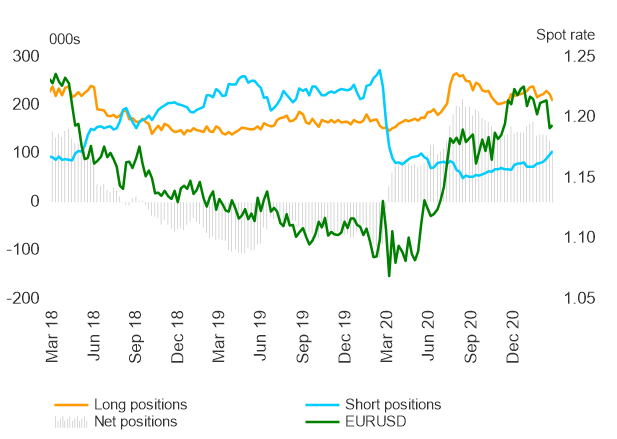 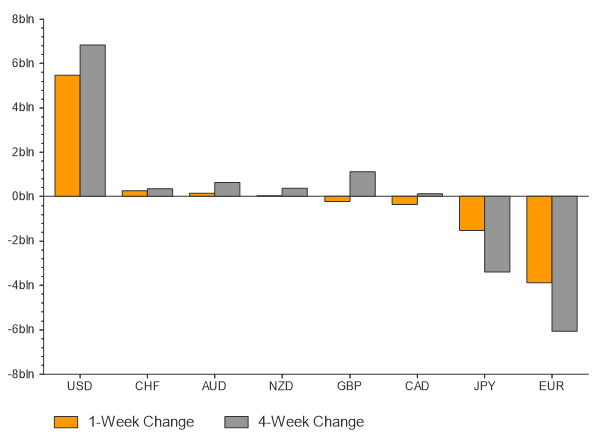