The latest CFTC positioning data for the week ending March 2nd saw speculators continue to unwind their US Dollar net shorts, in which the change in positioning had been due to real money accounts. However, shorts remain elevated and thus, should a further unwind persist, USD risks remain tilted to the upside in the short run, particularly as the Federal Reserve has shown a lack of willingness to push back against the rise in bond yields. Alongside this, with US data outperforming and a sizeable fiscal impulse on the horizon, economists have sharply increased their US growth forecasts, which has raised questions as to whether we are back to the US exceptionalism regime. If indeed this is the case, the move higher in the USD has more room to extend further.

The continued short squeeze in the USD has come to the detriment of both the Euro and JapaneseYen, in which the latter has been mired by not only a firmer USD but also the move higher in global yields. As I have mentioned previously, USD/JPY has primarily been a rates play and the fact that the rally in US yields has been relentless, so to as the move higher in USD/JPY. That said, while I may think the move is somewhat overdone, the lack of pullback in US yields has meant that there is little appeal in fading the move in USD/JPY for now.

Turning to the Euro, sentiment remains weak, given that virus cases are beginning to rise once again, most notably, in Italy, which comes at a time where the EU’s vaccine rollout has underperformed its counterparts. Elsewhere, the ECB has attempted to talk down the rise in nominal bond yields to little avail, although, eyes will be on the weekly ECB purchase data where markets expect an increase in the pace of bond buys. In turn, the Euro remains vulnerable to a continued liquidation in net longs.

Across commodity currencies, speculators appear to have attempted to buy the dip with AUD flipping to net long, while CAD and NZD longs had extended further. However, while the outlook remains bullish for commodity currencies, particularly the Canadian Dollar, following the surge in oil prices, a continued bond market tantrum could see weak longs leave these high beta pairs and perhaps exacerbate pullbacks. That said, with the USD remaining firm, I like the look of fading the strength in AUDCAD if the US outperformance narrative gains traction.

Investor net long positioning in GBP increased by $445mln, to $3.1bln with the move driven by leveraged funds. Although, with bullish bets beginning to look stretched, the uptrend in GBPUSD is at risk of breaking down and as such, I will be closely watching the 1.3750 pivot. That being said, I continue to favour GBP outperformance against funding currencies (EUR, CHF, JPY). 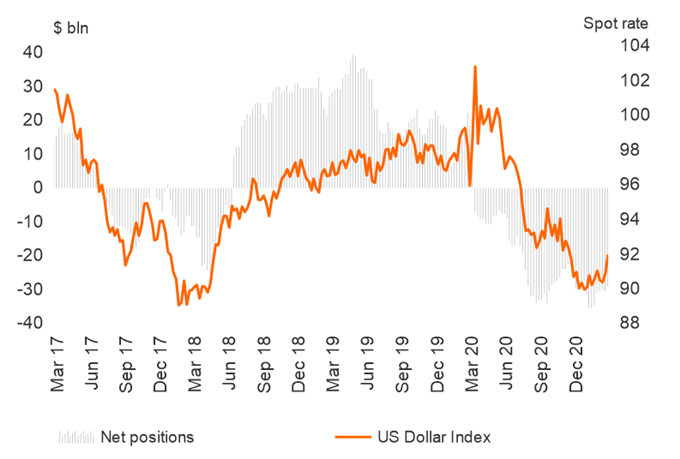 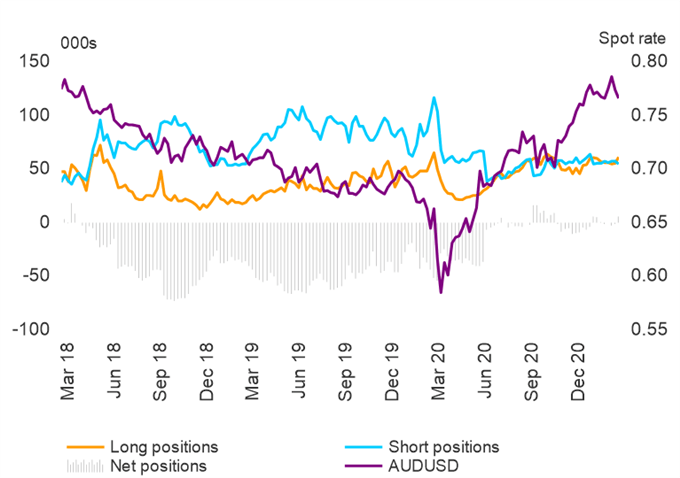 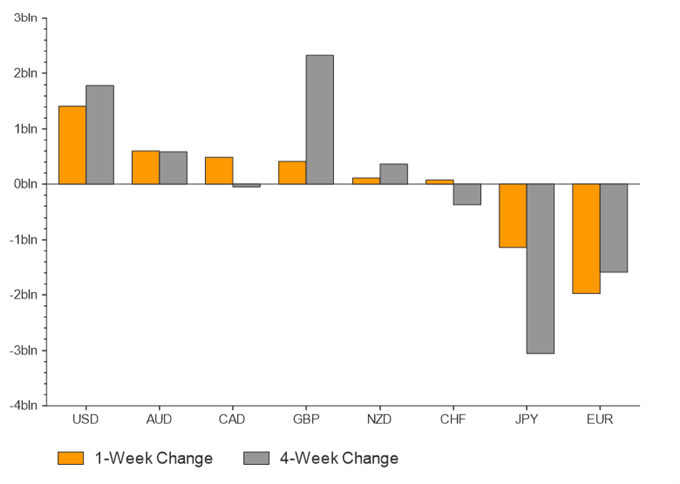