The Dow Jones Industrial Average traded in a narrow range over the past few days. Investors are waiting for Thursday’s US inflation figures for clues about price levels and their ramifications for Fed monetary policy. It appears that conditions are gradually maturing to warrant a debate on Fed tapering bond purchases. Before a clearer picture is drawn on that prospect, large-cap stock indices may be reluctant to move significantly higher.

The small-cap-centric Russell 2000 index rose 1.06% overnight, outperforming large-cap indices. This suggested that investors were probably rotating into the so-called meme stocks amid a renewed wave of retail speculative activity.

AMC entertainment and GameStop, the two popular stocks in the Reddit forum, had another volatile session. AMC rallied as much as 10.2% before erasing most of gains. GameStop surged as much as 23% before closing 7.14% higher. GameStop will announce earnings today, with a loss of $0.82 per share expected. This may remind traders that the current price has perhaps deviated too far away from the stock’s intrinsic value, thus rendering it vulnerable to a drastic pullback when the tide recedes.

On the commodities front,WTI crude oil prices surged 1.11% to a fresh two-and-half year high of $70.00. The underlying demand for energy remains robust as highlighted by OPEC+ and the recent drop in crude inventories. The summer driving season and successful vaccine campaigns in the US and Europe are also supporting fuel consumption. Higher oil prices may bolster the commodity-linked currencies such as the Canadian Dollar and Norwegian Krone. 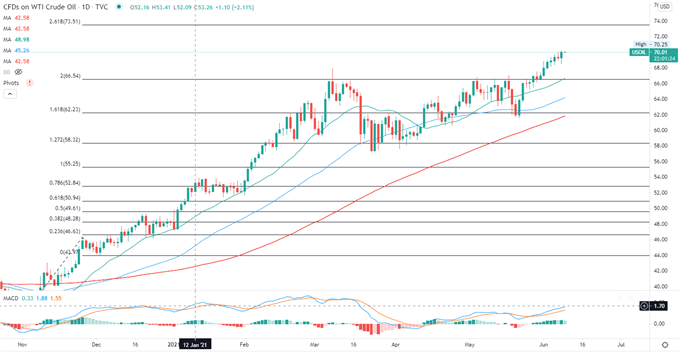 Asia-Pacific markets are positioned for a mixed start on Wednesday. Futures in Japan, mainland China, Taiwan, South Korea and Thailand are in the red, whereas those in Australia, Hong Kong, Singapore, Malaysia and India are in the green. Looking ahead, Chinese inflation data and Bank of Canada interest rate decision dominate the economic docket today. Find out more from DailyFX economic calendar.

Hong Kong’s Hang Seng Index (HSI) appears to have entered another consolidative period after the Biden administration banned investment in a widened list of 59 Chinese companies with alleged ties to defense or surveillance technology sectors. Meanwhile, stock connections registered net southbound outflow for three days in a row, hinting that mainland investors are pulling their hands off. This may signal further price weakness as the stock connections account for nearly a quarter of the entire trading volume on the HK stock exchange. 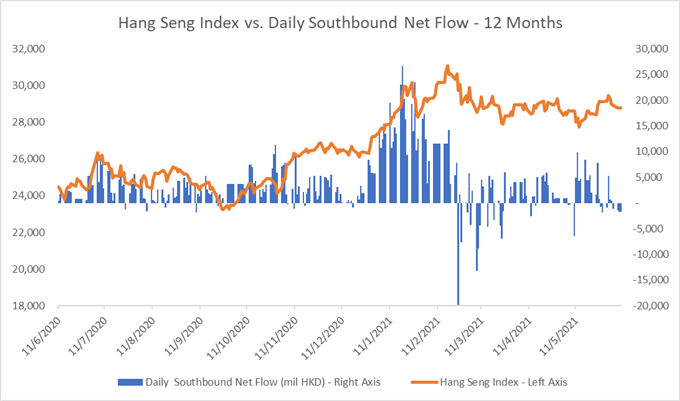 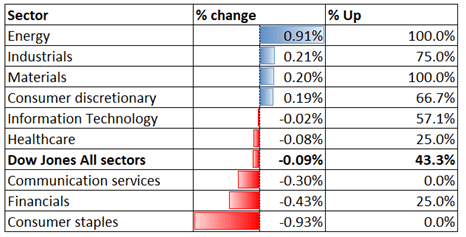 The Dow Jones index may be challenging the 200% Fibonacci extension level (34,920) again. A successful attempt may open the door for further upside potential, whereas a failed one may result in a bearish “Double Top” pattern. Prices remain within an “Ascending Channel” formed since early November, the ceiling and the floor of which serve as key support and resistance levels respectively. Bearish MACD divergence suggests that bullish momentum may be fading however. 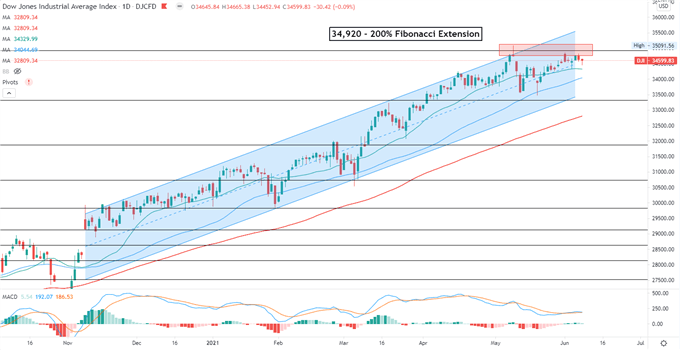 The Hang Seng Index (HSI) failed to breach the neckline of the “Double Bottom” chart pattern and has since entered a technical correction. 29,350 remains an immediate resistance level, whereas the 20- and 50-day SMA lines may be viewed as immediate support levels. The MACD indicator formed a bearish crossover, suggesting that bearish momentum is prevailing. 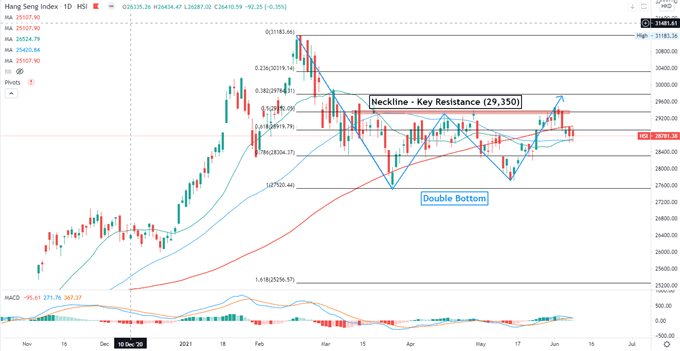 The ASX 200 index is trading at record highs and may be aiming the 161.8% Fibonacci extension (7,340) in the days to come. Prices formed consecutive higher highs and higher lows, marking a classic uptrend. The MACD indicator formed a bullish crossover and trended higher, suggesting that upward momentum is dominating. 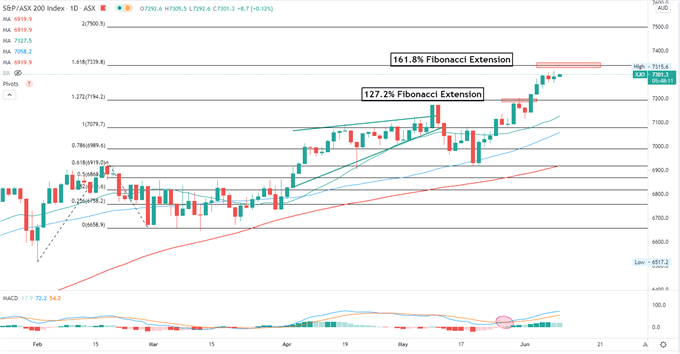