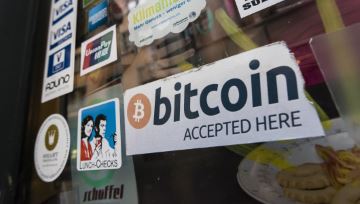 Bitcoin plunged to technical support in afternoon trading on Wednesday alongside a series of sharp declines in various altcoins like ETHUSD, LTCUSD and XRPUSD. Like with many cryptocurrency price moves, the root cause behind the decline is unknown. It could be argued Bitcoin’s inability to recapture the ascending trendline from May sparked a more widespread appetite for digital assets and the thinner liquidity of the various altcoins resulted in more abrupt price moves - which in turn accelerated Bitcoin losses – but this is mere speculation.

Regardless, Bitcoin’s precipitous decline does not speak to investor confidence in the coin in the short and medium terms. Last week I noted BTCUSD was straddling an ascending trendline from May, highlighting that it could speak to waning bullishness. Now, the trendline will likely resist an attempted rebound while BTC will now look for support at the 38.2% Fibonacci retracement around $9,545 – which seemingly helped to stall Bitcoin’s decline. 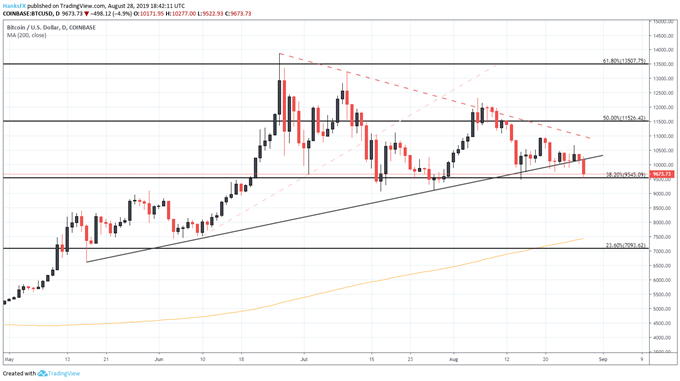 Going forward, recent price action suggests the outlook for Bitcoin is becoming increasingly bearish. A series of lower highs from June help to display tiredness from bulls and the confirmed break beneath trendline support on Wednesday provides further evidence. Consequently, a break beneath the support around $9,545 could open the door for a continuation lower to the $7,093 area. Nevertheless, Bitcoin still boasts a staggering 153% return in the year-to-date. To put this into perspective, Bitcoin could suffer another $5,000 hit to its price and still enjoy a greater return than the S&P 500 in 2019. As the various digital assets look to recover, follow @PeterHanksFX on Twitter for updates and analysis.