Currency traders largely focused on moves in the British Pound last week as the latest Brexit drama dominated headlines while the US Dollar also caught attention after a weak inflation reading. But what’s likely to generate volatility in the currency markets next week? 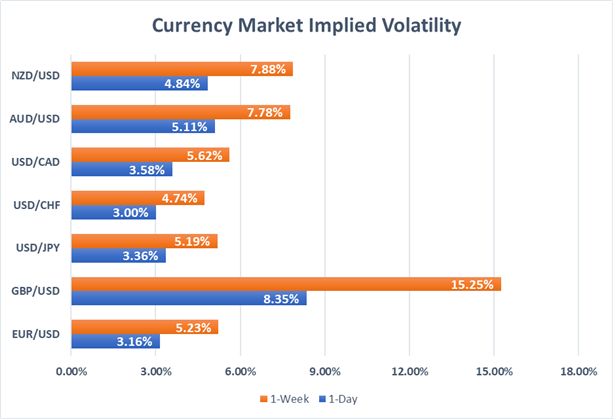 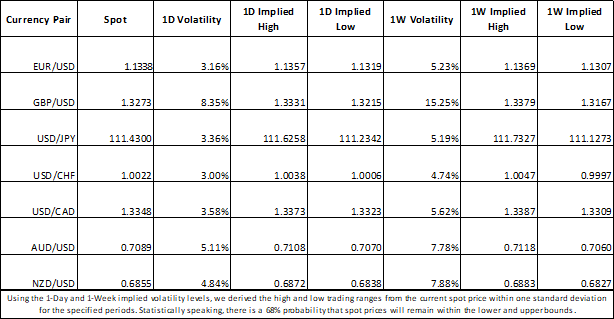 GBPUSD implied volatility on the 1-week options contract remains elevated with Brexit dragging on into next week. After PM Theresa May suffered another defeat on her Withdrawal Agreement last Tuesday which provoked the House of Commons on Thursday to revoke Article 50 and extend the March 29 Brexit deadline.

British Parliament will now face its third meaningful vote early next week as the UK government clings to hope of passing the Prime Minister’s Brexit deal. Although MPs just voted to delay Brexit, pushing the deadline back is still contingent on approval from all other 27 members of the European Union. A decision is expected at next week’s EU summit, but several outstanding uncertainties cloud where things go from here. Thus, it is no surprise GBPUSD 1-week implied volatility remains extremely elevated.

Want to learn more about the GBP? Read up on What Every Trader Needs to Know about the British Pound here!

Furthermore, the Bank of England is expected to provide markets with an update on its monetary policy. Although BOE’s Mark Carney is expected to remain sidelined by Brexit, language from the central banker could provide guidance for their next move. Carney recently stated that markets are underpricing the probability of future rate hikes. 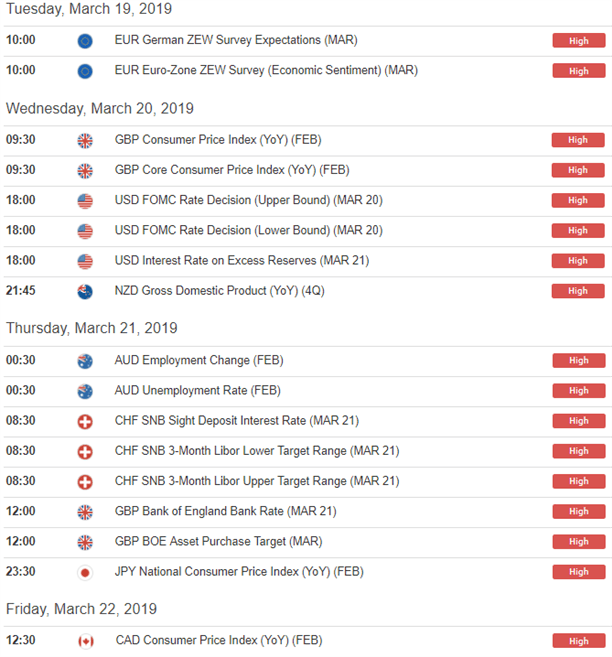 Likewise, key USD pairs could gain extra attention in response to the Federal Reserve’s FOMC meeting next week. Although the Fed is anticipated to keep its policy interest rate on hold too, Chairman Powell’s relative dovishness will likely underpin where the greenback moves from here. With the Swiss National Bank and Norges Bank also scheduled to announce their latest decisions on interest rates, the Swiss Franc and Norwegian Krone could also see extra volatility.

Elsewhere in the markets, traders will likely take notice to New Zealand’s fourth quarter GDP report which could materially impact the NZD. Employment data out of Australia should also be watched closely in addition to inflation data out of the UK, Japan and Canada.