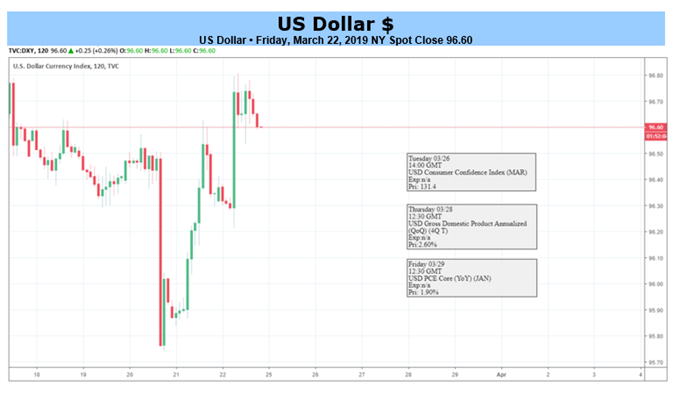 The U.S. dollar selloff following the Federal Reserve meeting was short-lived, with major exchange rates like EUR/USD slipping to a fresh weekly low on Friday, but developments coming out of the U.S. economy may continue to produce headwinds for the greenback as ‘data arriving since September suggest that growth is slowing somewhat more than expected.’

The Federal Open Market Committee (FOMC) interest rate decision has shaken up the near-term outlook for the U.S. dollar as the central bank lowers its economic projection and shows a greater willingness to keep the benchmark interest rate at its current threshold of 2.25% to 2.50% throughout 2019. 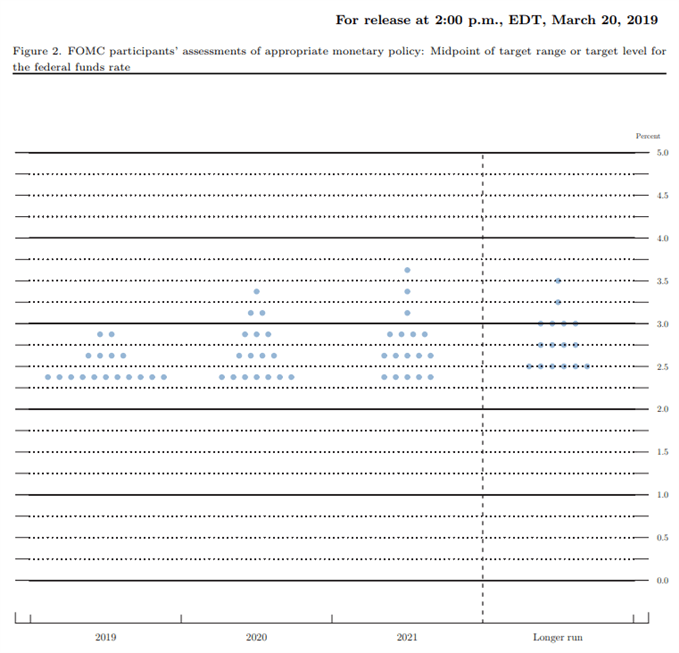 It remains to be seen if Fed officials will continue to revise the longer-run interest rate forecast as Chairman Jerome Powell warns that ‘it may be some time before the outlook for jobs and inflation calls clearly fora change in policy,’ but updates to the U.S. Gross Domestic Product (GDP) report may push the central bank to adopt a more accommodative stance as the final reading is anticipated to show the growth rate expanding 2.4% versus an initial projection of 2.6%.

A marked downward revision in the 4Q GDP print may spur a growing argument at the FOMC to abandon the hiking-cycle as the Fed’s Summary of Economic Projections (SEP) ‘point to a modest slowdown,’ and evidence of a less robust economy may drag on the U.S. dollar as it spurs speculation for lower interest rates. 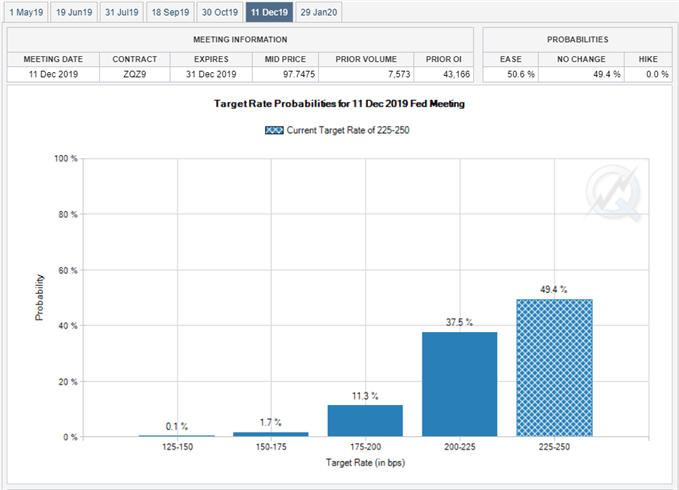 In fact, Fed Fund Futures now show market participants pricing a 50% probability for a rate-cut in December, and Chairman Powell and Co. may face growing accusations of committing a policy error after implementing four rate-hikes in 2018 as U.S. President Donald Trump largely blames the central bank for the slowing economy.

However, the FOMC may have a difficult time in defending a dovish forward-guidance as the updated GDP report is also anticipated to show the core Personal Consumption Expenditure, the Fed’s preferred gauge for inflation, holding steady at 1.7% per annum in the fourth-quarter of 2018. Signs of sticky price growth may encourage Fed officials to retain a longer-run interest rate forecast of 2.50% to 2.75%, and the development may heighten the appeal of the U.S. dollar as it saps bets for a Fed rate-cut. Sign up and join DailyFX Currency Analyst David Song LIVE for an opportunity to discuss potential trade setups. 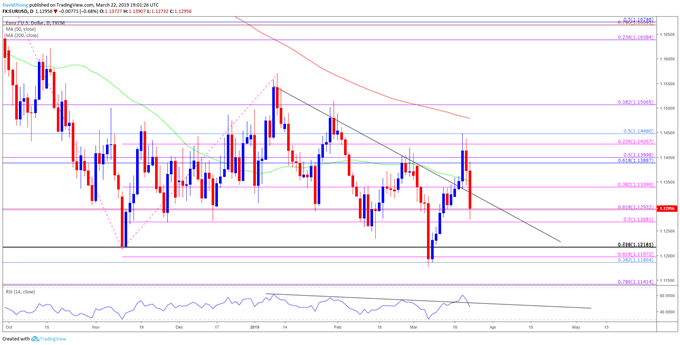 Looking for a technical perspective on the USD? Check out the Weekly USD Technical Forecast.

The broader outlook for EUR/USD is clouded with mixed signals following the FOMC meeting as both price and the Relative Strength Index (RSI) break out of the bearish formations from earlier this year after trading to a fresh 2019-low (1.1320).