Gold extends the rebound from the monthly-low ($1281) as data prints coming out of the U.S. economy put pressure on the Federal Reserve to abandon the hiking-cycle, and the precious metal may continue to gain ground over the coming days as the price for bullion reverses course ahead of the 2019-low ($1277). 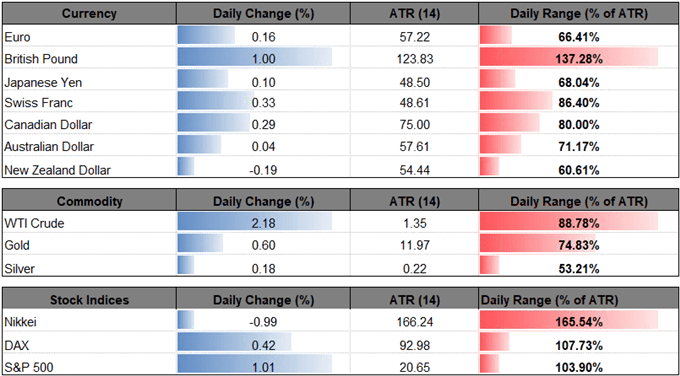 Gold continues to catch a bid following the unexpected downtick in the U.S. Consumer Price Index (CPI) as the development curbs bets for higher interest rates, and the Federal Reserve may continue to change its tune over the coming months especially as the Trump administration struggles to strike a trad deal with China.

Signs of a slowing economy have already spurred accusations that the Federal Reserve triggered a policy error by implementing four rate-hikes in 2018, and the central bank may come under increased pressure to further adjust the forward-guidance for monetary policy in order to avoid a recession. 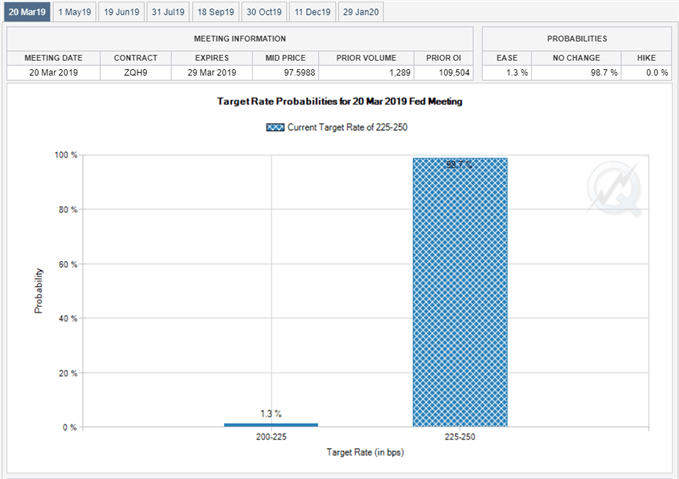 It remains to be seen if Fed officials will revise the Summary of Economic Projections (SEP) as central bank is widely expected to keep the benchmark interest rate at its current threshold of 2.25% to 2.50% on March 20, and another downward revision in the growth and inflation forecast may heighten the appeal of gold amid the rapid change in the forward-guidance for monetary policy.

In response, the Federal Open Market Committee (FOMC) appears on track to taper the $50B/month in quantitative tightening (QT) over the coming months as Chairman Jerome Powell states that ‘the Committee can now evaluate the appropriate timing and approach for the end of balance sheet runoff,’ and the central bank may continue to change its tune in 2019 as ‘some risks to the downside had increased, including the possibilities of a sharper-than-expected slowdown in global economic growth, particularly in China and Europe.’

As a result, fears of a policy error may ultimately push market participants to hedge against fiat-currencies, with recent price action generating a constructive outlook for gold as the decline from the yearly-high ($1347) fails to produce a test of the January-low ($1277). Sign up and join DailyFX Currency Analyst David Song LIVE for an opportunity to discuss potential trade setups. 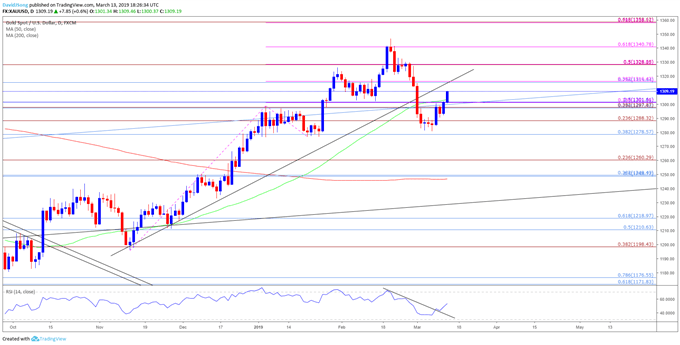