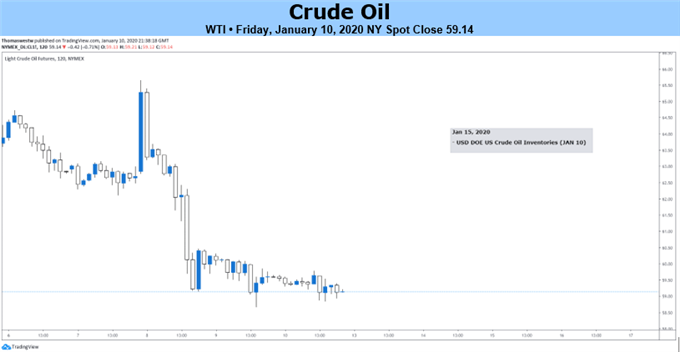 My crude oil forecast for next week is neutral with a possible partial retrace of this week’s sell-off back to trend.

Oil is now trading near its lowest level in one-month as risk-adverse assets slumped after the US and Iran backed away from further military action in the Middle East. With supply fears eased, oil lost its recent bid and now looks for the next driver of price action. A potential flare-up in Middle East tension however remains on the cards, leaving bearish oil sentiment at risk.

Strait of Hormuz: The World’s Most Important Oil Chokepoint

The long-running US-China trade war has hit global economies hard and weighed heavily on the price of oil. OPEC supply cuts have tempered further losses but an end to the near two-year trade spat is needed to help reboot global growth. This Wednesday both sides have committed to signing phase one of a trade deal which would see tariffs rolled back, markets re-opened and a pledge by China to buy an additional $80 billion of US agricultural products over the next two years. While the market already knows the basic make-up of the deal, any deviation from these knowns, or any additional measures, will move risk markets and the price of oil.

The US Senate could also ratify the Unites States-Mexico-Canada Agreement (USMCA) next week, with the new deal succeeding the current North American Free Trade Agreement (NAFTA). This ratification should also bring a degree of stability to markets, although the impact of any signing is likely to be limited.

The daily chart shows that the recent sell-off has seen oil fall through its supportive trend started off the October 3 low just below $51.0/bbl. This trend line will now act as resistance until crude oil breaks and closes above. The CCI indicator does indicate that oil is currently oversold. 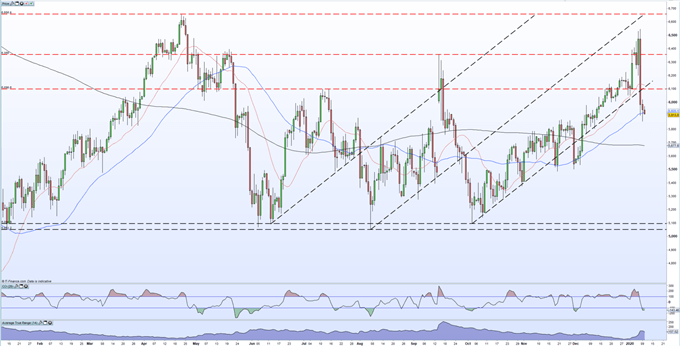 What is your view on Oil – bullish or bearish?? You can let us know via the form at the end of this piece or you can contact the author at nicholas.cawley@ig.com or via Twitter @nickcawley1.