RBNZ Preview: How will the New Zealand Dollar React? 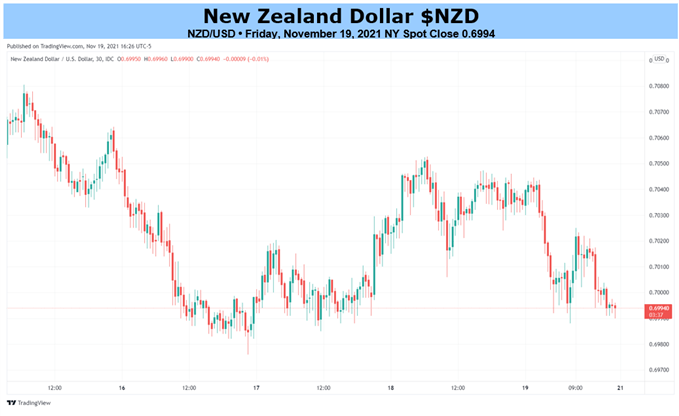 Next week, the RBNZ is expected to raise interest rates, although, in light of far stronger than expected domestic data, the balance of risks are shifting towards a larger hike of 50bps. Currently, money markets are pricing in 36bps worth of tightening. Now while a front-loaded hike of 50bps would come as an initial surprise, focus will also turn towards the central bank’s forecast of the OCR, given that money markets are aggressively priced for 190bps worth of tightening by the end of next year.

Economic data in NZ has exceeded the RBNZ’s projection by some distance. Firstly, the latest inflation data saw a headline rate at 4.9% (RBNZ saw 4.1%, with a quarterly figure of 2.2% (vs 1.4%), while in the labour market, the unemployment rate fell to 3.4% (vs 3.9%), significantly below the RBNZ’s NAIRU estimate at 4.5%. In turn, with the RBNZ appearing to be behind the curve, this has subsequently raised expectations the Bank could deliver a larger hike than the typical 25bps increments and if there is any central bank that has the proclivity to surprise, it is the RBNZ.

What’s more, given that the next monetary policy meeting is in February, it would make sense for the RBNZ to go big now, or face the high costs of having to re-anchor inflation expectations. Keep in mind, that 2yr inflation expectations rose to 2.96% in Q3 from 2.26%, marking a 10yr high. In turn, while I am reminded of RBNZ Hawkesby’s comments that the path of least regrets is taking considered steps, in other words, raising the OCR in 25bps increments, these comment were made in September, prior the hot inflation and jobs figures currently on show.

The rationale being that money markets had fully priced in a 25bps hike and even had a 20% probability of 50bps hike, not to mention the 65bps worth of tightening that had been priced in by the end of the year. In turn, this would set the bar very high for a hawkish surprise and thus a 25bps hike would have disappointed those calling for 50bps.

What I Think Could Happen at the Meeting

In the event that the RBNZ raises interest rates by only 25bps, expect the Kiwi to come under pressure with AUD/NZD seeing another look above 1.0400.

Despite today’s bout of risk aversion, I still favour NZD/JPY from the bullish side and should we see a 50bps hike, this may be enough to kick start a break out. Of course, the OCR projection is important as is the risks surrounding lockdowns in Europe. 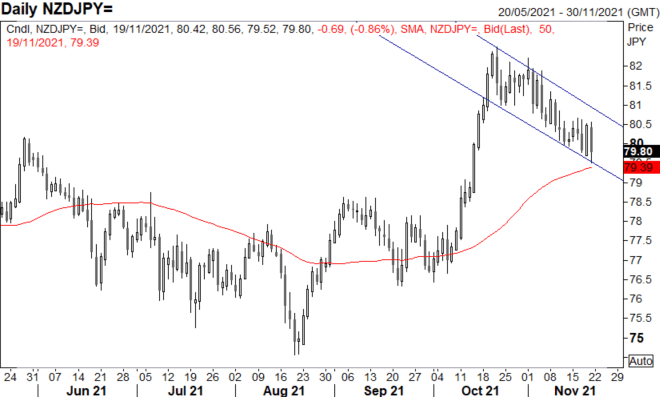 AUD/NZD now trading at roughly fair value, having traded at relatively rich levels vs spreads, highlighted earlier in the week. 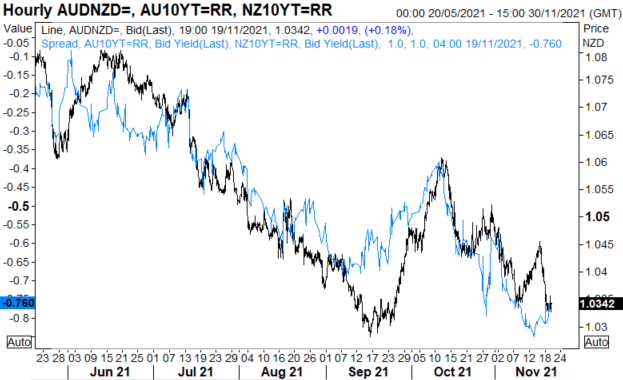