Once again the Pound has seen modest gains in April, sticking to the seasonal script. Although, as we close out the week and look ahead to next week’s risk events, GBP is finishing on a softer note at the time of writing. Keep in mind, the month of May is also typically a very weak period for the Pound.

GBP Seasonality is Weak in May 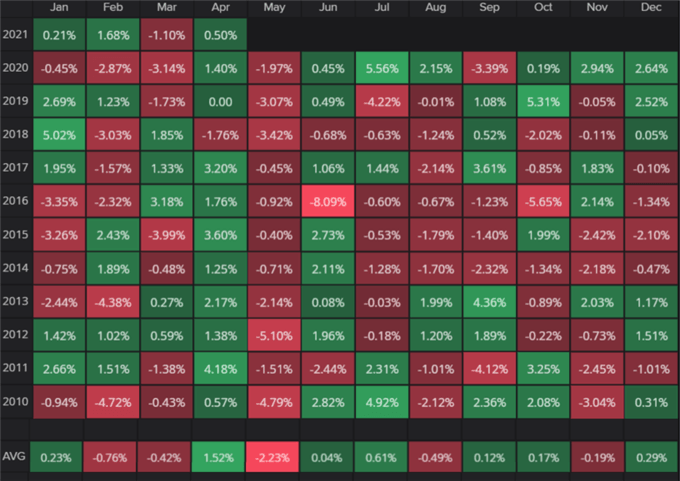 Will The SNP Secure a Majority?

The Scottish Election will be among the key events to watch out for next Thursday. That said. I am of the view that the outcome should not have a significant impact on the Pound. Firstly, a pro-independence majority will come as no surprise. Instead, the focus will be on whether the SNP secure a majority or not, in which the latter outcome could be seen as somewhat GBP positive. Secondly, the possibility of a second independence referendum is very unlikely before 2025. However, a referendum remains a tail risk for the Pound and pre-positioning ahead of the election could be enough to weigh on the currency in the run up to the election. 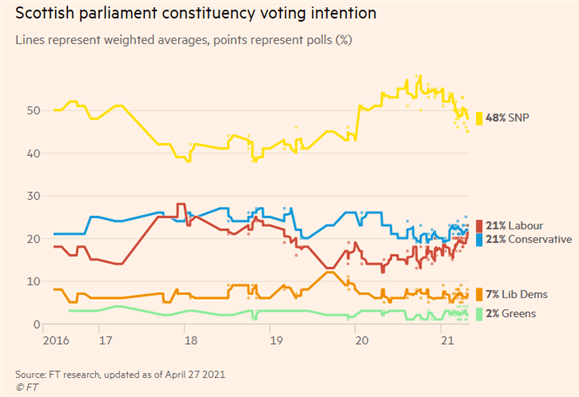 Bank of England Tapering on the Cards

The other risk event will be the Bank of England MPR, where the central bank is expected to upgrade its economic projections with a stronger Q2 GDP forecast and a lower peak expected in the unemployment rate than previously assumed. Alongside this, there is a good case for the BoE to announce a slight tapering of asset purchases. The reason being that QE purchases at the current pace (£4.4bln/week) will see the BoE hit its APF target by mid-late August and given that the central bank have stated that they aim for QE purchases to persist throughout the remainder of the year, it would be prudent to taper sooner rather than later. 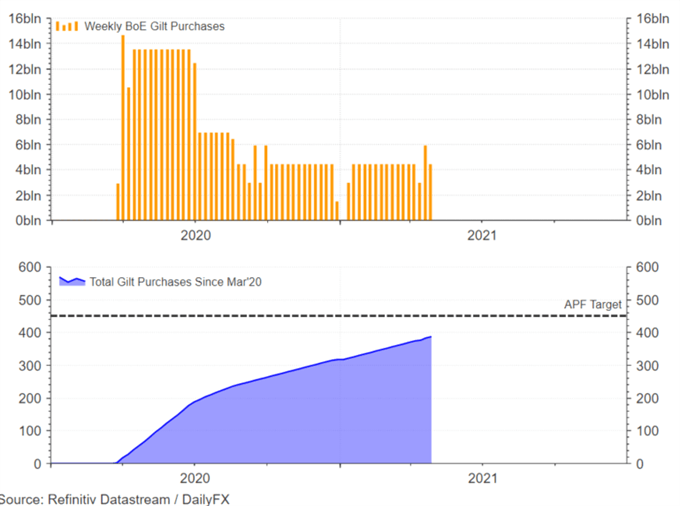 EUR/GBP: A very quiet week to say the least for EUR/GBP, which has traded in its tightest range since December 2017. In turn, the cross appears to be coiled up for a breakout and in my view, risks appear to be shaping up for more upside for the following reasons:

That being said, there are some positives for the Pound to consider. As is mentioned above, there is a good chance that the BoE announce a tapering of QE purchases, while UK/German 5Y real yields also point to lower EUR/GBP. 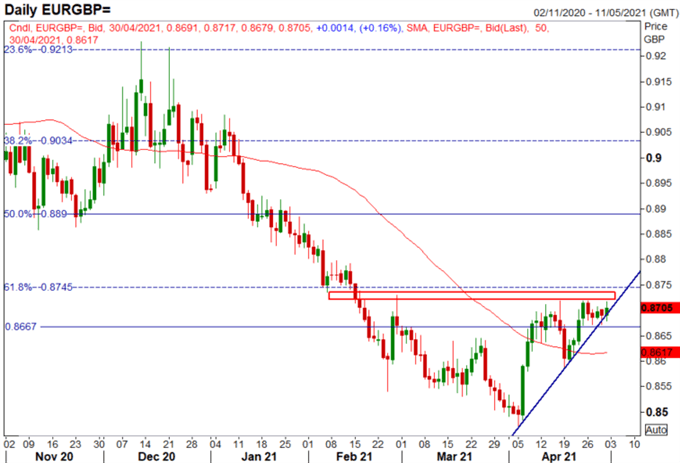