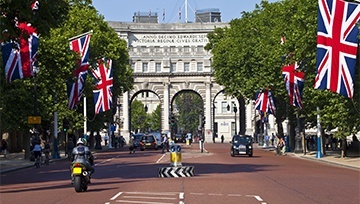 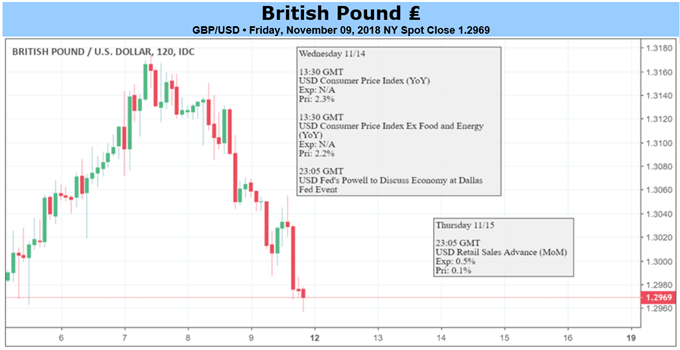 See our Q4 GBP forecast to learn what will drive the GBP through the quarter.

It will be another critical week for UK politics as Brexit negotiations persist with UK markets hoping for a breakthrough. Rumours have continued to drive price action in the Pound, many of which have been conflicting and thus seen GBP trade in choppy fashion. While there has seemingly been progress made, the key issue continues to centre around the Irish border, which has yet to have a workable solution. However, there is rising hope that a deal could be announced soon as implied by option traders with 1-month risk reversals showing a decline in premium for GBP puts (downside protection).

Plethora of UK Data Likely to Take a Backseat

On Friday, the ONS showed UK growth for Q3 rose at its fastest pace since Q4 2016 at 0.6%, which was also in line with the Bank of England’s forecast. However, this does not tell the whole story, as business investment dropped for a third consecutive quarter for the first time since the financial crisis, while indications for Q4 GDP suggest a slowdown.

Looking ahead to this week, the UK labour market report may garner attention, particularly after the BoE QIR in which the central bank upgraded their 2018 view on wages as inflation pressures begin to build in response to the tight labour market. On Wednesday, inflation figures are expected to tick up slightly with analysts calling for headline inflation at 2.5%, while UK data will be rounded off on Thursday with retail sales. 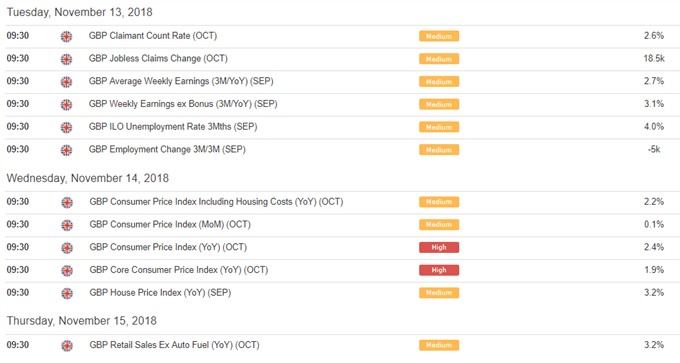 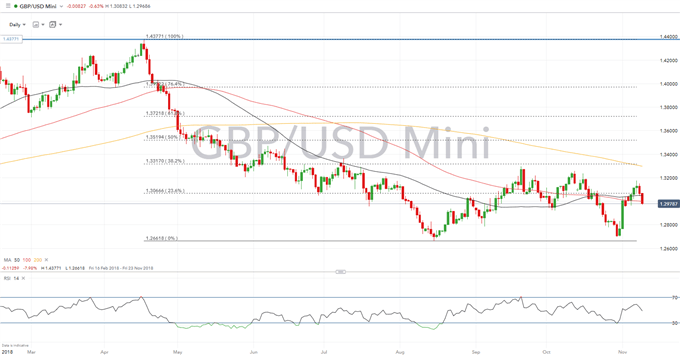 Momentum continues to slow as optimism is persistently faded, which in turn has seen GBP back below the 1.30 handle. Support is situated at 1.2950 before the 1.29 handle, which could be tested amid large speculative short positioning. Concrete progress in Brexit negotiations are needed in order to spark a firm bid in the currency. If not, continued uncertainty could continue to pressure the Pound.