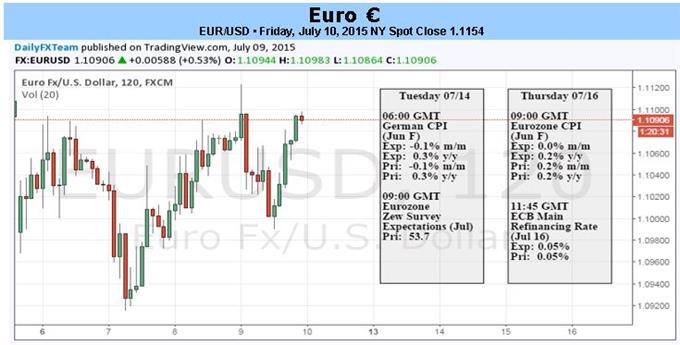 - In sum, aid proposal mirrors those agreed upon since 2010.

There are a lot of similarities in the proposals, the main differences being the timing of implementations. Understandably, the Greek proposal is more lenient on the pace of reform (which fits with their electoral message of ‘austerity is choking off growth’). Nevertheless, another bailout program for Greece – this deal looks like a variation of what has been implemented since 2010 – won’t solve the catalyst to the crisis.

Why Have Euro-Zone Fiscal Issues Persisted?

The heart of the issue in the Euro-Zone right now is that there isn’t a ‘federal level’ fiscal transfers system as constructed in the United States; the Euro-Zone isn’t a fiscal union. In the United States, when a state runs a deficit (like Mississippi or West Virginia), there is an automatic rebalancing with excess funds collected from surplus states (like New York or Minnesota). This is useful for situations like rising unemployment, when the government has to make additional outlays for things like unemployment benefits. The net-effect is a more integrated economy across states, with more homogenous rates of growth and inflation.

On the other hand, in the Euro-Zone, these automatic stabilizers don’t exist. When a deficit country (like Greece) goes into a crisis, it must make political concessions to surplus countries (like Germany) in order to receive aid funds. This makes for a contentious process, ultimately creating an imbalance of power skewed towards the surplus countries. We’re seeing this now, with Germany essentially holding all the chips at Greece’s expense.

While a fiscal union is still further down the road (if at all, ever; Germany doesn’t like the idea in the very near-term), the current proposals set forth by Greece and the creditors’ should have enough common ground that an agreement can be reached before the negotiation deadline on Sunday, and the (now) €4.2 billion repayment due to the ECB on July 20.

Over the long-term, without a fiscal union in place (or efforts to move towards that integration), these types of budget crises are bound to come up in the future given the heterogeneity of economies across the Euro-Zone. Any solution given to Greece in the short-term would be like bringing a car to the mechanic and only getting the fluids and tires changed when in reality the entire transmission needs to replaced. Germany may have to compromise on a few of its fiscal ideologies if the notion of European integration is to move past the current crisis and survive in the future.