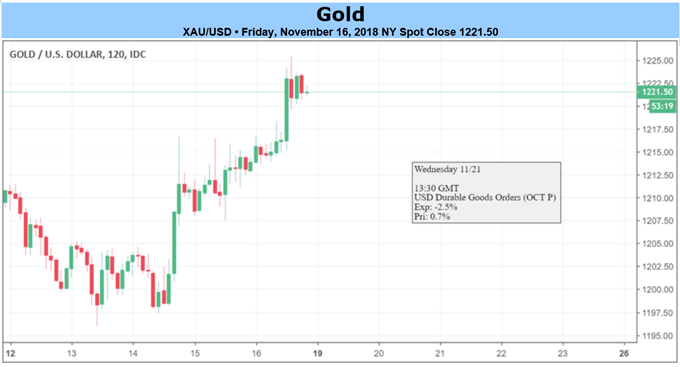 Gold etched out some gains this week in an attempt to undo the damage dealt in the first week of November. The precious metal climbed from lows on Monday around $1200 to close Friday at $1221.The climb could be set to continue despite the mixed fundamental backdrop. Dovish comments from Fed Chairman Jerome Powell and Atlanta Fed President Raphael Bostic could hint at a shift in monetary policy and subsequently bolster gold’s position.

Learn how to trade gold with our Gold Trading Guide.

In an speech late Thursday evening, Mr. Bostic highlighted concerns of waning global growth and argued the Fed Funds rate was very near to neutral. The comments reflected similar thoughts shared by Fed Chair Jerome Powell and Vice Chair Richard Clarida. On Friday, Clarida said there is “some evidence” the world economy is slowing and would be factored into rate hike projections. 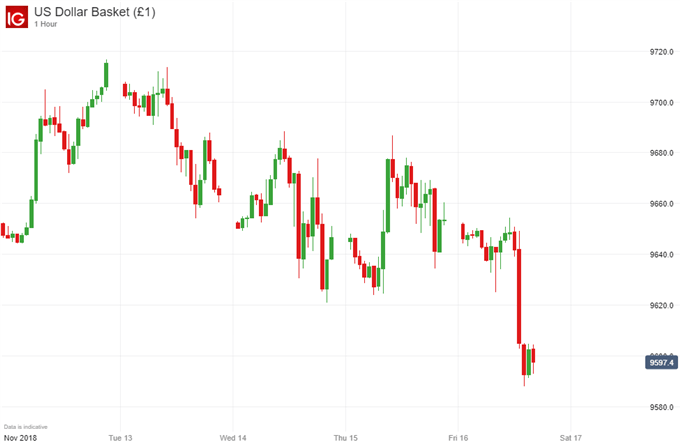 The comments sent the Dollar lower as it looked to close below 97 for the first time this week. Should the Fed continue to issue dovish comments, rate hike expectations will likely be tempered and the Dollar’s strength could wane. A weakened Dollar could provide a consistent tailwind for gold, a commidity denominated in Dollars. 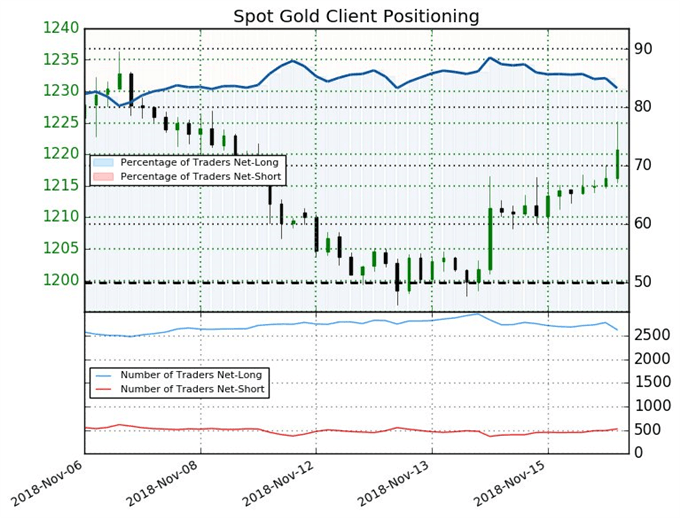 Still, the outlook for gold remains opaque. Retail client sentiment rests on the bearish side with traders overwhelmingly bullish. As of Friday, 84% of traders are net-long with a 2.9% increase in open interest. The 84% is marginally lower than last week but remains a firmly bearish indicator as we typically take a contrarian view to crowd sentiment at DailyFX. 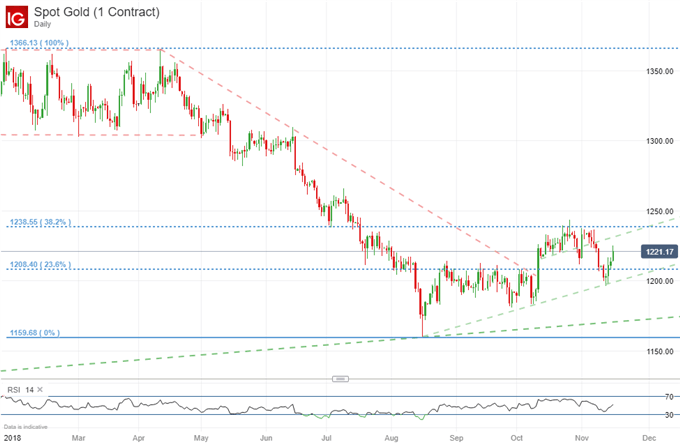 With the mixed fundamental picture, technicals will play an important role in the weeks ahead. Gold has been unable to break $1240, the 38.2% retracement level originating from the start of April’s decline. If a close above $1240 can be achieved, look for the level to act as support. To the downside, support exists around $1208 at the 23.8% retracement level and on the trend-line originating from the August low that has offered a bounce upon retests in October and November.

Despite conflicting fundamental themes, hints of dovishness in the Fed is a significant fundamental development for Gold. Coupled with a series of higher highs and lower lows, gold has climbed steadily in recent weeks. With that in mind, the fundamental outlook for gold is bullish but the price will likely remain between $1240 and the trend-line from mid-August in the near-term. A close outside either level would require a significant development and given next week’s holiday conditions, such an occurrence is rather unlikely.