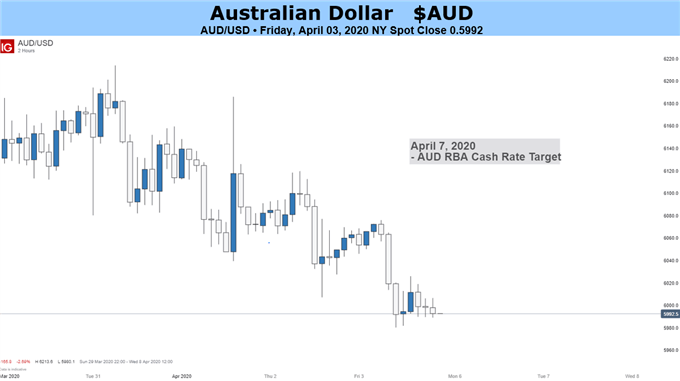 The Australian Dollar’s trading week will of course be dominated like that of all other assets by the coronavirus’ spread, but its domestic monetary response will once again be in focus too with an interest rate decision that could be historic due from the Reserve Bank of Australia.

According to index provider ASX futures markets now expect that the RBA will cut the Official Cash Rate to zero for the first time ever, from its current record low of 0.25%. The central bank has already made two quarter-percentage-point reductions in March, with an emergency cut added in response to the contagion.

With market still reeling from the news that new US unemployment benefit claimant numbers have surged by three million in each of the last two weeks, it’s certainly easy to believe that there’s probably more monetary work to do, not least in Australia.

Tuesday’s interest rate decision might be a little more finely balanced than the market thinks. The RBA has long wanted the government to take a much greater share of the stimulus burden on the fiscal side, keenly aware that still-looser monetary policy will have side effects in a country where consumers are already used to historically low interest rates and have borrowed accordingly.

However the coronavirus has probably put such relatively nuanced arguments on hold and, on balance it is probably more likely than not that rates in Australia will fall again this week.

It’s hard to see the Australian Dollar recovering should this be the case, especially if the market becomes convinced as it surely will that matters need not necessarily rest with zero interest rates and that some Quantitative Easing could follow.

There remains some hope that the oil price war between Russia and Saudi Arabia might end, perhaps quite soon. That might well give the entire commodity complex a boost, well beyond the energy market, maybe lifting the commodity-linked Australian Dollar too. But that’s a left-field possibility. On the basis of what we can know, it has to be another bearish call this week. 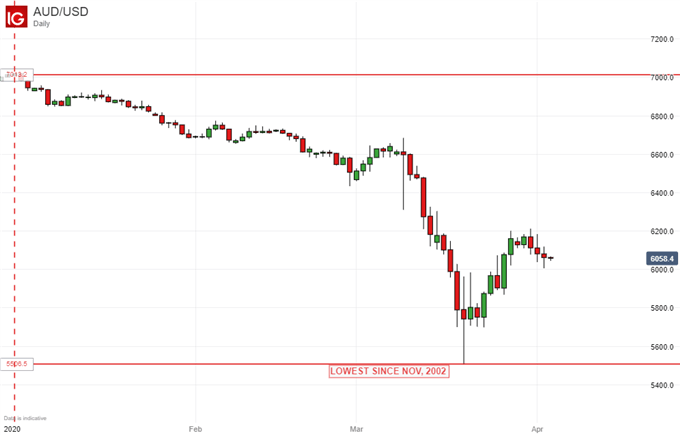