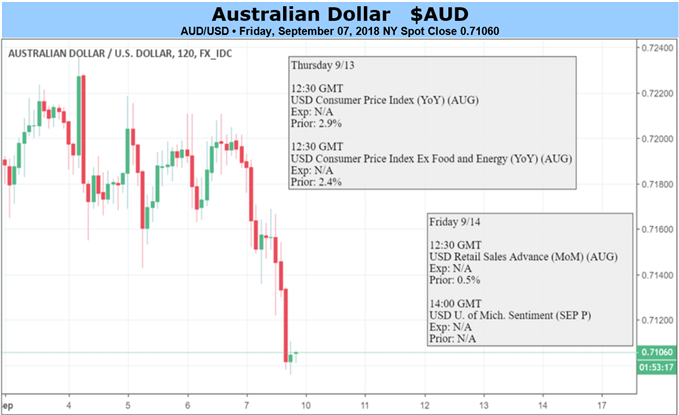 That seems a little harsh of the market when the 3.4% annualized rise in Gross Domestic Product was not only ahead of market forecasts, but also the best showing since the fall of 2012.

So why couldn’t the Australian Dollar glean more support than it did?

Well, all GDP data are open to charges of being too historic to matter in the frenetic, second-to-second world of foreign exchange. There is some truth here too.

What price second quarter data when we’re close to the end of the third? There’s also a broad suspicion that this year has been a bit front-loaded in global growth terms, with a slowing Chinese economy, seemingly endless trade spats and worries about emerging markets likely to make the second half much tougher.

Then there are some more specific Australian problems. None of them is new. Inflation remains stickily low, consumer debt remains stickily high. Indeed the markets still do not think that record-low interest rates are going anywhere for at least another year. With US rates still very likely to rise, the Aussie remains in a very tough place.

This week will not change that, but it will bring official employment data out of Australia. If job creation holds up then the Aussie could get a little bounce but, as we saw in the case of last week’s growth data, those bounces tend not to last. There was another one when the Reserve Bank of Australia was perhaps a little less dovish than markets had feared in its post-rate-decision statement. But that didn’t last either.

Given that gloomy trade headlines, too, are all-but assured thanks to the Trump White House’s apparently renewed focus on Japan, as well as China and Western Europe, as a trade-surplus ‘sinner,’ it is very hard to see any reason why the Aussie Dollar’s travails should halt this week.

So it is yet another bearish call.