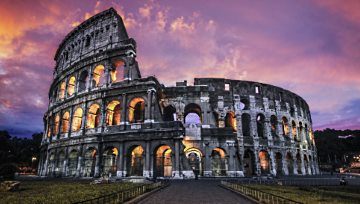 - The European Central Bank announced a fresh round of TLTRO’s this morning, set to begin in September of 2019, running until March of 2021. The ECB also lowered growth forecasts while extending expectations for a possible rate hike. This has kicked off a bearish move in the single currency, with short-term sellers pushing deeper into the longer-term support zone in EURUSD. Also of note is EURJPY, as the pair is selling-off after spending most of the past two months recovering from the early-year spill below the 120-handle.

- The week isn’t done yet: The economic calendar brings US and Canadian jobs numbers tomorrow morning at 8:30 AM ET and given the response in USDCAD to yesterday’s BoC rate decision, the potential for continued volatility remains.

Euro Drops as ECB Announces Fresh Round of TLTRO’s

This morning saw the European Central Bank announce a fresh round of stimulus via TLTRO’s, which is short for ‘Targeted Longer-Term Refinancing Operations.’ The bank will launch the program in September of this year, designed to run in to March of 2021. The ECB also updated their growth forecasts and rate guidance this morning, lowering expectations for 2019 growth from a prior 1.7% to 1.1% - marking a big change. The ECB also said that they’re expecting to keep rates at present levels through the end of 2019, whereas previously the ECB had said rates should remain at current levels ‘at least through the summer of 2019.’

The single currency is still pricing-in this morning’s news as evidenced from the fact that prices are falling further into the longer-term support zone, as was discussed in yesterday’s article in the event of such an announcement. The big question is for how long this might run, and whether or not the almost four-month old range breaks later today. At this stage, sellers are pushing towards the 1.1250 psychological level that helped to arrest the February declines.

On slightly longer-term basis, the almost four-month old range formation remains in EURUSD. Will this morning’s announcement be the catalyst that gives bears the juice they need to finally break-down below this support? Or – will the range continue hold, much as it has over the past four months through a variety of potentially bearish-Euro drivers?

EURJPY has already had an interesting year and we’re not even through Q1 yet. This was my ‘Top Trade Idea for 2019,’ looking for more downside in the pair after last year’s build of a range inside of a longer-term range.

The pair plummeted into the New Year, testing below the 119.00 handle in the opening days of 2019. But, since then, EURJPY has spent much of the time recovering, building into a bear flag formation that was looked at last week. But on Friday prices ran into a key area of resistance at 127.50, as this was the support side of the range that had built during Q4. After that resistance was tested last Friday, prices have been on a course reversal, and given the source of the move with an announcement of fresh QE from the ECB, there may be scope for more.