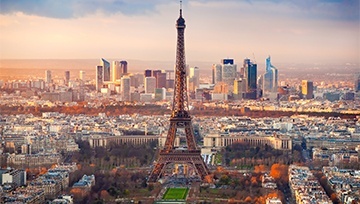 EURUSD Holds Support Ahead of ECB; USDCAD Rallies to Two-Month-Highs

- Two major rate decisions populate the economic calendar for the middle of this week, and the Bank of Canada has already spoken to markets following the conclusion of this morning’s meeting. The BoC took a dovish tilt by warning that the Q4 slowdown was larger than initially expected, and the outlook warrants a policy rate below the neutral range. This led to an extension of the USDCAD topside run that started last Friday.

- Tomorrow brings the European Central Bank into the mix with their March rate decision, and price action in EURUSD remains in an interesting spot as the three-month-range remains. Prices have spent a large portion of this week revolving around support after breaking below a shorter-term rising wedge that had built-in last week.

Doves at the Bank of Canada, USDCAD to Fresh Two-Month Highs

This morning has brought the March rate decision out of the Bank of Canada, and the context coming into this morning’s meeting was a very weak Canadian Dollar as USDCAD had jumped-higher over the previous four trading days. I had looked at bullish reversals in the pair last Thursday, just ahead of the incline, but that was largely based on an Oil proxy. This saw USDCAD rally up to a fresh two-month-high, catching a bit of resistance in a zone that had previously helped to stall the January advance ahead of this morning’s rate decision.

At this mornings rate decision, the Bank of Canada took a dovish tilt by saying that the outlook continues to warrant a policy rate that is below its neutral range. The BoC also said that the slowdown in Q4 was sharper and more broadly-based than originally anticipated; and this brought even more CAD bears into the mix as prices broke out to fresh two-month highs. After three 25 basis point hikes last year

Ahead of this morning’s announcement, USDCAD had moved up to fresh two-month-highs, testing above a zone that had reversed the January decline. There are three different long-term Fibonacci levels within a relatively tight space on the chart, and as discussed in yesterday’s webinar, this area carried the potential for reaction ahead of this morning’s rate decision.

At the source of the Bank of Canada’s decision is a continued down-draft in headline inflation that’s been in place since last summer. After peaking at 3% in July, headline inflation hit a One-year-low in January, printing at 1.4%. This removes at least some of the motivation from the Bank of Canada to continue tightening rates, and this may lead into reversal scenarios down the road in the Canadian Dollar. 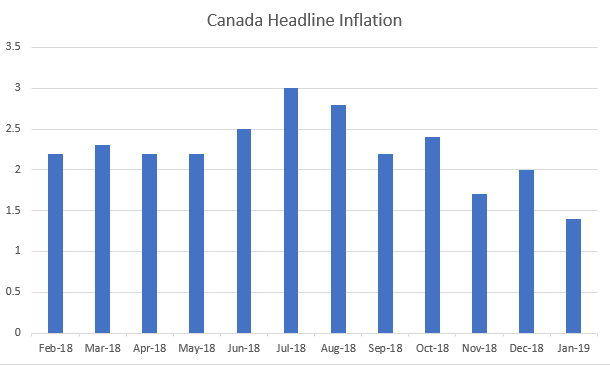 TLTRO stands for ‘Targeted Longer-Term Refinancing Operations,’ and this speaks to a growing concern around the Euro-Zone economy, which has seen bank lending slow of recent; going along with a bigger-picture slow-down in the Euro-Zone that’s taken place since the ECB began to debate the end of their QE program. In November of last year, headline inflation fell below the bank’s 2% target, and this trend has continued into 2019 as January printed at 1.4% with February at 1.5%. 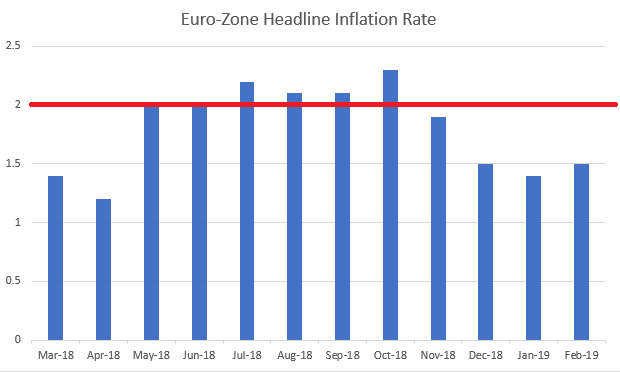 The worry now is that a cash crunch may be approaching European businesses as the remaining maturities of these securities move below the one-year threshold. This would lead to a greater incentive for these businesses to pay back the ECB later this year, which could lead to constrained lending in other areas of the European economy. The ECB has already discussed a fresh round of TLTRO’s, and many are expecting a formal announcement to come as early as tomorrow; although the bank may wait until June.

In EURUSD, prices remain in the three-month-range with support helping to hold this week’s lows. If the ECB does formally announce another round of TLTRO’s, the support side of that formation could come under fire as another motive for weakness gets priced-into the single currency. Alternatively, if the bank holds off on that announcement until their June rate decision, the range may remain, keeping the door open for bullish short-term strategies as the ECB takes a more patient approach.