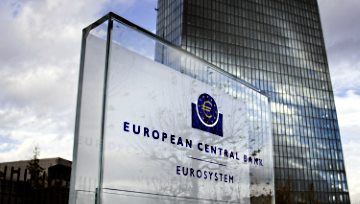 TLTROs – The ECB’s Other Stimulus Tool

•Central Bank to use TLTROs to encourage spending in the economy

The Euro-Zone economy teeters on the edge of stagnation as growth slows sharply while inflation stubbornly refuses to hit the central bank’s target. This comes at a time when the European Central Bank (ECB) would like to tighten its monetary policy, something that now looks increasingly difficult to do. One way of injecting liquidity into the single-bloc, hopefully boosting growth and price pressures, is via Targeted Longer-Term Refinancing Operations (TLTROs).

When economic slowdown becomes evident and poses a threat to the local currency, a central bank will look for unconventional ways to pump the economy, especially when benchmark interest rates are in negative territory. In this article we will discuss what methods the ECB have previously used to help stimulate the economy, the effects they had and why TLTROs are now on top of the ECB’s agenda.

The Eurozone timeline shows the impact of the Eurozone Debt Crisis on local currencies.

The ECB - Ready to Pump the Economy Again

Central banks have an unconditional directive to provide funding to banks that face a liquidity crisis. A method that has previously been used by the ECB to pump money in to the Eurozone economy is Quantitative Easing. QE involves a central bank buying government securities from the market to reduce interest rates and increase the amount of capital in the economy.

As the European Central Bank ended its four-year long QE programme at the end of 2018 with an expectation to increase rates in the following years, a change in the global economic landscape, led by a generalized slowdown in growth, has made the central bank re-think its monetary and fiscal policies.

The generic definition of Targeted Longer-Term Refinancing Operations (TLTROs) is: Loan agreements that are aimed at enhancing the function of the monetary policy transmission mechanism by supporting lending to the economy.

The weaker a bank and its subsequent economy are, the more dependant they will become on attractive long-term loans from the ECB. Banks that are borrowing more than they are depositing (mainly banks in Italy, Spain and Greece) are highly dependent on ECB auctions for cash.

How do TLTROs Influence Inflation and Interest Rates?

An increase in the money supply - all other factors being equal – will increase prices as there is more money in the economy for the same amount of goods. This will lead to businesses to increase their prices, boosting inflation. Inflation will cause domestic goods to be more expensive for foreigners, making them less competitive and leading to a reduction in exports. This in turn will lower the demand for the local currency and its value will fall in exchange rates.As the domestic currency becomes a less attractive there will be a fall in demand which will subsequently lower its exchange rates against other higher-yielding currencies.

An increase in interest rates is a sign of successful expansionary monetary policy. As borrowing becomes cheaper and savings are discouraged, increased demand leads to a general increase in prices. ECB target inflation has been set at, or near to, 2%, from which point increase rates should be adjusted upward to control the increase in prices and avoid hyperinflation.

What will this Mean for the Euro?

As the supply of euros in the market increases, it will increase the downward pressure on interest rates which have been in negative territory since June 2014, making it harder for the ECB to increase interest rates soon.

Unless the ECB has evidence that inflation has reached its target of around 2% and growth in the economy has reached a stable level, it will have to keep interest rates low to boost spending and increase inflation to its desired level, before it can consider increasing rates.

But as the possibility of a new TLTRO financing round increases, and people are aware that market conditions are not going as planned, markets will be surprised if the ECB does not extend its financing agreements. This would increase bank borrowing costs which will be passed on to consumers which would add more fuel to the current economic slowdown conditions that the Eurozone is facing. This would probably take a toll on the Euro as people have come to terms with the fact that the Eurozone is not as stable and recession free as it was expected.

As shown on the graph, the Euro took a hit as the central bank first announced that it would increase its “cheap lending” to European banks, which started in 2014. This news was received quite badly by the markets. As the Eurozone seemed to have recovered from the 2008 financial crisis, markets did not expect that the European Central Bank would need to lend funds to banks, that could only mean that the economy was not as strong as people believed and the economy needed stimulating. This was only confirmed by the Greek-government debt crisis and was followed by liquidity struggling banks in countries like Italy and Spain.

Once the Quantitative Easing program and bank financing consolidated, the Euro started to gain a little more strength against other major currencies like the dollar, but it has not managed to recover those 2013 highs. As mentioned, markets are now accustomed to the fact that the ECB needs to help banks with their funding as they continue to struggle with liquidity, so a new round of financing is mostly seen as a positive rather than negative sign for the Eurozone economy.