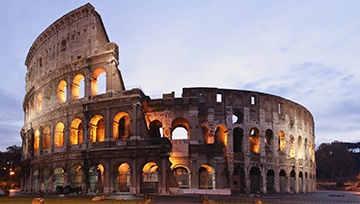 - It’s looking like a strong finish to Q3 for the US Dollar, as the currency has jumped right-back into the 95-95.53 zone after a bullish two-day run. Despite the fact that this move took place after the third FOMC rate hike of the year, in a meeting in which the bank made the hawkish tilt of removing the word ‘accommodative’ regarding monetary policy, this topside push in the US Dollar appears to be more-related to Europe than FOMC monetary policy, and this highlights two of the more interesting themes as we turn the page into Q4 next week.

- The ECB is set to begin tapering bond purchases in October, and the current stress that’s starting to show around Italy appears to be taking place at an inopportune time for the bank. Italian yields have jumped after the Italian government proposed a budget with a 2.4% deficit that’s likely to be rejected by Brussels. The question remains as to how hard Brussels might be able to push back, and what could happen from there. The ruling coalition in Italy doesn’t look ready to soon back down, and this could create a stand-off scenario that could keep both the Euro, and the US Dollar on the move as we move into the final quarter of 2018.

It’s been a busy end to Q3 so far, and perhaps that’s fitting for a quarter that’s been marked by fits and starts of risk aversion around a number of themes. At this stage, we’re seeing fresh fears enter European markets around Italy, and this was the same driver of the April-May sell-off. In April, we saw fear from the inference of a newly-elected Italian coalition that ran largely on a nationalist ticket that could, potentially, put the ECB and the European Commission in a difficult spot. Those fears took a step back in June and that calm around Italy largely held through Q3; until yesterday, that is.

EUR/USD Four-Hour Price Chart: Up the Stairs, and Down the Elevator as Q3 Close Nears

Taking a step back to put this move into context of the past quarter of activity, this week’s price action in EUR/USD is putting in a bearish engulfing pattern on the weekly chart, and this pattern is often approached with aims of continuation, as this indicates that sellers grasped control of the market during that period to push down to fresh lows. After testing above the 1.1800 handle around this week’s FOMC rate decision, the pair is how hard-charging into the 1.15’s.

The big question, as is usually the case with panic, is whether this can continue. This will likely be determined by a political driver that’s still unfolding in front of our eyes but, it appears as though Italian politicians have a number of reasons to continue pushing the friction. They were largely elected on a pro-growth ticket, and this is something that could be complicated by the push from Brussels around demands for austerity in the Italian budget.

Italian Economy Minister Giovanni Tria was looking for a budget deficit of 1.6%. The Italian government has proposed a budget with a deficit of 2.4% for the next three years. This will likely be rejected by the European Commission in October which then opens the door for additional debates and even more friction. In the mean-time, questions will also emanate around what rating agencies might do in response to this push away from austerity, and this sets the stage for what could become a contentions Q4 in the Euro-Zone.

There is some additional context of note here: The ECB is set to begin tapering bond purchases as we trade into next month, and we’ve started to see growing spreads between European sovereigns and this, of course, has hit Italy. This puts the Italian economy in a more challenging spot with ECB stress tests around-the-corner, and we had previously heard rumors of the potential resignation of Economy Minister Tria; and that certainly would not help matters in the short-term as it would be yet another dose of uncertainty added to the equation.

In EUR/USD, that theme of strength that showed from mid-August (and held well into September) is now in question after two really bad days saw prices push down to that key support level of 1.1530.

Coming into September, we looked at a bearish setup in the DAX as prices began to test the under-side of a long-term trend-line. That weakness held through the first week of the month, but this was soon followed by a pullback to the same resistance zone that we had looked at previously. After grinding at that level for a week, including a resistance test again there yesterday, bears have taken over in the closing hours of Q3 to push prices-lower.

This now continues the three-month pattern of lower-lows and lower-highs in the index, and the focus for Q4 will be on whether that weakness can continue, and whether we push back-down for a re-test of the March lows.

It’s not all doom-and-gloom in equity land. The Nikkei continued its bullish breakout to run up to fresh 27-year highs. It’s been a remarkable showing in the index after spending most of the summer with resistance at a key area. That key area was the 50% marker of the 28-year move, and as we looked at coming into September – this level helped to build an ascending triangle formation, which will often be approached in a bullish fashion. Each resistance inflection appeared to bring a waning response until, eventually, bears could hold resistance no more.

US Dollar Comes into Q4 With a Number of Questions

As of a few days ago, all signs appeared set for a re-emergence of the US Dollar’s bearish trend that dominated the currency’s price action in 2018. Last week even produced a downside breakout to a fresh low, combined with a continuation of resistance at prior support as bears continued to push a series of lower-lows and lower-highs.

But – a really strong two day showing has brought that into question, and prices are now right back into that area of 95.00-95.53 that held resistance and then support for the bulk of Q3.

Given longer-term charts, we’d likely want to await some clarity here after what’s been a contentious four months of grind. June’s spinning top led into July’s Doji and then an Inverted Hammer in August. So far this month, we have another Doji. And while one indecision formation can be workable, and in some cases two consecutive indecision signals could be used; four consecutive months of indecisive price action highlights that longer-term trends are not currently at work. A bullish break above the 96.47 level could open the door to up-side, while a reversion to weakness and a break below the June low at 93.20 could re-open the door to strategies of bearish continuation. Until then, matters remain dicey.